The Media's Year of Trump Hating 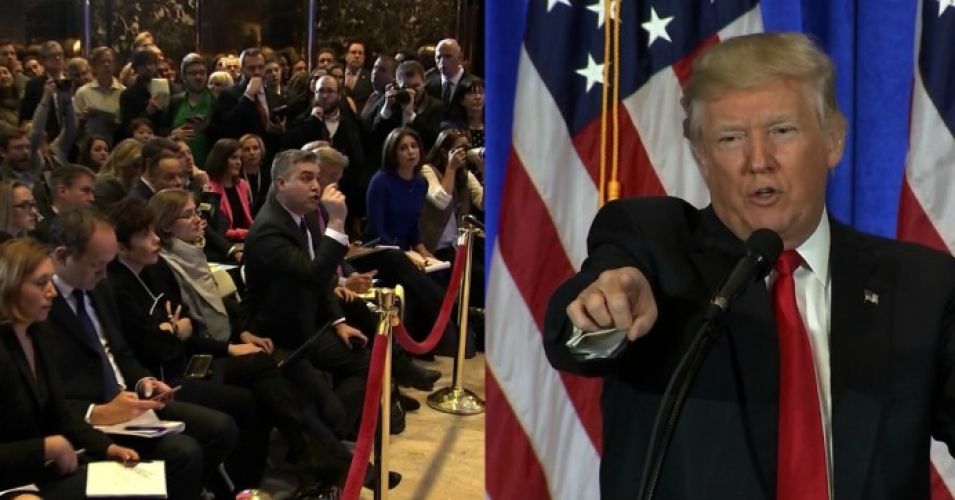 As we approach the first anniversary of Donald Trump's inauguration, it is painfully obvious that our "news" providers are a highly agitated brigade of the "Resistance." A new Media Research Center study finds that from Jan. 20, 2017, through Dec. 31, 2017, the evening news shows on ABC, CBS and NBC were overwhelmingly hostile in both content and tone.

The study, co-authored by Rich Noyes and Mike Ciandella, comes with a jarring headline: "2017: The Year the Media Went to War Against a President." It is indisputable that no president in the history of the republic has been visited by such vitriol from the press. It is not to say that some of the negative coverage hasn't been deserved. But no man this side of Rep. Maxine Waters can defend their overwhelming hostility as fairness.

Removing the statements made by Trump and other politicians, 90 percent of evening-news Trump evaluations were negative, and only 10 percent were positive. (Neutral statements were not counted.) There were only three months in 2017 during which the negative coverage dipped below 90 percent. For instance, it was 85 percent negative in December, when Trump succeeded in getting his tax-cut bill passed.

The numbers don't tell the whole story. The qualitative measurement is just as awful. Trump news isn't mildly negative, like "the president's message failed to resonate today." The network anchors have felt compelled to signal that Trump is so undesirable he should be removed from office.

Just over a month into the presidency, then-CBS anchorman Scott Pelley pressured Democrat Leon Panetta, former CIA director and secretary of defense, by saying, "Is it appropriate to ask whether the president is having difficulty with rationality?"

The Clinton die-hards couldn't stop reporting on their suspicion that the Russians colluded with the Trump campaign to beat Hillary Clinton.

The Russia probe was the networks' favorite topic last year, resulting in an astonishing 20 hours and 34 minutes of coverage, or more than one-fifth of all Trump coverage.

Nobody rooted for Trump to succeed and pass legislation as they did for former President Barack Obama. In 2009, then-NBC host Matt Lauer badgered Republican Party strategist Karl Rove on the stimulus-package vote. He complained: "If you add up the House and the Senate, we have what, 219 Republicans? All but three of them voted against ... this plan. ... Two hundred and sixteen Republicans seem to have placed a bet on failure."

That spin didn't happen when House Democrats unanimously voted no on the Trump tax cut. Instead, NBC anchor Lester Holt sounded like a Democratic National Committee press release when he said: "Unable to repeal and replace Obamacare, Republicans are instead trying to undermine it. Is this a body blow to Obamacare?"

To the press, repealing anything Obama installed isn't an "achievement." It's a disastrous setback. Some of the repeal happened without much media protest. Trump's attempts to deregulate the economy barely drew 11 minutes of coverage. Trump's approval of new oil pipelines drew just over seven minutes.

Oversight on their part? In a way, yes. They have other more pressing matters on their plates.

They prefer reporting their Gaffe of the Day. Here's another number that proves the media's aggression: When the Washington Post reported that Trump referred to some immigrants as coming from "s—-hole countries," it became an intensely negative news story. CNN was the most intense of all. In the first full day after this story broke, it put decency aside and the word "s—-hole" was said on air 195 times, according to Newsbusters staff. The cursing also appeared for days on screen.

Those screens, in turn, grace airport terminals, doctors' offices and even schools all across America. Millions upon millions of Americans were offended. But for CNN, the effort was worth the insult if it could also damage the president it despises.