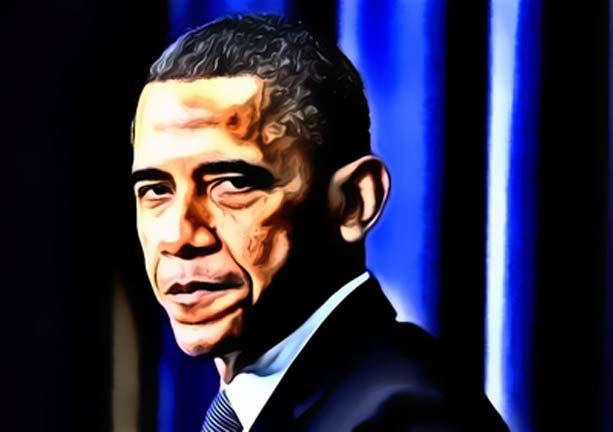 Donald Trump will give his closely watched inaugural address this week. It will be a great one. Trust him. Fantastic, even. Possibly beyond belief. Because he's a great speech-giver. Everyone knows that. He does, too.

But before then, Barack Obama - remember him? - gave a farewell address to Americans, many of whom have stopped paying attention to a lame duck and all his goodbyes.

The president's 51-minute, nationally televised address from Chicago was his 3,575th set of remarks, according to CBS' Mark Knoller, unofficial White House stat-keeper. Obama's speech, however, drew a TV audience considerably smaller than one that watched an obscure NFL playoff game two days before.

Obama took half of December off after a year-end news conference. He's still appointing boards and commissions to place supporters in jobs before the other guy takes over. He will increase his record number of drug-dealer prison commutations. More GuantĂˇnamo releases are scheduled.

Usually, retiring presidents speak of relief about shedding the burdens of commander in chief and flee back home on a final complimentary flight aboard a plane no longer called Air Force One without the new president on it.

The Obamas will, indeed, take that final post-inaugural Air Force flight - but only for a vacation. For the first time in almost a century, the immediate ex-president will continue residing in Washington, ostensibly while a daughter finishes the second half of high school.

The Obama era of division, stale economic growth, partisan gridlock and excuses has been a long one - 2,922 days, to be exact, or 4,207,680 minutes. So you'll excuse veteran observers of the Chicagoan for detecting an actual political reason behind his rental of a D.C. mansion instead of returning to his own in the free-fire zone that is the Windy City's South Side these days.

Those Obama farewell parties were as fake as most of his photo ops. The 55-year-old Democrat ain't really leaving. Thanks in large part to his own failures and arrogance, Obama is all that Democrats have left for national party leadership. He's already rented office space.

Under Obama, Democrats lost 12 governorships, 13 seats in the Senate and 57 in the House of Representatives, nearly 900 state legislative seats and control of 27 state chambers. Republicans now hold 33 governorships and control both houses in 25 of those states.

"It has been the honor of my life to serve you," Obama said. "I won't stop. In fact, I will be right there with you, as a citizen, for all my days that remain."

Indeed, Obama can help as an effective fundraiser. He did 450 of them in his 417 weeks in office, including two the afternoon following the murder of four Americans left stranded in Benghazi, Libya.

Given devastating election results since 2010, when Obama rammed Obamacare through Congress without a single GOP vote, Republicans surely hope he sticks around to kibitz Trump ardently.

Obama modestly, but no doubt sincerely, proclaimed recently that he could have won another four years without that two-term Constitution thing. And he's told voters in the last two election cycles that although he wasn't on the ballot, his policies were. But now, his policies and executive orders are at the mercy of a new president who has vowed to repeal, disassemble and countermand many of them.

Obama's I'm-sticking-around farewell words were part pep rally and part inflated boasts. He claimed responsibility, for instance, for producing marriage equality, which he opposed until the 2012 re-election campaign, when the Supreme Court actually made the ruling.

Obama also hailed health care costs increasing at the lowest rate in a half-century, hardly his original promise of lowering typical family premiums by $2,500 per year.

And Obama's remarks were part warning of the dangers of corrosive partisan divisions, strange words from a man who refused to meet with the Republican Senate leader for 542 days.

In terms of farewell words, Obama's were bountiful - more than 4,250 - more than twice as long as President Dwight Eisenhower's historic 1961 farewell warning of the developing dangers of a military-industrial complex.

Obama's were, however, fewer than the 6,100 words in George Washington's farewell address. As a Revolutionary War hero and the country's first president, Washington was probably entitled to a little grandiloquent verbosity.

In that speech in 1796, the United States' first commander in chief saw fit to mention himself 35 times. As the 44th president, in 2,000 fewer words, Obama almost matched the Founding Father at 30 self-mentions.