Why Dems should support Scalia-like nominee to Supreme Court 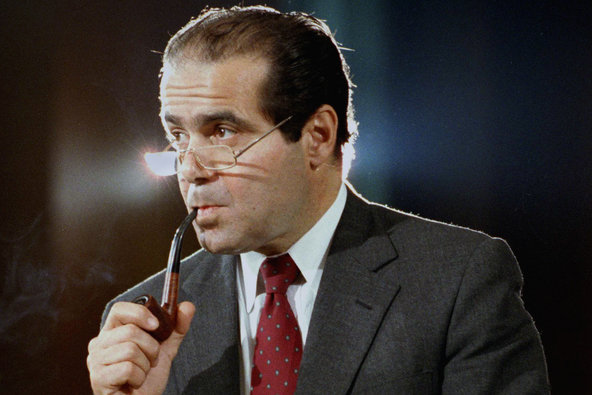 Is it possible -- perhaps even likely -- that terrified liberals and are right about President ?

Yes. I want to be fair here. It's quite possible they are right.

Trump's politics and policies frighten them, but also his personality, even his facial expressions.

And so the smell of burning Democratic hair wafts over America, and through much of the media, as the political theater of the left becomes not only increasingly noisy but also increasingly violent and hostile.

That odor carries the scent of judgment, a scent of warnings unheeded over years, as Democrat and Republican establishments encouraged the growth of imperial presidential power under presidents Bush and Obama.

What truly scares the left -- and many establishment -- is that President Trump is the most powerful man on Earth, and he's told them to go (jump off a cliff).

He holds the awesome power of the federal hammer in his hands.

And now, he's exactly the kind of imperial president they never, ever wanted.

Yet there is a solution that may just rid the air of burning hair.

If are serious with all their caterwauling and shrieking about Trump, if they are truly worried about a chief executive running amok, there's one thing they must do:

Support Trump's nomination of a conservative candidate for the in the mold of the late, great Justice .

If not, then all the Democratic hair-on-fire theatrics, all the hand-wringing about Trump and "alternative facts" when they were silent about Obama administration falsehoods -- it all tells Americans a story.

It tells Americans that aren't remotely serious, and that all the left is really doing is screaming about lost power.

"For most of the 2016 campaign, the very idea of 'President Trump' seemed like a thought experiment a libertarian might have invented to get a liberal friend to focus on the dangers of concentrated power," wrote in a piece for the libertarian journal Reason a few weeks ago. "Now it's an experiment we're going to run in real life, starting ."

That experiment is underway, and media reports refer to the "Scalia-ness" of the Trump nominees.

And so, if you're truly worried about Trump's overreach, you'll demand an originalist on the .

What the nation needs now is someone who understands that the was written not to bow to the impulses of an imperial presidential personality, but to hold it in check and protect our liberty.

Yet for decades, the bipartisan establishment didn't care. Some years, held the presidential hammer and other years, held it.

sometimes complained about referring to a "living document," but they, too, used that idea of a malleable and an increasingly muscular executive.

"Living document" was a cheap line offered by establishment hacks to accommodate power. It was all an inside game, an establishment game, an understanding among elites that the presidency was their federal hammer, not the people's.

It allowed liberal courts to legislate from the bench. It removed responsibility from an increasingly supine that deferred to the presidency. And it put the people on the outside, where the establishment wanted them. That's corrosive, and it erupted with Trump.

One who recognized this long-term danger to the republic was . Campaigning for the presidency in 2008, he rightly chastised President .

"I taught constitutional law for 10 years," candidate Obama said in 2008 on . "I take the very seriously. The biggest problems that we're facing right now have to do with trying to bring more and more power into the executive branch and not go through at all. And that's what I intend to reverse when I'm president of ."

He took it seriously all right. Obama seriously grabbed even more power. When the had control of , he pushed through his Obamacare health plan, now falling of its own weight.

That cost the control, and when he was at an impasse with a Republican-dominated , he tossed his concerns about an imperial presidency out the window.

And he announced he'd bypass . "I've got a pen and I've got a phone," he said, and began writing his own laws, like a boss.

weren't merely silent as Obama took extra-constitutional steps. They were overjoyed, because he was their guy.

So came Obama's policy, and missile strikes there without Congressional authorization; the targeting of journalists who irked him; the unleashing of the on conservative organizations; and the secret surveillance of Americans by the . director famously lied to about it.

The way to stop this is to hold the close. And to have justices interpret the just as it was written, for this very reason: American liberty.