A dog's purpose may be connected to our own 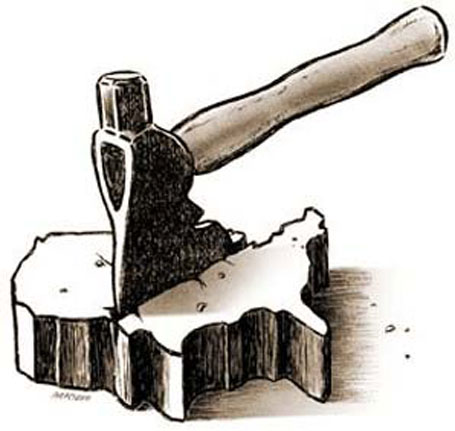 In a week where the big theme was how we are going to treat each other, two stories jumped out about how we treat our dogs.

The first became an internet tornado after a leaked video from the set of the movie "A Dog's Purpose" was released through TMZ.

That video shows a German shepherd named Hercules being forced into a pool of churning water, meant to simulate a rushing river.

The clearly reluctant dog is lowered into the artificial rapids, pulled back and forcibly lowered again.

The video then cuts to the dog in the water reaching the end of the pool and his head briefly submerging, with set workers rushing and someone yelling, "Cut it!"

Viewers were outraged. The comments were furious. Not surprisingly, PETA (People for the Ethical Treatment of Animals) immediately called for a boycott of the film, "in order to send the message that dogs and other animals should be treated humanely, not as movie props."

And despite the fact that the video was clearly edited, and that the person who released it waited 15 months to do so, and that after viewing the entire footage of the shooting day, the director, writer/producer and others involved came out saying the video was deliberately misleading, the animal was well-protected, and Hercules is safe, happy and not in any way hurt -- nonetheless, the studio canceled the movie's premiere and its press junket.

The second incident happened in Detroit, where the Michigan Humane Society got a call about a brown Rottweiler who appeared to have had his ears and nose cut off.

A photo of the dog, which also had deep cuts to its legs and tail, went viral. Stories ran around the country. It is impossible to look at this picture and not feel a sense of horror and empathy. It literally looks as if someone sliced off body parts as if carving up a carcass.

"This is something that everyone should take seriously, whether a victim is a child or a dog," Matt Pepper, the CEO of the Michigan Humane Society, told me last week. "Victims are victims. And violence is violence. There is a significant amount of evidence that connects animal cruelty to human violence.

He's right. The image was horrific. It stays with me as I write this. It must have done the same to many others, as the reward being offered toward the arrest of the perpetrator is now, thanks to donations, north of $32,000.

Why do I bring these stories up today? Perhaps because, in a week in which a new president's inauguration stirred such anger between us, we should remember the value of another human trait: compassion.

It seems far easier to stir compassion for dogs these days than for one another. Whether it's a rush to judgment on a movie set video or nationwide outrage through a single photo of a wounded dog, we are, clearly, capable of empathy, shared empathy that doesn't have to originate with us or be defined by a party, a position or anything else.

Even though the movie outrage may have been premature, the urge to protect that German shepherd and concern for the wounded Rottweiler comes from good intent. But it's something we need to pull from the quiver of "only for animals" and somehow employ in the rest of our lives.

I don't know about you, but by this point in the weekend, I could use a brief break from stories about President Donald Trump: good, bad, praising, critical, analytical, hypocritical. It all feels like so much noise, a blaring of horns that won't stop today or tomorrow or the next day.

So maybe there is comfort is something simpler: the uniting concern we show our furry friends. As last week's incidents prove, we are, as humans, capable of great cruelty, but of even greater kindness. Maybe that's a Dog's Purpose. It certainly should be ours.