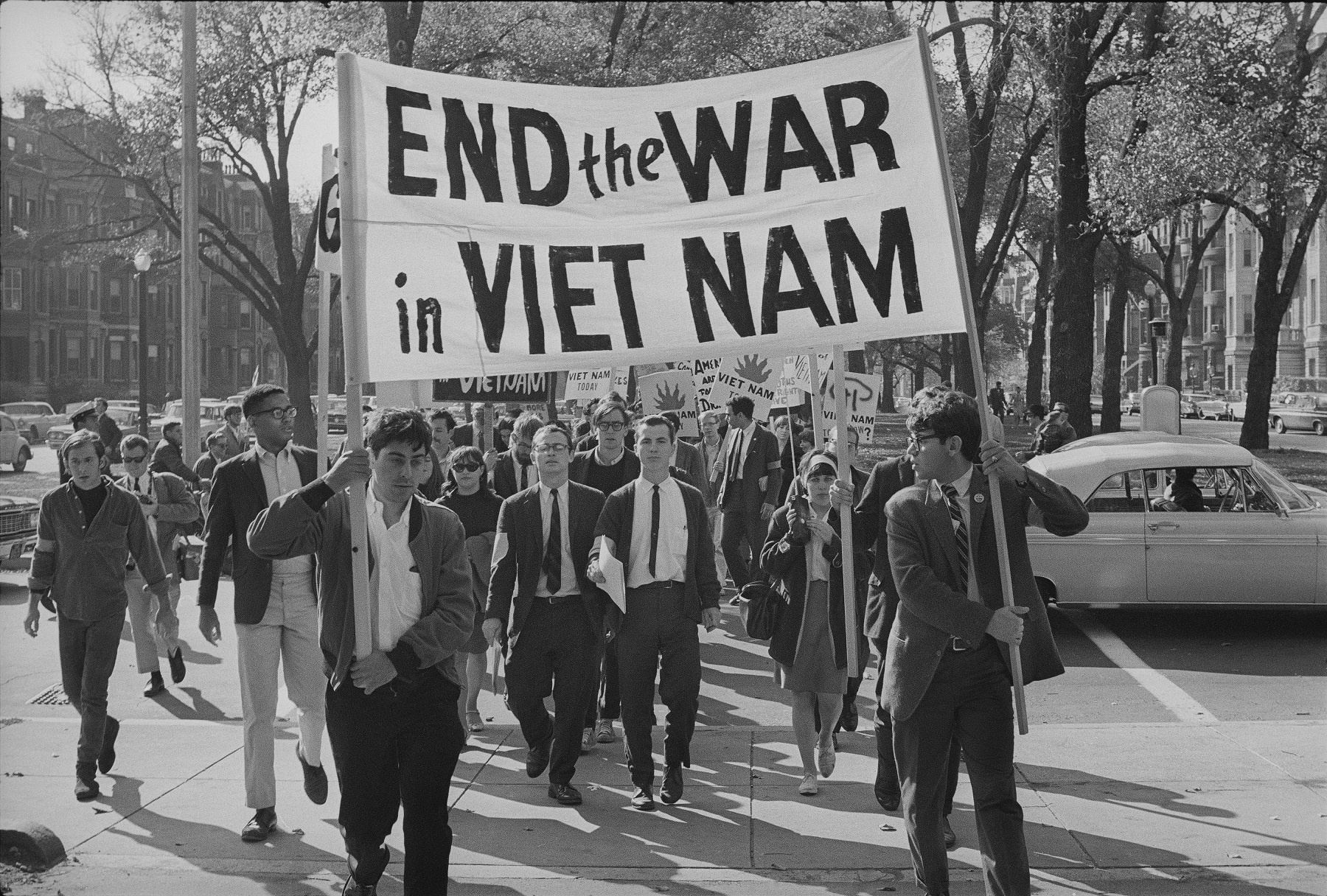 Many Americans' moral vanity is expressed nowadays in their rage to disparage.

They are incapable of measured judgments about past politics -- about flawed historical figures who were forced by cascading circumstances to make difficult decisions on the basis of imperfect information. So, the nation now needs an example of how to calmly assess episodes fraught with passion and sorrow. An example arrives September 17.

For 10 nights on PBS, Ken Burns' and Lynn Novick's "The Vietnam War," 10 years in the making and 18 hours in length, tells the story of a war "begun in good faith by decent people, out of fateful misunderstandings," and "prolonged because it seemed easier to muddle through than admit that it had been caused by tragic decisions" during five presidencies.

The combat films are extraordinary; the recollections and reflections of combatants and others on both sides are even more so, featuring photos of them then and interviews with many of them now.

A 1951 photo shows a congressman named John Kennedy dining in Saigon. There is an interview with Le Quan Cong, who became a guerilla fighter in 1951, at age 12. Viewers will meet Madame Le Minh Khue, who was 16 when she joined the "Youth Shock Brigade for National Salvation": "I love Hemingway. I learned from 'For Whom the Bell Tolls.' Like the resourcefulness of the man who destroys the bridge. I saw how he coped with war, and I learned from that character." As did another combatant who loves that novel, John McCain.

Eleven years after his Saigon dinner, President Kennedy said, "We have not sent combat troops in the generally understood sense of the word." Obliqueness and evasions greased the slide into a ground war of attrition. Kennedy, his successor (who said, "Foreigners are not like the folks I'm used to") and their advisers were determined not to make the Munich mistake of confronting an enemy tardily.

Tapes of Lyndon Johnson's telephone conversations with advisers are haunting and horrifying: To national security adviser McGeorge Bundy: "What the hell am I ordering [those kids] out there for?"

In 1966 alone, eighteen large-scale U.S. offensives left more than 3 million South Vietnamese -- approximately one-fifth of the country's population -- homeless. Just on the Laos portion of the Ho Chi Minh Trail, more tons of bombs -- 3 million tons -- were dropped than fell on Germany and Japan during World War II. By body counts, America was winning. As an Army adviser says in episode 4, "If you can't count what's important, you make what you can count important."

Vincent Okamoto earned in Vietnam the Army's second-highest honor, the Distinguished Service Cross. He recalls the platoon he led:

"Nineteen-, 20-year-old high school dropouts ... they looked upon military service as like the weather: you had to go in, and you'd do it. But to see these kids, who had the least to gain, there wasn't anything to look forward to. ... And yet, their infinite patience, their loyalty to each other, their courage under fire. ... You would ask yourself, 'How does America produce young men like this?'"

Or like Okamoto. He was born during World War II in Arizona, in a Japanese-American internment camp. Karl Marlantes, a Rhodes Scholar from Yale who voluntarily left Oxford for Marine service in Vietnam, recalls a fellow lieutenant radioing to battalion headquarters over 20 kilometers away the fact that he had spotted a convoy of trucks.

The battalion commander replied that this was impossible because intelligence operatives reported no trucks near there. In a Texas drawl the lieutenant replied: "Be advised. I am where I am and you are where you are. Where I am, I see goddamned trucks."

Weary of hearing the prudence that was so painfully learned in Indochina derided as the "Vietnam syndrome," Marlantes says (in his Wall Street Journal review of Mark Bowden's book "Hue 1968"): "If by Vietnam syndrome we mean the belief that the U.S. should never again engage in

(a) military interventions in foreign civil wars without clear objectives and a clear exit strategy,

(b) 'nation building' in countries about whose history and culture we are ignorant, and

(c) sacrificing our children when our lives, way of life, or 'government of, by, and for the people' are not directly threatened, then we should never get over Vietnam syndrome. It's not an illness; it's a vaccination."

The Burns/Novick masterpiece is, in Marlantes' words about Bowden's book, "a powerful booster shot."