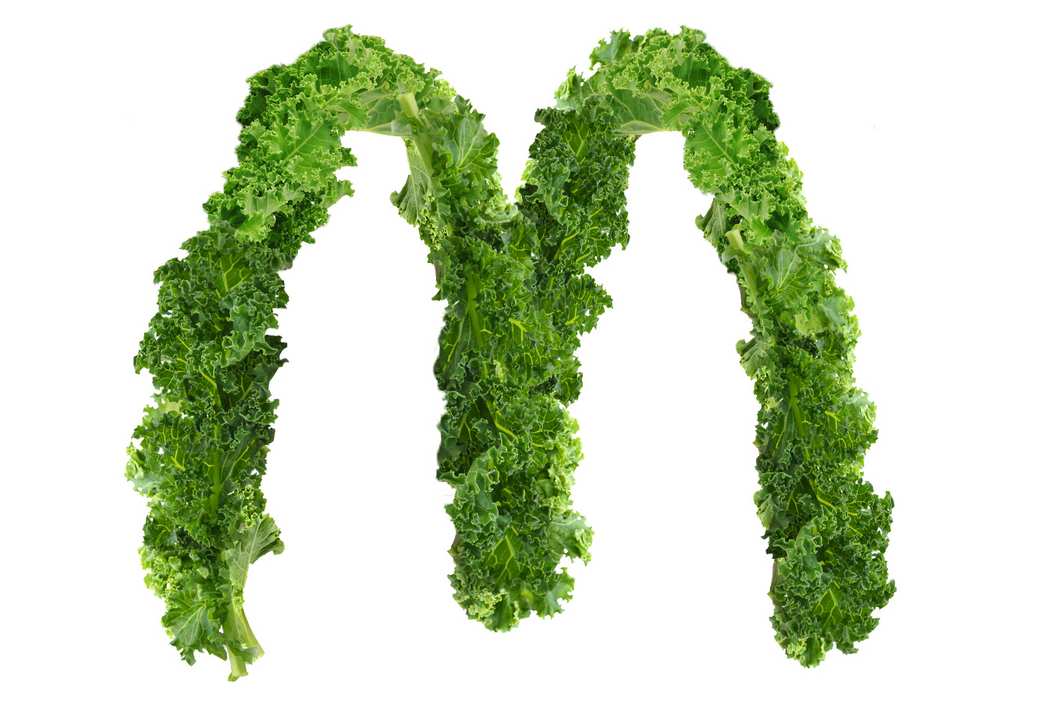 In January, McDonald's, leaning against the winds of fashion, said kale would never replace lettuce on its burgers. In May, however, it said it will test kale in a breakfast meal (breakfast is about 25 percent of McDonald's sales). Kale might or might not cause construction workers to turn at 6 a.m. into McDonald's drive-through lines, where approximately two-thirds of McDonald's customers place their orders.

McDonald's also says its milk will soon be without artificial growth hormones, and chicken (McDonald's sells more of it than of beef) will be free of human antibiotics. All these might be good business decisions and as socially responsible as can be. They certainly pertain to McDonald's new mantra about being a "modern, progressive burger company," whatever that means.

The meaning will perhaps be explained by the progressive burger company's new spokesman, Robert Gibbs, formerly Barack Obama's spokesman and MSNBC contributor. McDonald's British-born chief executive, Steve Easterbrook, clarifies things, sort of, while speaking a strange business dialect: McDonald's will be "more progressive around our social purpose in order to deepen our relationships with communities on the issues that matter to them."

Suppose, however, you just want a burger and fries, not social purposes and relationships? You might prefer Five Guys or Shake Shack, where the burgers taste fine even without the condiment of community uplift. Five Guys and Shake Shack are pipsqueaks, with about 1,000 and 63 restaurants, respectively. McDonald's, which has more than 36,000 — 14,300 in the United States — will open more than 1,000 new ones this year.

Although McDonald's burgers ranked 21st in a recent Consumer Reportssurvey of 21 brands, this $81 billion company will not founder because of the small but growing cohort of customers who like the burger equivalent of microbrews. But another behemoth, Budweiser, is experiencing McDonald's-like difficulties.

Budweiser's problem is not just that the number of barrels it sells has declined for 25 years, from almost 50 million in 1988 to 16 million in 2013. (Budweiser has been partly cannibalized by Bud Light, which in 2001 displaced Budweiser as the United States' top-selling beer.) The ominous fact is that 44 percent of 21- to 27-year-old drinkers have never tasted Budweiser. They prefer craft beers from microbreweries. A craft brewer is one that ships 6 million or fewer barrels a year. In 2013, craft brewers shipped more than Bud did. Budweiser's response has included this truculent ad:

"Proudly a macro beer. It's not brewed to be fussed over. . . . It's brewed for drinking. Not dissecting. . . . Let them sip their pumpkin peach ale."

This is an interesting approach to potential customers, calling craft beer drinkers ("them") pretentious twits. If this is unavailing, Budweiser could try becoming a modern, progressive beer company with social purposes to deepen relationships with various communities, maybe even including people who just want a beer.

McDonald's has been serving burgers since Ray Kroc opened his first store in Des Plaines, Ill., in April 1955. Many billions of burgers later, however, it has had an epiphany: Henceforth it will toast the buns longer and sear the beef patties differently. Its 60-year learning curve bends imperceptibly, which helps explain sagging revenues — down almost 15 percent last year.

Recently, McDonald's ("I'm lovin' it") briefly instituted an excruciating policy of inviting randomly selected customers to "Pay with Lovin'?" for their meals. Customers could call their mothers, ask another customer to dance, or perform some other act to enlarge the universe's stock of love.

Shortly thereafter, Starbucks, which evidently thinks Americans do not obsess sufficiently about race, tried to enlist customers in conversations about that subject. After six days, this project died of derision from Starbucks's customers, many of whom go there for coffee, not a seminar.

McDonald's, deep in an identity crisis, is awakening tardily to Ira Gershwin's truth: The Rockies may crumble, Gibraltar may tumble, they're only made of clay. Everything is perishable, and history is a story of vanished supremacies. Easterbrook, channeling his inner Hillary Clinton, vows to "reset" McDonald's. Perhaps his reset will go better than hers did with Vladimir Putin.

Progressives are forever telling us who is and who is not on "the right side of history." Many fastidious progressives deplore, and try to control (witness San Francisco's current crusade against soft drinks), other people's food choices. It will be instructive watching the progressive burger company try to persuade its chosen constituents to stop at McDonald's on the way home from Whole Foods, their environmentally responsible, because reusable, shopping bags overflowing with kale.