The signs weren't missed, they were ignored 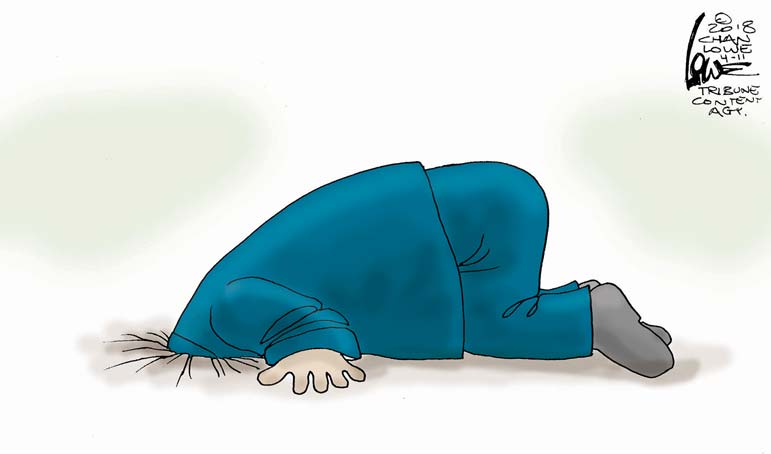 As has been the case with so many other school shootings over several years, last week's murder spree at Oxford High School in suburban Detroit might have been avoided if actions had been taken in the face of several obvious warning signs.

Ethan Crumbley, 15, is charged with murdering four of his fellow students and wounding with intent to kill seven others. He has also been charged with terrorism.

There were a series of signs leading up to this tragedy — as there usually are — that should have alerted people that Crumbley was a serious threat.

He had displayed disciplinary problems for some time. On the day of the shooting, he was summoned to the school office after misbehaving. His parents were also called in, an indication that officials were taking this latest incident more seriously than previous ones.

Oakland prosecutor Karen McDonald told CNN there is a "strong possibility" Crumbley had the gun used in the killings in his backpack when he met with school officials and his parents. Did no one think it unusual, if not suspicious, that Crumbley would bring the backpack with him, instead of leaving it in his locker or the classroom? Why didn't someone ask him to open the backpack and check its contents?

Crumbley's parents, James and Jennifer Crumbley, have been charged with four counts each of homicide and involuntary manslaughter. James Crumbley reportedly bought the gun Ethan is charged with using in the murders and gave it to his son. Why would a father do that and why was the weapon not properly secured so it could not be taken anywhere without parental notice, permission and supervision, especially to school? Did Ethan ask his father to purchase the gun for him? What reason did he give? Did James Crumbley ask him? Why would a father give a gun to a son with a record of disciplinary problems?

In a bizarre twist, the Daily Mail reported Jennifer Crumbley wrote then president-elect Donald Trump in November 2016, thanking him for his support of the right to bear arms and describing her son's struggles in school. She added that as a realtor she is grateful for the right to carry a gun because it "(allows) me to be protected if I show a home to someone with bad intentions."

In a search of Ethan Crumbley's cellphone, police found detailed descriptions of his wish to kill classmates. They say he also had a journal and in at least one social media post expressed elation that he had access to a handgun purchased by his father. Did no one else — classmates, administrators or parents — see or know about any of this? If they did, why was it not reported to authorities? How many times must we hear "if you see something, say something" before someone says something? Why must we always wonder after the fact why no one spoke up?

At his arraignment, Crumbley's lawyer entered a not guilty plea. Ethan is said not to be talking to investigators.

It is a sad commentary on the times in which we live that police officers are increasingly present outside and inside some schools and even churches. Will metal detectors be next? No parent should have to worry that sending their child off to school in the morning might be the last time they see them alive.

What happened at Oxford High School was pure evil, but evil can be resisted and overcome if people are pro-active in their thinking. It's sad to think in these terms, but potentially much sadder and intolerable if we don't.