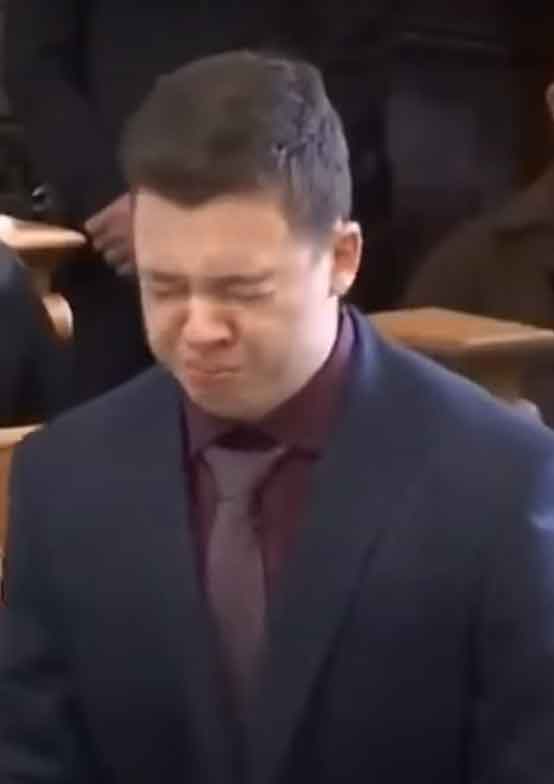 Before the right to keep and bear arms is stated in the Second Amendment, the Founders wrote why they believed it necessary for people to arm themselves as part of a "militia." They said it is a "necessity to the security of a free state."

The Founders knew that liberty is not the natural state of humanity and must be defended against government authorities and lawbreakers who try to limit or abolish it. That is why the Preamble to the Constitution begins: "We the people," not you the government.

Familiar statements followed the acquittal of Kyle Rittenhouse by a Kenosha, Wisconsin, jury on charges he murdered two men and wounded a third: We need more gun control. Rittenhouse was a vigilante. The mostly white jury's verdict again demonstrates unequal justice for Blacks and whites.

Jurors, who were selected by Rittenhouse in a random draw, included seven women and five men. All but one was white. Rittenhouse and those he shot are white.

It is difficult to precisely identify motives, but one possible cause of Rittenhouse's decision to go to Kenosha may have been what he saw as a necessity to secure a free state.

Consider the rioting, looting, and burning of businesses he likely witnessed on TV. Scenes from Portland, Oregon, and other cities might have motivated him. He likely saw police stand down, possibly out of fear they would be recorded on a cellphone camera and have it twisted into police brutality with the help of the media.

Judge Schroeder delivered what a Chicago Tribune reporter called "a long rant" about media coverage of the trial. The judge specifically referenced a CNN report in which two legal analysts questioned his rulings.

One was a comment by CNN's Areva Martin, a civil rights lawyer, who said Schroeder's decision to prohibit the use of the word "victims" was "incomprehensible." The other target of Schroeder's wrath was Jeffrey Toobin. He called the judge's ruling allowing the defense to present evidence suggesting the men Rittenhouse shot participated in rioting, looting or arson, a "really unnecessary and unfortunate beginning to this really important case."

Schroeder also criticized media accounts referencing how he had been reversed in a murder trial that resulted in a life sentence. While Schroeder acknowledged he was reversed in 2008, he claimed vindication when a higher court reversed the lower court decision. "I was right," he said.

Back to the idea of a militia, a subject that has been and continues to be debated among legal scholars. The Second Amendment presumes that individuals are the first line of defense against government tyranny and lawlessness. The police can't be everywhere and during recent riots in major cities, they were sometimes nowhere.

Videos of looters in San Francisco and other cities where district attorneys seemingly refuse to prosecute cases involving thefts of items priced under a certain amount, plus the release of criminals, some of whom go on to commit new crimes, suggest the lawless are increasingly calling "the shots." Police officers have resigned, retired early, or pulled back from doing their jobs because of the way they have been treated and prematurely judged.

If confronted by someone seeking to loot, destroy your business, or kill you, would you see your armed self as the best defense, or would you call 911, hoping the police will show up in time, if at all? Or would you be glad that a Kyle Rittenhouse is patrolling your streets like a neighborhood watchman, doing the job the police are unable, or reluctant to do?