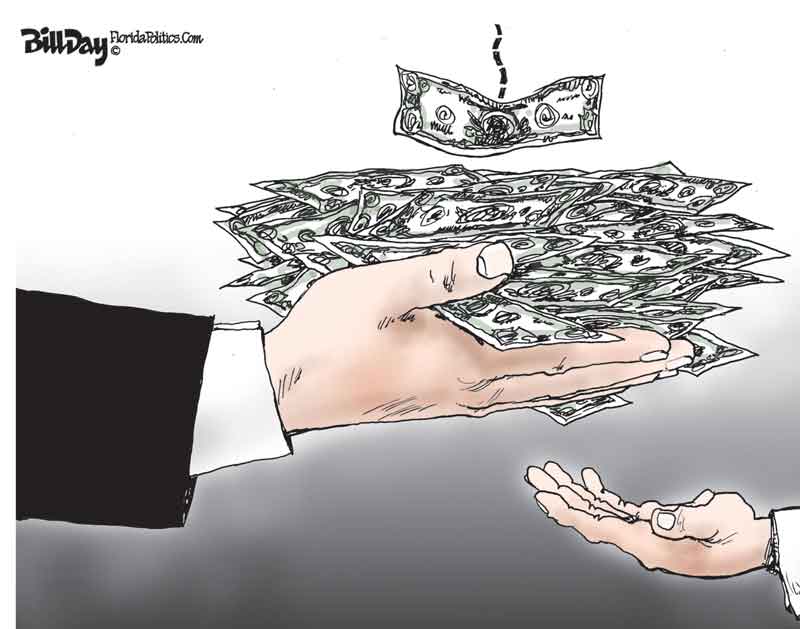 It's open enrollment season for Medicare. Local TV stations and cable networks are flooded with ads for various insurance supplements. They promise "free" dental care, free transportation to doctors, free drugs, free dentures, and lots of other free stuff. Paid spokespersons speak of "benefits" and "entitlements." They say subscribers could receive as much as $100 a month back into their Social Security checks. Even the phone number to call to sign up is "absolutely free." Read the small print and you'll find that some of the plans vary by region, some by ZIP code. Sometimes there's a nominal cost, so it's not actually "free." Call a "licensed" insurance agent for more details. Licensed by whom? Probably the companies selling the plans.

Notice the use of certain words and how they also are used by politicians to dupe people into believing they are not getting what they "deserve" because "the rich" â€“ those predatory, stingy, and greedy people — are not paying their "fair share" in taxes.

Selective language has long been used by snake oil salesmen and politicians to flim-flam the public. That is why propaganda messages from dictators are effective. President Biden's falling approval numbers suggest a dwindling number of people believe his claim that taxing billionaires will pay for the trillions he wants to spend. Even the word "infrastructure" is manipulative because only a small percentage of the proposed spending is targeted to repair roads, bridges, and airports. The rest will be spent on other things unrelated to infrastructure and drive us deeper into debt, along with a separate social spending bill to expand "entitlements" that will addict more people to government.

People not only have to read between the lines to find the truth, but also explore different sources of information. If you read only, say, The Washington Post and The New York Times and watch CNN and MSNBC, you will likely believe what comes from their worldview â€“ government is good and here to help you, at least when Democrats are in control. If you read other publications, say, The Washington Times and The Wall Street Journal, watch Fox News and listen to conservative talk radio, you will learn things you didn't know by consuming only left-of-center media. The media also have the power to ignore certain subjects that would give consumers a more balanced information diet.

The problem is that too many people read and tune into only those sources that reinforce what they already believe. That, too, is a type of propaganda.

In a letter to the editor of The Wall Street Journal, Daniel C. Oliverio of Buffalo, N.Y., deconstructs the "fair share" lingo with his personal story: "As a self-employed professional in a law partnership, I am one of those high-wage earners. I pay over 45 percent of my income in taxes to New York and the U.S. Treasury. That's not counting real-estate tax, both sides of Social Security and Medicare taxes, sales tax and lost deductions. I have no trust fund and can't rely on interest and dividends alone." Here's the key part which flies in the face of the envy and entitlement crowd: "I have worked and saved my whole life â€¦ I have paid my bills and aggressively funded a retirement. To hear ad nauseam the lie that I am getting away with something at tax time â€¦ is frustrating. Now President Biden wants even more on the false premise that people like me aren't paying enough. Half isn't enough?"

Once we celebrated and encouraged success. Now we subsidize mediocrity and failure. We are then surprised we are getting more of the latter and less of the former. Do your homework. Don't be manipulated by the language used by politicians and TV ads promising free stuff.