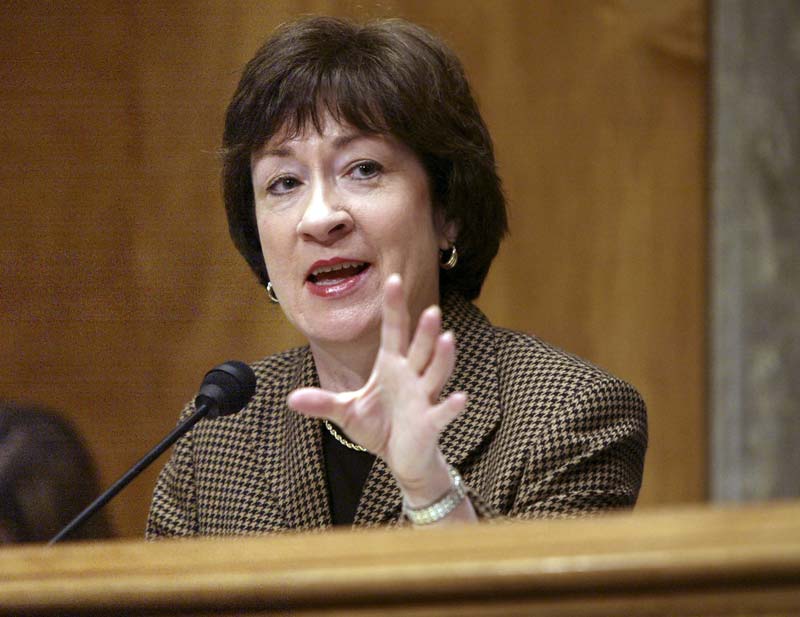 In a speech announcing her vote to confirm to the Supreme Court, Sen. (R-ME) reminded me of some of the great orators of the past. Her speech was measured in tone, substantive in content and delivered with conviction.

Collins is no conservative. She has voted in favor of abortion and same-sex marriage while towing a more moderate line on economics. Her speech supporting Kavanaugh and denouncing the smears against him and the distortion of his judicial record was as good as any delivered by her more conservative colleagues.

Collins chastised activists who sent out fundraising letters opposing nominee even before Kavanaugh was announced: "...we have seen special-interest groups whip their followers into a frenzy by spreading misrepresentations and outright falsehoods..."

She didn't mention the major media's complicity in helping those groups to publicize the falsehoods with virtually no corrections to their outlandish claims.

Noting "Our Supreme Court confirmation process has been in steady decline for more than thirty years," she added this wish: "One can only hope that the Kavanaugh nomination is where the process has finally hit rock bottom."

Given the level of virulent hatred by the left I wouldn't bet on it.

After saying she has been assured by Kavanaugh of his respect for precedent -- by which she meant fealty to Roe v. Wade and the Affordable Care Act -- she said that Kavanaugh was not a sure vote for policies of the Trump administration. She pointed out that other justices nominated by Republican presidents have voted in ways that went against their wishes, vs. Nixon being one of the more significant ones.

There was a glimmer of hope in Collins' speech for those who believe Roe was wrongly decided. She said, "There are, of course, rare and extraordinary times where the Supreme Court would rightly overturn a precedent."

In what might be one of those "carved in stone" quotes, Collins delivered her most profound line: "We must always remember that it is when passions are most inflamed that fairness is most in jeopardy."

Fairness was not just in jeopardy; it was murdered. and activists promoted inaccurate and unfair stories and treated as truth the testimony of Dr. that Kavanaugh sexually assaulted her. They did the same with others who claimed, without evidence, that Kavanaugh participated in, or was present at, alleged gang rapes fueled by drugs and alcohol.

About that Collins said, "This outlandish allegation was put forth without any credible supporting evidence and simply parroted public statements of others. That such an allegation can find its way into the Supreme Court confirmation process is a stark reminder about why the presumption of innocence is so ingrained in our American consciousness."

In this instance, the presumption of guilt was the rule. Though there were no corroborating witnesses and Ford, herself, could not remember significant details about the evening, virtually all and many Americans appeared ready to lynch Kavanaugh, causing harm to his reputation, character and grief to his family and friends, including many women who issued statements about his honor and fitness for the court.

Nearing the end of her speech, Collins said of the process surrounding the Kavanaugh nomination: "It is a case of people bearing ill will towards those who disagree with them. In our intense focus on our differences, we have forgotten the common values that bind us together as Americans."

Unfortunately, a younger generation of Americans knows little about those values. They seem to be rarely taught in public schools and universities. That is why they are slipping away. Young people would do well to be reminded of them by reading speech.