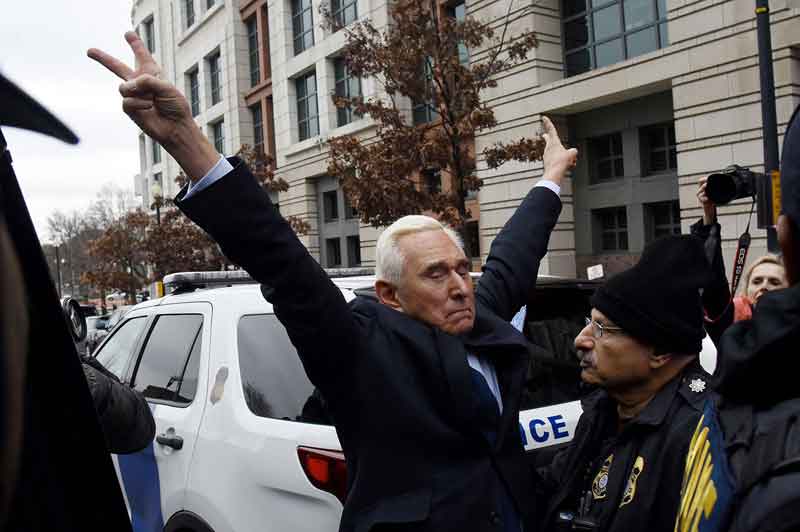 President Trump's decision to commute the prison sentence of his longtime friend and political adviser Roger Stone just days before Stone was to begin a 40-month prison sentence -- he and the president say he was falsely accused — reminded me of another man who was as loyal to his president and who did go to prison.

While the cases and outcomes are different, Stone has proclaimed a life-changing experience identical to Colson's. In an interview with The Washington Examiner three months ago, Stone said evangelist Franklin Graham had been counseling him and urged him to " . . . put my faith in G od, and confess my sins, acknowledge Jesus Christ in my life. And I have done that."

As was Colson's experience, many skeptics and political opponents will deride Stone's announcement. While some have used religion to keep out of prison, receive a lighter sentence, or be paroled early, the faith of others has proved to be genuine. Time always tells.

Stone acknowledged that some will be skeptical, even cynical, when he told the Examiner, "I'm aware of the fact there are skeptics who are going to say 'Stone is posturing. Stone is maneuvering for public sympathy,' and so on. But that's just not the case. And He, G od, knows what's in my heart."

In an increasingly secular-progressive culture where destroying one's political enemies is considered sport, many may find Stone's professed conversion hard to accept.

The list of his sins is long and very public, including those of a personal nature (he and his wife had been regular visitors to a notorious Washington, D.C., sex club). Scripture tells us, however, that G od's mercy knows no limits and that Jesus came to save all who have sinned "and fallen short of the glory of G od," as the Apostle Paul writes. Paul was the Stone and Colson of his era prior to his own conversion.

Even some critics of Colson came to grudgingly accept his faith as genuine, largely because of the Prison Fellowship ministry he founded and how he became an advocate for prisoners, ex-inmates and their families without seeking credit for himself.

Spiritual transformations can also influence others, including opponents. Former Republican strategist Lee Atwater announced his own conversion after being diagnosed with a brain tumor. He issued a statement, apologizing to political opposites he had harmed, adding: "I should have been trying to help people instead of taking advantage of them. I don't hate anyone anymore. For the first time in my life I don't hate somebody. I have nothing but good feelings toward people. I've found Jesus Christ â€“ It's that simple. He's made a difference."

In his book, "Born Again," Colson writes about meeting with a small breakfast group that included Sen. Harold Hughes (D-Iowa), a fierce Nixon opponent. He quotes Hughes: "I've learned how wrong it is to hate. For years there were men towards whom I felt consuming bitterness. I wasn't hurting them, only myself. By hating I was shutting Christ's love out of my life. One of the men I hated most was Chuck Colson, but now that we share a commitment together in Christ, I love him as my brother. I would trust him with my life, my family, with everything I have."

Find me a power in Washington or anywhere else that can produce results like that. Roger Stone says he is now plugged into that higher power. Scripture calls Him the "cornerstone."