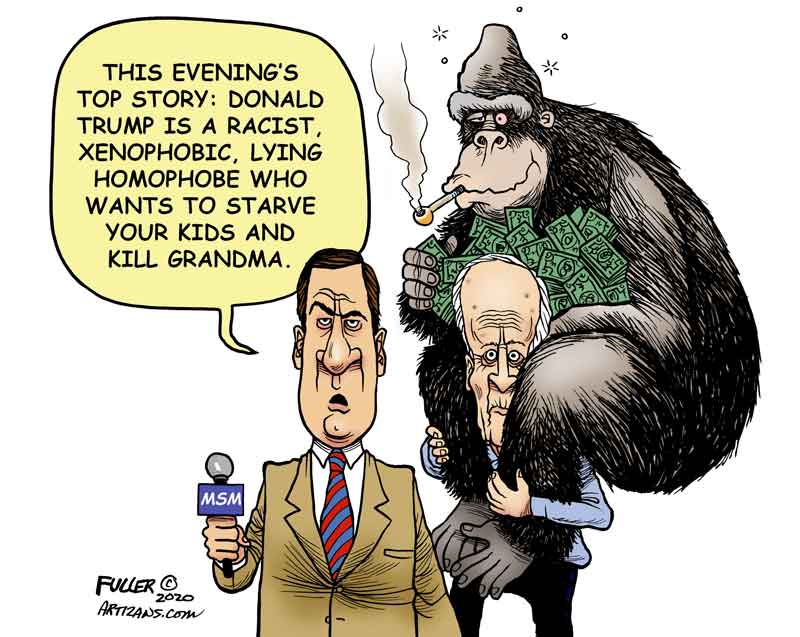 If the House January 6 committee proceeds to its seemingly predetermined conclusion that Donald Trump incited the Capitol riot and tried to reverse the results of the 2020 election and if they recommend to the Department of Justice that Trump committed criminal acts and should be prosecuted, President Biden will face a serious choice.

Biden, who promised to unite the country, but who most Republicans believe contributed to its division, could either allow the prosecution of the former president to proceed, or travel the high road taken by President Gerald Ford when he pardoned Richard Nixon for acts associated with the Watergate scandal.

If Biden chooses the former, the division will likely widen to a chasm not to be repaired for years to come. If he chooses to follow Ford's example, he would arouse the ire of progressives, but might avoid the specter I doubt most rational Americans would wish to see â€“ a former president in court and possibly in prison. Perhaps a deal could be struck. In exchange for a pardon, Trump would agree not to run for president again.

It would be difficult for any prosecutor to convince a jury (except in heavily Democratic Washington, D.C.) that Trump caused the riot by his language. In a sound bite played by the committee, it is true that Trump did urge protesters to go down to the Capitol. True, he seemed to agree with the sign brought by one protester that said, "Hang Mike Pence," but that is different from giving the order.

One can be disgusted by Trump's behavior and failure even now to accept the results of the 2020 election â€“ I am â€“ and still not want to see a precedent set that leads to the trial, conviction and imprisonment of a former president. Not only would this add fuel to the political forest fire that is already consuming the country, it would encourage some Republicans to do the same to a future Democratic president. Impeachment and indictments would become a norm, not an exception.

Those rioters who broke the law on Jan. 6, 2021 are being held accountable. More than 800 have been formally charged with criminal offenses and some have gone to prison. Others await court dates. The FBI estimates that more than 2,000 people may have been involved in the attack that day.

During the 1968 campaign, there supposedly was a teenager in Ohio who held a sign as Richard Nixon's motorcade passed by. It said, "Bring Us Together." Nixon speechwriter and later New York Times columnist William Safire said he doubted the sign ever existed, but the phrase made it into the Nixon campaign. Then, and now, it is a worthy sentiment, but an unreachable goal as both parties can't agree on our problems, much less how best to solve them.

Donald Trump would do well to withdraw from the field and allow younger and less controversial candidates to replace him. His record of policy successes while president are undeniable (except for those in denial), but his narcissistic personality contributed to his loss. It is also contributing to the work of the January 6 committee. If that committee wishes to "bring us together," it will forgo recommendations of criminal prosecution and let voters decide, as they should and ultimately will, the future of Donald Trump.