Free at last (until the next time) 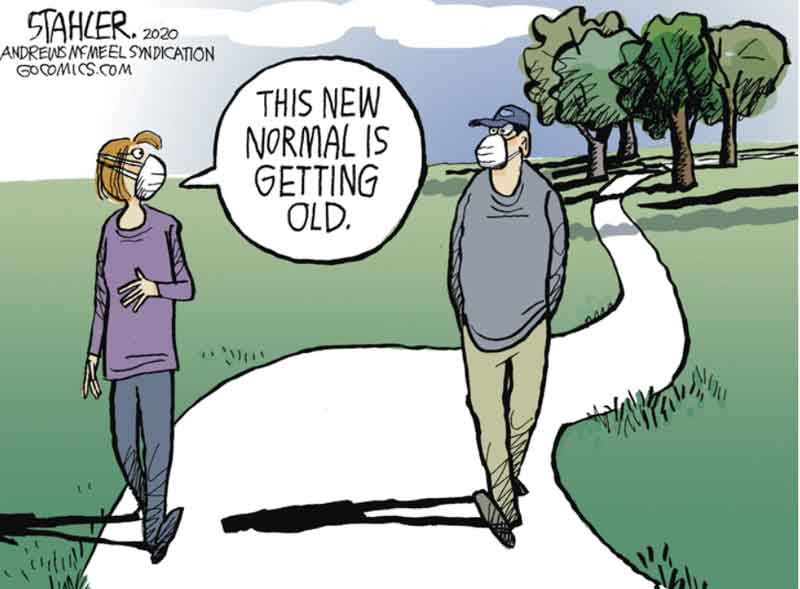 "And they're off," as the callers of horse races say, but in this case, it means the government will no longer enforce mask mandates on airplanes, trains, buses, subways and other forms of public transportation.

U.S. District Court Judge Kathryn Kimball Mizelle, a judge for the Middle District of Florida, said the rule exceeded the authority of the Centers for Disease Control and Prevention and the Transportation Security Agency. To complete the analogy, perhaps we can say that the government behaved like a horse's patootie.

Videos of airline passengers ripping off their masks and cheering appeared on websites as flight attendants made the announcement. The attendants, too, must feel relief as too many suffered abuse while telling passengers to wear masks or to wear them properly.

As people began to grow tired of what many believed to be this arbitrary and ineffective mandate, growing numbers of airline passengers (me included) took advantage of the option to lower their masks while drinking and eating the snacks airlines offer these days. Some prolonged their munching and sipping to extend the time they could remain unmasked. Did anyone believe that if the virus were on a plane, it would suspend infecting people while they ate and drank with their masks down?

Airlines had touted the air filtration systems they had installed near the start of the pandemic as "state of the art." The International Air Transport Association said, "The risk of catching an infection on an aircraft is typically lower than in a shopping center or office environment."

It didn't matter to the federal government, which seems to seize any opportunity to limit our freedoms and ability to make our own choices. The conflicting information coming from the CDC added to widespread confusion and contributed to the distrust and animus many felt toward Washington. The Justice Department has just announced that it intends to appeal Mizelle's decision if the CDC thinks mask mandates are still needed.

What should concern all of us is how easily freedom can be lost. Too many Americans behaved like sheep, abiding by what they were told by so-called "experts." These scientists claimed divine-like wisdom. Dr. Anthony Fauci went so far as to proclaim that attacks on him were actually "criticizing science." Objections to Fauci's pronouncements were not treated seriously. "Gods" are not to be doubted. When Robert F. Kennedy Jr. wrote a book questioning the efficacy of vaccines and the motives of the pharmaceutical companies, he was immediately cast out among the anti-vaxxers rather than having his concerns addressed.

I've seen people driving alone in their car with a mask on. It makes me laugh, but it's their choice.

The government hates giving up power over its citizens. That's probably why the CDC tried to extend the mask mandate for public transportation an additional 15 days.

I know people who have been vaccinated three times, but still became infected with the current COVID-19 variant, which appears to me to be the least harmful of them all when it comes to hospitalizations and deaths. As with the flu and common cold, people can take precautions, but decide for themselves what those precautions should be.

Many will wonder what the reaction will be the next time the federal government tries to adopt one-size-fits-all mandates. Will we again resemble sheep, or will we have learned some lessons this time around? Will we, as they said in the '60s, be more aggressive to "question authority"?

By the way, Judge Kathryn Mizelle was appointed by former President Trump. Elections have consequences and in this case the consequences are good for travelers.