A second 'Contract with America' 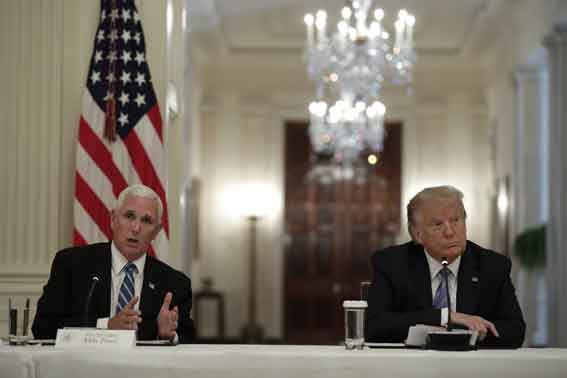 During the 1994 congressional campaign, Rep. Newt Gingrich (R-GA) and Dick Armey (R-TX) drew up what they called a Contract with America. It was printed on a card which was small enough to fit in a wallet or purse and it detailed what Republicans would do should voters give the GOP a House majority for the first time in 40 years. The left and the media derided the contract, but it was deemed effective.

While Republicans were able to achieve some of their goals, Democrats eventually regained the House majority and reversed many Republican policies, which has led to what we are experiencing today. That would be the worst inflation in 40 years, record high gas prices, increased interest rates and a porous southern border that has produced a flood of undocumented immigrants.

While former President Donald Trump continues to dwell on the 2020 election, his vice president, Mike Pence, is looking forward to the next two elections to repair the damage caused by the Biden administration (not Vladimir Putin, who is Biden's scapegoat for everything).

Pence has authored a similar Contract with America. He calls it "The Freedom Agenda."

Before he gets to the specifics, Pence indicts the Democrats for policies that have created the current mess: "Over many decades, liberal policies have created one disaster after another. Currently, our borders are under siege, our citizens have been betrayed, our allies have been abandoned, our currency has been debased through inflation, our schools have been transformed into indoctrination centers, our energy independence has been sacrificed on the altar of climate alarmism, and our great economy has been brought to a screeching halt by the radical left's big-government socialism."

In a reference to his and Trump's administration, Pence proposes to "Re-establish policies that promote not just American energy independence, but also American energy dominance." He wants universal school choice and elimination of the Department of Education. Ronald Reagan's secretary of Education, William Bennett, tried that but failed because Congress wouldn't go along. Maybe a Republican Congress and later president would now, especially with all the controversy surrounding school boards and the non-academic subjects the left wants to force on children, starting in kindergarten.

There's plenty more and the entire document, which Pence hopes will work for Republican candidates in the coming election.

One can tell a lot about the power of ideas from those who oppose them because they are a threat to their own political and cultural dominance. One example: An article in New York magazine is headlined: "Pence Unveils Less Unhinged, Equally Dangerous GOP Agenda." How can it be more dangerous than what we have now?

Pence is arguing for a return to policies that work. He addresses what polls show are the top concerns of most conservative voters. In trying to help Republicans win back a congressional majority in the fall, Pence may be helping himself for a White House run in 2024.