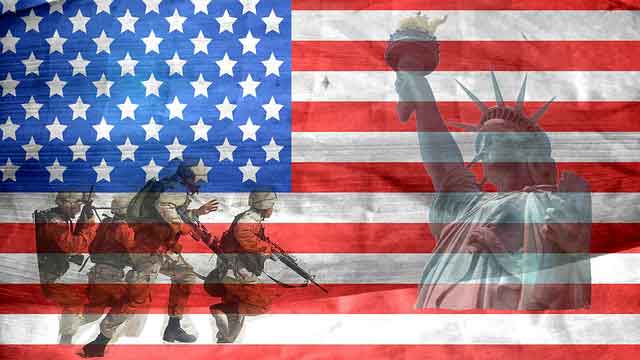 The line at the post office was long, so the woman in front of me decided to turn around and start a conversation. She was concerned about the current generation of young people and whether they would have enough inner strength to stand against an invading army as many Ukrainians are doing.

She said she feared today's younger people (she appeared to be in her 50s) had been "given everything" and it seemed to her that they are weak as a result. "They haven't had to fight for anything," she lamented.

Probably every generation thinks the succeeding ones could never be as good as theirs. My parents' generation thought rock 'n' roll was a sign the country was going to pot — literally and figuratively. Many of their parents believed Frank Sinatra and his screaming bobby socks followers were a sign of the end of the age. Now it's the internet and social media that some believe are symptoms of our precipitous decline.

The woman at the post office has some evidence to support her concerns. A recent Quinnipiac University survey asked people what they would do if they were placed in the same position as the Ukrainians and invaded by a foreign power? Would they stand and fight, or would they cut and run?

To some, the breakdown along party lines might seem predictable. Fifty-two percent of Democrats said they would flee if America were attacked by invaders. Only 40 percent said they would stay and fight.

While Republican respondents scored better — 68 percent said they would stand their ground â€” that still leaves one in four members of the GOP who said they would flee.

Writing about this in The Wall Street Journal, Matthew Hennessey, the newspaper's deputy editorial director, asks, "What in the hell has happened to this country?" His question should not be seen as rhetorical. The answer has been coming for many years, but few have done much to try and stop it.

One must have a reason to fight, to put their lives on the line for an ideal. After two generations where students in public schools and major universities seem to have been taught by mostly liberal teachers and professors that America is not an exceptional nation and is, rather, a country whose "original sin" of slavery and record wealth is an embarrassment, why would anyone want to fight to preserve sin and embarrassment? Maybe in Las Vegas they might where these two qualities are in abundance.

Most are familiar with the saying "freedom isn't free," but according to the Quinnipiac survey a minority appear willing to pay the price.

The late Secretary of State George P. Schultz expanded on a familiar quote about freedom when he said, "The price of freedom is eternal vigilance and a willingness to act in its defense."

If the Quinnipiac survey is accurate — and given the current cultural condition, why wouldn't it be? — the willingness to act seems to be shrinking. Inertia can only last for so long before the power that launched it expires. We have been living off the bravery and sacrifice of "the greatest generation" for some time. It must be renewed if freedom is to be extended for us and for other nations.

The woman at the post office worries there are insufficient numbers among the young and even millennials to guarantee our freedoms will be extended. Sadly, she may be right.