A deal with the devil 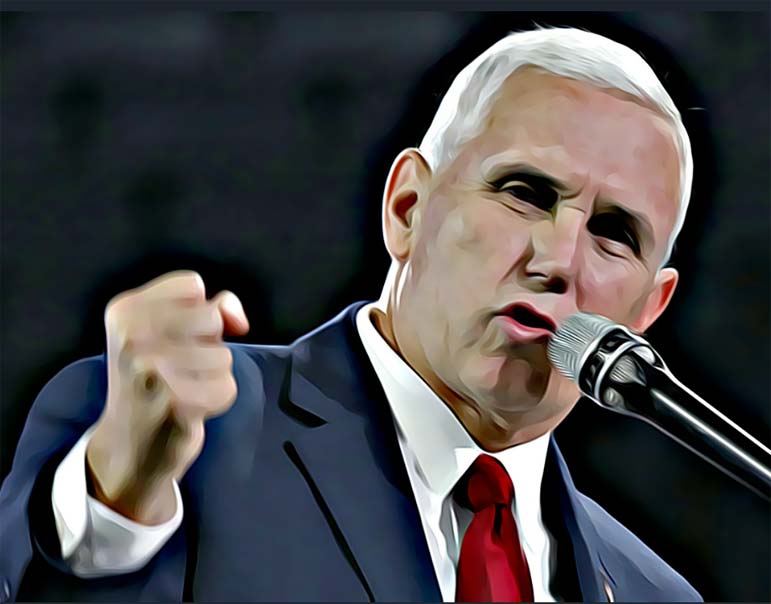 In another of his ongoing email messages to supporters (which are usually accompanied by a donate button), Trump says he wanted Pence to overturn the results of the last election.

Trump referenced a bipartisan effort to strengthen the Electoral College Act of 1887, ensuring that no vice president can be allowed to overturn presidential election results, assuming that vote counts in the individual states are accurate and governors have properly submitted them to Congress for ratification.

While the wisdom of updating that law is debated, there is another issue that is long overdue for consideration. And that is Trump's condemnation â€“ not criticism, but condemnation â€“ of anyone who disagrees with his claim to have had the election "stolen" from him. This is not about that claim. It is about Trump's language and personality, his demeaning of Democrats, the media and even some fellow Republicans who don't subscribe to his line.

Trump effectively lumped his most loyal vice president into the tub of "RINOs" and others he regards as enemies. During their four years in office, Pence never spoke ill of his boss. When I once asked him about Trump's personality he responded, "look at the results."

In some ways this has been a bargain with the devil. Republicans and especially evangelical Christians who once honored character and the practice of personal morality as at least equal to a president's stand on political issues now refuse to hold Trump to that standard.

What does it mean to make a deal with the devil? Anne W. Zahra, M.Ed, is a language teacher. She responded to the question on the website Answers.com: "When you â€˜make a deal with the devil', you ally yourself with a person of ill repute to accomplish what you want. The idea here is that you compromise your principles in a way that may turn out to be extremely harmful to you."

Is that not what especially evangelicals and others who highly regard personal integrity in our leaders have done with Trump? Does the end justify meanness and lying? Can they ever credibly question the behavior and language of future presidents when they have sold their souls on this big question?

There are many quotations about revenge and grudges from famous and not so famous people over the centuries. Two make my point: "Grudges are for those who insist that they are owed something; forgiveness, however, is for those who are substantial enough to move on" (Criss Jami, Salome: "In Every Inch in Every Mile"). The second: "Anger, resentment and jealousy doesn't change the heart of others â€“ it only changes yours" (Shannon Alder, "300 Questions to Ask Your Parents Before It's Too Late").

Writing in The Washington Post, columnist Henry Olson notes that Pence has avoided criticizing Trump since both men left office. Olson says Pence should "reconsider." Sure, some on the left seek to divide Republicans in hopes the dreadful record of Biden and his fellow Democrats will not be the main issue this November and in 2024, but from my observance of Pence since he was in Congress, it is not in his nature to engage in personal attacks, even when he has been falsely accused. As a practicing Christian, Pence abides by the teachings of his true Leader who spoke of "turning the other cheek."

Some Bible commentators interpret this as saying let G od handle it. That's a far better "bargain" than hitting back and descending to the level of his critic.