The media ice begins to crack around Trump 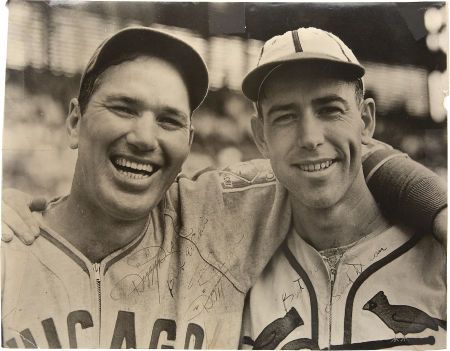 Ol' Diz was a Hall of Fame pitcher, full of Ozarks folk wisdom, and a philosopher to rival Yogi Berra. So who could argue with that?

Certainly not Donald Trump, the bragÂ­gart-in-chief who is beginning to get a little credit for action as well disdain for his big words and large boasts. Some big media voices now show signs of tiring of blowing endlessly across the land that the president is a Manhattan hayseed who crashed into big-league politics with the turnip truck, who doesn't know anything and hasn't done anything.

Howard Kurtz, who more or less invented media criticism at The Washington Post years ago and now the media pundit at Fox News, thinks he hears the ice cracking around the edges of the conventional media mind.

"The dominant media narrative," he writes, "is that Trump hasn't got much done, that he's in over his head, that he doesn't understand government, that he keeps picking petty fights rather than winning big victories.

"But the thing about pundits is that they get tired of pushing the same line, week after week, month after month. Some inevitably want to seize credit for a new insight, for getting ahead of the pack with a burst of contrarian wisdom. And the hot take now is, hey, maybe Trump has got some important things done, after all."

Indeed, the narrative about occasional bright spots, like the soaring stock market — with the trend-setting Dow Jones AverÂ­age already at 25,000 and some giddy anaÂ­lysts see an incredible average of 50,000 on the horizon — has been that, well, this doesn't have much to do with Trump policies and, besides, it should have been Barack Obama's stock market spectacular.

The president is shaking up the judiÂ­ciary, not just with the appointment of Neil Gorsuch, but with dozens of lower-court appointments, including several to the U.S. courts of appeal whose work will resonate through the law for decades.

The tax-cut legislation, which the president signed Friday, was pushed through Congress in fits and starts but with persistent White House muscle, the president prodding the House and SenÂ­ate leadership with remarkable skill for a president who "doesn't understand governÂ­ment" and oblivious of "how Washington works."

Jim VandeHei and Mike Allen of Axios, no conservatives they, write that "the media often appraises presidencies and politics through liberal-tinted glasses. But the vast majority of the RepubÂ­lican Party likes, even loves, these policies. We have been saying all year: 'Watch what he does, not what he says.' Until recently he hasn't done much. But these wins are substantial, with consequences for millions of people and many years to come . . . and while Trump failed in repeated attempts to scrap Obamacare, he boasted [Thursday] that abolishing the individual mandate — a provision added to the tax bill — amounts to repealing the health-care program. That's an overstatement, but letting people wait until they get sick to buy insurance could well undermine the exchanges creÂ­ated by Barack Obama."

Ross Douthat, a columnist for The New York Times and a card-carrying member of the Exalted Roundtable of Trump Tormentors, nevertheless takes note of the media's inability to observe two things at once. The "decimation of ISIS," for example, has drawn only grudging media attention.

"There is nothing more characteristic of the Trump era, with its fire hose of misinformation, scandal and hyperbole," he writes, "than that America and its allies recently managed to win a war that just two years ago consumed headlines and dominated political debate and helped Donald Trump get elected president — and somehow nobody seemed to notice."

He makes the point that feeds public skepticism of newspapers and television networks and the trash and trivia that often passes for news on Internet sites. "This is a press failure, a case where the media is not adequately reporting an imÂ­portant success because it does not fit the narrative of Trumpian disaster in which our journalistic entities are all invested."

The mockery of the middle-class benefits of the tax-cut legislation is a vivid demonstration of how far removed from reality the pundit class may be, with its haughty scorn of the $1,000 savings that millions of Americans can expect when they file their income taxes. That's about $18 a week, hardly enough to change the life of a pundit, but enough to make life easier for someone whose idea of a family dinner at a restaurant are burgers at McDonald's.

Based on its polling, the Federal Reserve Board estimates that nearly half of Americans don't have the savings to cover a $400 emergency, and 6 of 10 Americans couldn't cover a thousand-dollar crisis. A refund check that big is something for a lot of Americans to brag about.