Now, or later, the Clintons will be toast 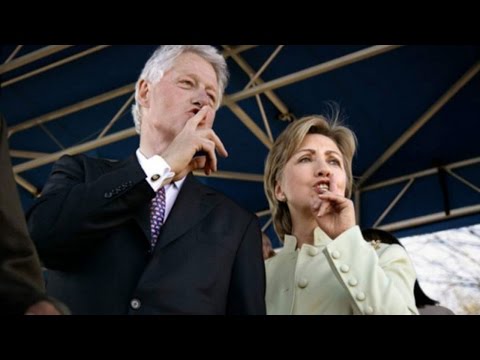 Donald Trump is learning at long last that when your opponent is destroying himself - or herself - you should get out of his way. The opponent deserves ample room to do the deed. So far the Donald is taking the high road past Hillary Clinton's hell week.

He first praised James Comey, the director of the FBI, for his "courage" in reopening his investigation of Hillary's vast email enterprise, and has so far devoted himself, without the unnecessary bluster and bombast, to reminding everyone to listen and read the latest developments. No hyperbole needed. "Just the facts, ma'am," is enough to keep the bombshell on everyone's mind.

Hillary and the Democrats have worked hard to keep alive the notion that her email enterprise is complicated but not really worthy of anyone's attention. The computer era irritates everyone, and only wonks and nerds understand modern miscommunications. Bernie Sanders imagined he was speaking for everyone when he declared, in debate with Hillary, that "I'm tired of hearing about Hillary's damned emails." If Bernie had listened a little closer and paid only a little attention to the issue, and acted accordingly, he would be the Democratic nominee today (unless Joe Biden beat him to it). Hillary would be in the counting house, nuzzling and cuddling the family gold.

Events since have even changed everything, even pulled some of the sleepyhead journalists who confuse being fatuous with being famous out of Hillary's tank. Mr. Comey's resurrection of his botched investigation has persuaded some of the famous and fatuous that maybe there's a story here, after all. Pulitzers beckon.

For all the Donald's rough vulgarity and his disrespect of women in an era defined by feminist vulgarity and coarse gaucherie, it's Hillary Clinton who's the liar that no one trusts. She has become the abiding issue in the final hours of a bizarre campaign. Hillary is still the way to bet, but those who insist on betting on elections should get long odds.

If she wins she will of course be a historic first, the first women to be elected president of the United States, but she'll be more than that - the first president elected under credible threat of impeachment and conviction for high crimes and misdemeanors. The American public is sometimes generous and tolerant to a fault, but enough may soon be enough even for a Congress of the weak, the timid and the compliant.

Events, which smart pols always fear most, have transformed a runaway into a tight squeeze. A week ago Hillary was thought, if elected, to be impervious to impeachment, much in the way that Barack Obama has been impervious to being held to account like everyone else. No one dares being called racist or sexist. So these two worthies could get by with anything, such is the tolerance of the average American.

President Obama, soon to slide down the memory hole, can pretty much try to do whatever he likes over the next 90 days, but not Hillary. Presuming, if only for the sake of speculation, she is elected in seven days she will take the oath under widespread suspicion, mistrust and apprehension. The country, including even the most partisan Democrats, will understand that it has elected a crook and a paid-up member of the criminal class. The evidence that is sure to come will put her ever deeper in the contempt of nearly everyone.

The price of electing a crook as president would continue to emerge after a brief timeout for the inaugural celebration with as much good feeling as the nation could muster for the ultimate shotgun wedding. The celebration would be more than a little muted as the nation considers the implications of what it hath wrought. The due bills from the Middle East will be on her desk the first time the second President Clinton walks into the Oval Office. The Saudis alone will want $40 million worth of satisfaction. In every casino in the world, when you pay to play you expect the house to deliver.

Issuing chits is, after all, how the Clintons got rich. But selling a night's sleep in the Lincoln Bedroom, 20 percent of the nation's reserves of uranium to the Russians and considerable war-making technology to the Chinese, was one thing. Selling the presidency to Islam is much bigger cheese. The Israelis are well-advised to dig their bomb shelters a little deeper. Iran's Islamic bomb will soon enough be on the way.

Mr. Comey is widely thought to have something really big in the works, or he wouldn't have given the signal he did. Perhaps. He botched his first investigation. But comeuppance for the Clintons, whether from the voters next week, the FBI next week or next month or by events ordained but not foreseen, is on the way at last. One way or the other, the Clintons are finally burnt toast.