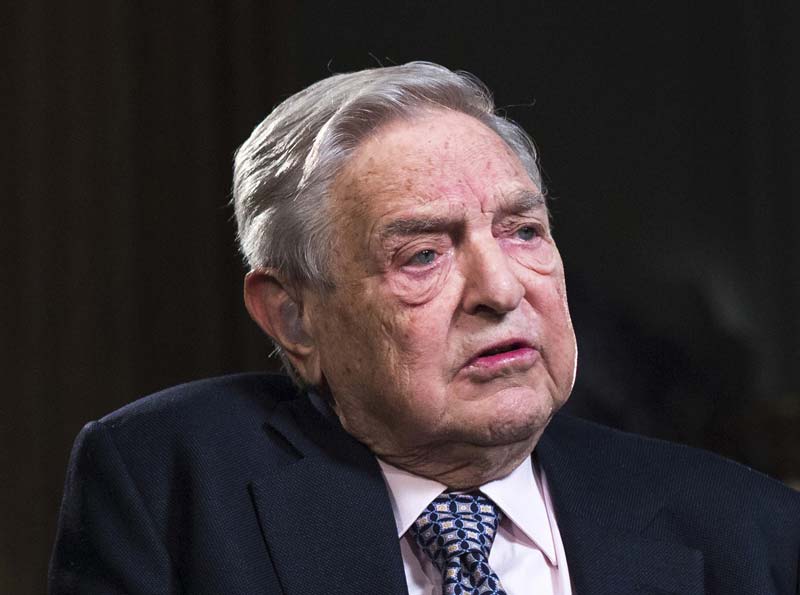 The Washington bombers seem to be a curious collection of political partisans, music critics and aspiring killers. If any of their pipe bombs and other explosive devices actually explode and kill someone, first-degree murder charges can be added to their crimes. If convicted by an eager jury they should expect no mercy.

They’re not very skilled as bomb-makers, for which everyone, liberal or conservative, Republican or Democrat (or even Independent), can be relieved and pleased. Such violence is an assault on everyone, of whatever political persuasion. It’s the inevitable ultimate crime for a time like ours, when rage on the fringe knows neither logic nor coherence, and anything goes.

Such crimes rarely accomplish what the criminals think they will, and when the arrests are made — as they in all likelihood will be made, and sooner rather than later — there will surely be surprises. Rush Limbaugh, who received what turned out to be a harmless package Thursday, speculates that these may be “false flag operations,” diversions to a false target to confuse and mislead detectives, and above all to confuse and mislead the public. The bomber (or bombers) may well be an angry Republican or other conservative. But he might well be a cruelly deranged Democrat as well, eager to fly a false flag.

The wide range of targets, which include prominent politicians of the liberal persuasion, may include a ringer as well. One bomb was aimed at Radio Station WMAL in Washington, and Mr. Limbaugh’s talk show, but another station, popular for its recorded music, was targeted, too. Maybe this bomb was dispatched by a music critic eager for revenge in behalf of a dissenting taste in music.

The left is punching every button to make sure it does not lose control of the story. George Soros, the billionaire political activist who has a finger in a lot pies baked to his taste, moved quickly to hit some of those buttons, to file a claim on public sympathy.

Mr. Soros, whose loathing bordering on hatred of Donald Trump is well known, understands that allowing a national calamity to go to waste is a crime bordering on sin, and he quickly assigned his son to write an op-ed for The New York Times to establish the old man in the public mind as the hero of the epidemic of attempted bombings. He invoked the Holocaust, anti-Semitism and his role in destroying communism in eastern Europe and his philanthropy as the reasons why the bombers made him their No. 1 target. Rarely had The New York Times expended so much ink in such a self-serving enterprise.

“My family is no stranger to the hostilities of those who reject our philosophy, our politics and our very identity,” wrote the son. “My father grew up in the shadow of the Nazi regime in Hungary. My grandfather secured papers with false names so that they could survive the onslaught against Budapest’s Jews; he helped many others do the same. After the war, as the Communists took power, my father escaped to London.

“But the lessons of his early life never left him. His biggest philanthropic endeavor, the Open Society Foundations, played a leading role in supporting the transition from Communism to more democratic societies in parts of the former Soviet Union and then expanded to protect democratic practices in existing democracies. My father acknowledges that his philanthropic work, while nonpartisan, is ‘political’ in a broad sense: It seeks to support those who promote societies where everyone has a voice.

“There is a long list of people who find that proposition unacceptable, and my father has faced plenty of attacks along the way, many dripping with the poison of anti-Semitism.”


“But something changed in 2016. Before that, the vitriol he faced was largely confined to the extremist fringes, among white supremacists and nationalists who sought to undermine the very foundations of democracy.

“But with Donald Trump’s presidential campaign, things got worse. White supremacists and anti-Semites like David Duke endorsed his campaign. Mr. Trump’s final TV ad famously featured my father; Janet Yellen, chairwoman of the Federal Reserve; and Lloyd Blankfein, chairman of Goldman Sachs — all of them Jewish — amid dog-whistle language about ‘special interests’ and ‘global special interests.’ A genie was let out of the bottle, which may take generations to put back in, and it wasn’t confined to the United States.”

You don’t have to like Donald Trump to see this as the classic bigotry Mr. Soros claims to decry, painting the millions of Americans who voted for Mr. Trump as no better than Nazis. Hillary Clinton called them “deplorables.” I call what the package bombers are doing nothing less than attempted murder, and I hope they catch them and hang ‘em high. But George Soros flies the false flag of the billionaire bigot.