Lurid tales of blood and sex from the crypt 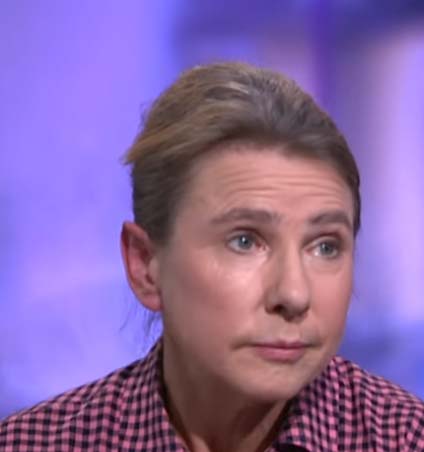 Now comes the morning after a wild time of intellectual debauchery.

The brave, some of them even on the left, are beginning to think things they didn't dare think while the media mob was looking for the rope to deal with Brett Kavanaugh. Dissenters don't last long in a mob.

Certain female journalists, dispensing with the ancient newsroom tradition of keeping keep cool when the going gets hot, had confessed that listening to Christine Blasey Ford made them want to cry. But not everyone, and not anymore.

"I didn't cry," confesses the American journalist Lionel Shriver, who has a man's name but a woman's uniquely fetching form and face.

"Indeed," she writes in the Spectator magazine of London, "my reaction to Ford's statement was at such odds with the garment --- rending anguish of my fellow Democrats that I had to wonder whether either I'd missed something, or maybe there was something wrong with me. So I just read the entire transcript. I hadn't missed anything."

She sets out for the hundredth time [Mrs.] Ford's unlikely tale of teenage woe, that at age 15 she was pushed into a bedroom at a teenage party by two boys. One lay on top of her and began â€˜running his hands' over her body and â€˜grinding' into her. She yelled, and he put a hand over her mouth. The other boy sat down on the mattress twice, and she escaped to a bathroom across the hall. Just about everyone in America can recite the tale in all its particulars.

"Although the dump-Trump media made all reference to this incident as â€˜attempted rape', nothing in Mrs. Ford's account substantiates that her assailant had any such intention," Lionel Shriver writes. "She was afraid she'd be raped, and that part, for a young girl, is likely true. However briefly, she was also afraid she'd be killed -- I'll barely buy that -- but nobody tried to murder her, and they didn't. The boys locked the bedroom door, but on the inside. She was not locked in. While Mrs. Ford claims Judge Kavanaugh tried to remove her clothes, he didn't. Her testimony doesn't cite so much as a strap being tugged off her shoulder. If she escaped from two older boys, they weren't trying very hard to detain her. The boys' laughter at her expense would certainly have felt painful. Nevertheless: Welcome to high school. Finally, given how little actually went down, that experience probably lasted all of two minutes."

"Now," Mrs. Shriver continues, "I wouldn't call that an account of nothing. One recent loss I rue is our ability to categorize any sexual indignity in the medium range. It either didn't happen at all, or it was the most horrifying defilement in the history of the universe."

But Mrs. Shriver is baffled, like a lot others who at first wanted to believe the accuser, that such an abbreviated encounter would traumatize a 15-year-old girl that she barely got through high school and that as an adult women she was haunted for decades, suffering from anxiety, phobias of various kinds, claustrophobia, PTSD, panic and everything short of the heartbreak of psoriasis, even after she was 50 years old.

Equally as fantastical is the idea that Brett Kavanaugh as a teenager was a disciple of Jack the Ripper, foraging through suburban prep schools to find victims of his rapacious lusts. Such a tale will inevitably become unlikely to the point of satire as we move farther away from the Kavanaugh spectacle as more and fresher sensations arrive.

The left is pushing the idea that Donald Trump is responsible for the disappearance and murder, if that it is what it is, of the Saudi journalist Jamal Khashoggi by a Saudi hit squad.


The more lurid the tale, the more believable it is, and the Khashoggi disappearance is lurid to the max --- a hit squad arrives from Saudi Arabia in the middle of the night and gets to work on a mission of murder and dismemberment. Saudi agents were said to have driven around Istanbul in advance, looking for likely places to dump a body in an isolated park or schoolyards. This believable because it's a tale from the cult of the Middle East.

The Kavanaugh saga didn't have a murder, but the Democrats produced "witnesses," such as they were, to tell tales of an oversexed teenage boy -- if such exists -- applying a beating with a private part, and operating a gang-raping ring in middle school.

If the hearings had gone on another week who knows what could have sprung from Dianne Feinstein's fertile brain.