Singing only sad songs is no fun 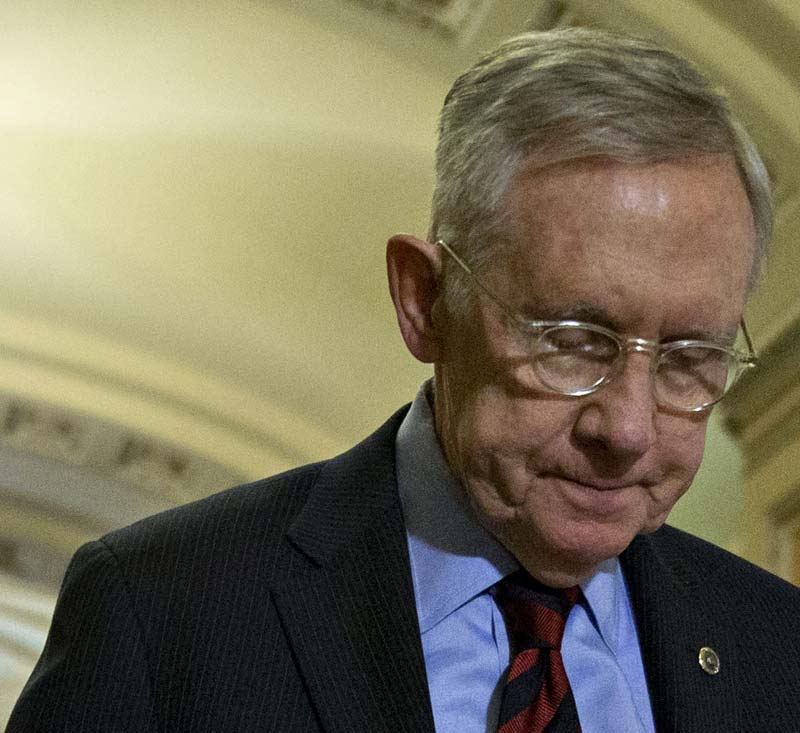 Politics is fun, but not when you're losing. Then it hurts. When Adlai Stevenson lost his first race for president in 1952, he said it "hurts too much to laugh and I'm too old to cry." But it didn't hurt too much to not try again (and lose again).

The campaign to confirm Brett Kavanaugh for a seat on the U.S. Supreme Court was something less than a campaign for president, but it eventually felt that way. The Democrats obviously felt like Adlai Stevenson did on that long-ago election night.

Some Democrats felt like crying when the Senate confirmed Brett Kavanaugh, and some of them did. Some of them are throwing tantrums like a 3-year-old. Some of them have taken refuge in a vow to get even, which is fair enough if they keep "getting even" cleaner than Chuck Schumer and Dianne Feinstein did over the last days of the confirmation fight. A writer for Jimmy Fallon, the late-night television entertainer, takes consoling satisfaction in "ruining Brett Kavanaugh's life."

Charles Blow of The New York Times doesn't like white folks much and he told his dispirited readers how to get back at them short of termination with extreme prejudice.

(That may come later if all else fails.) "Rue the day," he said. "Rend your garments. Then step back, view the entirety of the battle in which you are engaged, and understand that [Justice] Kavanaugh is just one part of a much larger plan by conservatives to fundamentally change the political structure so that it enshrines and protects white male power even after America's changing demographics and mores move away from that power." (Save your rope, boys, revenge is on the way as soon as we make some more babies and import some more terrorists.)

He has a point, a point shared by every serious politician, Republican, Democrat, Independent and other. Making change, and making change last, is what politics is all about. But some Democrats have apparently concluded that they can't win unless they change the rules. Striking out wouldn't be so frequent if the Democrats could get four strikes and white folks only three. Then the radicals could really get things done. All the levers of power are now in Republican hands. That's unfair and in some way that must be rectified.

Phillip Bump, an unhappy columnist at The Washington Post, agrees. (If Bump and Blow agree, who can say against them?) Mr. Bump observes that Mr. Kavanaugh was "an unpopular nominee confirmed by senators representing less than half of the total U.S. population (not to mention that he was nominated by a president who lost the popular vote). The Senate these days can reach a majority with the votes of senators representing 17 percent of the population. And besides, most those senators are right-handed. That should tell us something.


Aaron Blake of The Washington Post, who has his own understanding of how things should work, complains that some states have more power than others. He discovered that California has more people than Wyoming, and that raises the possibility that other small states would have more to say about electing presidents and confirming Supreme Court justices than big states like California and New York and Illinois.

"At some point," he writes, "Democrats may need to ask themselves why they are consistently on the short end of that set-up. Is it because the system is inherently biased against a left-leaning political party? Or is it because they have been outmaneuvered at nearly every turn and failed to make sure they turned what has regularly been a majority of the votes for their side into actual political power?"

Or is it that what the Democrats and the liberals are selling has begun to smell bad after all these years, and most voters are not addicted to stink. Saying the elections are rigged against you may make you feel good, in a weird sort of way. But the feeling doesn't last.

The Democrats and the liberals were winning for so long that it never occurred to any of them that the good old days wouldn't last forever. But the good old days didn't, and now they're as ill-tempered as the alligator the day the creek went dry.

Democrats have won many elections under the rules obtaining, and they will one day elect presidents again who nominate men and women to the Supreme Court. The fault, the Bard said, is not in the stars, but in ourselves. That can be a painful lesson, but not learning it will be most painful of all.