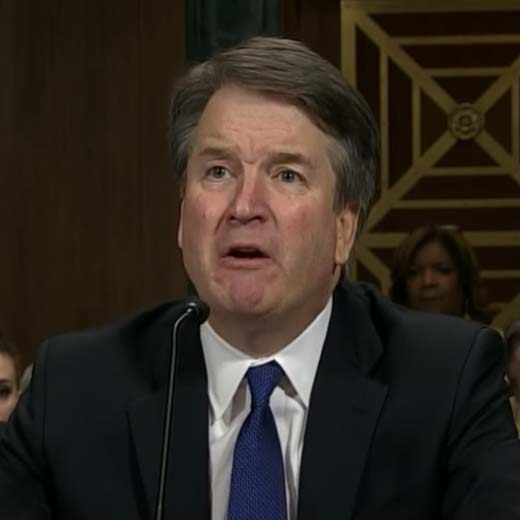 Great reputations are difficult to make, requiring time and dedication, and they are reputations easily destroyed, sometimes in a moment of careless passion, sometimes with a word not spoken.

Once broken, a reputation is exceedingly difficult to patch. Leaving Cheyenne is usually easier.

Many reputations were put at risk over the past few weeks as the Republicans pushed to install another judge with respect for the Constitution on the U.S. Supreme Court, and as the Democrats resisted, kicking and screaming, determined to keep the founding document free of the bias of the Founding Fathers.

This was the summer that certain precincts with more influence than they deserve went stark, raving bonkers. No one has suffered damage to reputation more than Dianne Feinstein. The senator from San Francisco, well past the usual retirement age, is determined to make her tenure in the U.S. Senate a life term, and at 85 she may very well succeed.

She had been a reasonably moderate liberal lawmaker, willing to get along with conservative colleagues across the aisle, and succeeded to make the friendships necessary to be a good senator. She served on the Senate Intelligence Committee, and looked at the real world with a sharp and skeptical eye, aware that many evil-doers lurk out there with dreams of doing harm to the United States. A skeptical eye was not always easy to sustain in California, where the angry left thrives with dreams of transforming America into something unrecognizable.

Now she's engaged in a re-election campaign with an opponent so radical and so well-financed that she dare not dismiss him as something like a mosquito or a horsefly, capable of inflicting an irritating sting but incapable of anything lethal. She has to worry that the horsefly might turn out to be a buzzard, eager to sup on a senator. The fight over the Kavanaugh nomination was ready-made to make it up to suspicious constituents angered by her deviation from California orthodoxy. She suggests the forbidden religious test for office to diffuse Christian influence in the federal courts. That might satisfy her red-hots but it will be nothing to remember her by.

Some of her Democratic colleagues plunged even further off the rails and into the ditch and high weeds. Sen. Chuck Schumer of New York, the leader of the Democrats in the Senate, vowed early that he would use any means necessary to prevent Brett Kavanaugh and everyone like him off the Supreme Court. We take it on good faith that he would stop short of termination with extreme prejudice, but who knows what a crazed minion might do. These are parlous times.

Both Mr. Schumer and Mrs. Feinstein knew better than to take some of the accusations as serious stuff. Not being fools, they didn't believe them, either. The idea that Brett Kavanaugh, as a child, actually led a gang-raping ring, and that Deborah Ramirez, the second woman of the fab three, had to submit to a face-thrashing with a teenage penis were stories so fanciful that laughter was the only rational response. Yet Mr. Schumer and Mrs. Feinstein and their unhinged colleagues demanded that the FBI investigate these fantasies. What the FBI concluded was what everyone expected. There was no there there.

Julie Swetnick, the author of the story about the middle-school gang-rape ring, had insisted that there "were many parties at which â€˜boys lined up' to take their turns, and "everybody in the county remembers those parties." But when The Wall Street Journal assigned a raft of reporters to find someone, anyone, who remembered, the newspaper couldn't find any. There's an even better ripping good read at hand, the case of thousands of the disappeared. Miss Swetnick offered her own list of four witnesses to NBC News. The network found that one was dead, two said they had never heard of Julie Swetnick, and two didn't answer the phone. Everybody else had apparently left the county.


And now the story has run out of gas. The Senate Judiciary Committee is expected to vote on Saturday, with the wind at Brett Kavanaugh's back. There's just not much juice left to keep the story aloft, and everybody wants the senators to put it to bed.

They're in the position of the hunter who volunteered to climb a tree in the Arkansas swamp to retrieve a raccoon treed by the yellow hound. The â€˜coon didn't want to be retrieved. Soon there was an enormous noisy struggle in the treetop. Bark, leaves, hair, teeth and an occasional eye fell at the feet of the other hunters.

"We can't shoot," his friends on the ground yelled. "We might hit you!"

"Go ahead and shoot!" The treed hunter yelled. "One of us has got to get some relief."