Can anybody here 'catch the moment'? 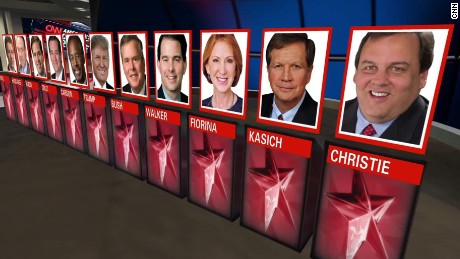 The Republican topsiders will be playing in a new landscape tonight in the political season's second debate. That earlier landscape is as remote now as a valley on the moon. The suspense is all about who emerges as No. 2.

Donald Trump was supposed to have been dispatched to wherever the bodies of old presidential candidates go, slain by Megyn Kelly's killer question about his boorish put-downs of women. He merely rode the resulting controversy to the front, lapping the field, and has stayed there since. The Donald is as boorish as ever, his schoolyard put-downs as crass as ever, but nobody but the professionally prim and civil seems to care. (Gallantry died with the birth of modern feminism.)

Some of the correspondents and pundits are trying to breathe something new into a story line gone old and stale. Jeb Bush, with all his name recognition, money and the tender regards of the Republican establishment, can't break out of the low single digits in the polling in Iowa, whose party caucuses are the first crucial real-life test.

Jeb has finally put on his fighting clothes, so the new narrative goes, and he revealed them to be a 30-year-old tee shirt emblazoned with the Reagan-Bush campaign icon of 1984. "Mr. Trump is the front-runner, so he'll get a lot of attention in the debate, I'm sure," Jeb told reporters and bystanders over the week end in Miami. "I'm just going to be my boring normal self." He disclosed that his security detail, when he was the governor of Florida, called him "Ever-Ready."

He was apparently in pursuit of the point that a presidential election is about the country and the people, and not about the politicians. He never quite got there. In the short run, which leads to the nobler long run, the election is exactly about Jeb and the other candidates, and "about the people running," and so far this year, it's precisely about "the loud voices on stage." This campaign is mostly about the loudest voice on stage.

Jeb Bush carries the curse, like it or not, of the Republican establishment - the party elders, the people who have commissioned candidates in the elections in all the years now fading behind us. Establishments everywhere reek of the odor of stale feet and French cheese. Hence the stunning surprise of the Donald and Ben Carson, noisy outsiders extraordinaire, who sit at the top of the polls on the eve of the debate, surveying the rest of the field as if the creatures below were worker ants scurrying to look busy in the eye of the ant-in-chief.

Whoever he might finally and fully reveal himself to be, the Donald is running at the right place at the right time, when everyone is fed up with the political class and yearn to see someone kick the nation's tormentors in the place where it will hurt most when they next sit down. What everyone sees is how the politicians, even including presidents, look for the biggest bottom not to kick, but to kiss. The politicians arrive in town full of big talk about kicking, and settle down in luxury and ease, perhaps as a speaker or a majority leader, once they find that place of ease.

History occasionally matches the man and the moment, when the masses are finally "mad as hell and not going to take it any more." Harry S. Truman, who caught such a moment in 1948 and was elected president against 100-to-1 odds, confided his anger, frustration and disgust to his diary just before he was elected to the U.S. Senate in 1935 at the bottom of the Great Depression. "Some day we'll awake, have a reformation of the heart, teach our kids honor and kill a few sex psychologists, put boys in high schools with men teachers (not sissies), close all the girls' finishing schools, shoot all the efficiency experts and become a nation of G0D's people once more." "Give 'em hell" Harry's peeves were wide-ranging, and we can only imagine what he would make of Barack Obama's transformed America. But he caught the moment.

The moment is at hand again. It's not yet clear whether any of the current gang of worthies can catch it. The moment is hot stuff, and hard to hold.