A Time Out from the Children's Hour 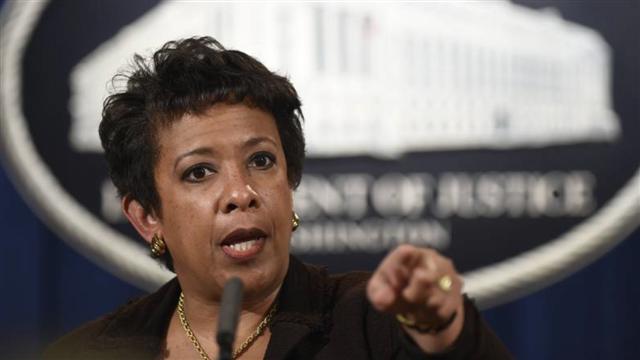 Some of our grown-ups are missing, just when we need them most, and our Democratic friends need more powerful meds. The ink on the streets of Washington is knee-deep and toxic.

The Democrats are supping on leaks from intelligence officials who have eagerly joined the Insurrection, united in their determination to destroy the new president. Defenders of Obamacare demand to know what the Republicans intend for health care once they repeal Obamacare, but what do the Democrats intend for a government once they have destroyed the one put in place by the voters of November?

President Trump, with his talent for spreading a little gasoline on whatever unused embers may be lying about, loosed a mortar barrage via Twitter in the dawn of Sunday morning suggesting that Barack Obama tapped the telephone lines into Trump Tower during the campaign, presumably seeking something to save Hillary Clinton.

"Obama had my wires tapped in Trump Tower just before the victory," he tweeted. "Nothing found. This is McCarthyism!" The president used only one exclamation point instead of his usual two or three, which might demonstrate the restraint the Republicans (including some in the White House) have been praying for. (Well, waiting for, anyway.) But if true, it's not McCarthyism, because of all the things Joe McCarthy was accused of, tapping telephones was not one of them. The senator from Wisconsin used a megaphone, not a telephone.

Right on cue, as if coordinated by the Donald and his enemies at The New York Times and The Washington Post, someone turned up the hysteria machine. The Donald's accusation was "unproved," one media notability charged, and he was correct. All accusations are "unproved" until they are "proved," and the White House demanded that an investigation determine whether there had been, in fact, a tap dance at Trump Tower.

A spokesman for the Insurrection said the Trump tweet was incorrect, that the former president had never ordered such a tap. The very idea was ridiculous. The denial, however, could have been the carefully constructed nondenial that is a staple of politics. A president would never leave his fingerprints on such an explosive order, if there was one. Presidents have "aides" for tasks like that.

The political upshot of all this, as The Wall Street Journal observes, "is that in this supposedly mature democracy the current president is accusing his predecessor of trying to subvert his victory, while the former president's party accuses Mr. Trump of colluding with the enemy in the Kremlin. Forget 'Wag the Dog' or 'The Manchurian Candidate.' Hollywood couldn't make this up."

Kipling's famous prescription for how to be a man, keeping your head when all about you are losing theirs, is turned on its own head. If all about you men (and women) are losing their heads, join them. Throw another of the institutions that have served the nation well for centuries on the fire, and watch it burn.

The Democrats in their hysteria only try to surpass each other's madness. Loretta Lynch, until January 20 the attorney general and the chief law enforcement officer of the United States, has distributed a remarkable video that could be read, and no doubt will be somewhere in the fever swamps of the left, as a call for "blood" and "death" on the streets. Some Democratic senators have posted it on their Facebook pages as "words of inspiration."

"I know that this is a time of great fear and uncertainty for so many people," she tells the camera. "I know it's a time of concern for so many people, who see our rights being assailed, being trampled on, and rolled back. I know that this is difficult, but I remind you that this has never been easy. We have always had to work to move this country forward to achieve the great ideals of our Founding Fathers.

"It has been people, individuals who came together and supported those ideals, who have made the difference. They've marched, they've bled, and yes, some of them died. This is hard. Every good thing is. We have done this before. We can do this again."

This hardly reaches the fighting poetry of Winston Churchill's "we will fight them in the streets," but against the carefully spread tinder in the streets, begging for ignition, it comes close to challenging Oliver Wendell Holmes' famous caution against "falsely shouting 'fire!' in a crowded theater."

Washington is crowded with politicians who understand the pain of losing an election, and calling disappointment "the resistance" is dangerous enough. But moving from resistance to insurrection is asking for tragedy of epic proportions. This is the hour for the grown-ups to send the bad children to bed without supper, and take charge while they can. The hour is late.