Atticus Finch: A literary icon revealed as a man of his time and place, after all 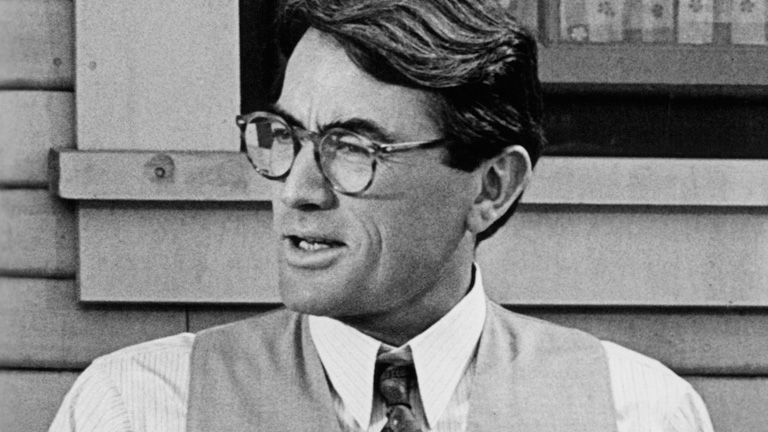 Gregory Peck as Atticus Finch in the film adaptation of Harper Lee's "To Kill a Mockingbird."

The controversy over Harper Lee's new "old" novel, "Go Set a Watchman," might be the most bizarre controversy yet in a summer of bizarre and unlikely explosions of national piety.

Atticus Finch, the patriarchal figure of "To Kill a Mockingbird," has been regarded as an unexpected hero in a region that many readers thought was unworthy of heroes — mothers named their children after him — and now many feel betrayed because he emerges in the new novel as a man with unexpected blemishes, an authentic representative of his time (the 1950s) and place (a small town in the South).

The Internet boils with indignation. Talk radio has checked in. The New York Times puts a story about a book at the top of Page One. Since both books offer polemics inside the fiction, neither fits into a Procrustean bed of personal pride and prejudice, but offers insights, for the thoughtful reader, into the differences in racial and sexual attitudes and how they have radically changed in the 55 years since "Mockingbird" was published.

Since he's a fictional character in two novels, it's important to judge Atticus Finch within the context of both the early book, "To Kill a Mockingbird," and the new one. Some readers are finding that hard to do. One benefit of the controversy is that the books can be read with fresh eyes, and "Mockingbird," especially, doesn't have to be stuck with the hand-me-down adoration. The adoration is as much for the movie with Gregory Peck as Atticus as the writing style of Harper Lee, which has limitations in spite of its innocent charm.

The young daughter Scout, the narrator of "Mockingbird," was a tomboy who resisted learning the genteel manners expected of a young woman of the South. The girl in a coming-of-age story in "Mockingbird" becomes an arrived-at-woman in "Watchman." She has learned to assert opinions independent of her Southern upbringing and she spurns a conventional marriage because the prospective husband doesn't live up to the idealism she acquired living in New York.

Racial issues in both books become considerably more complicated in the hindsight of history. When "Mockingbird was originally published in 1960, liberal readers loved Atticus; he confronted racists who dominated the law and the courts, and regarded Negroes as inferior. If Atticus was a hero inside the novel, his kind of heroism was rapidly vanishing in the world outside the novel in the wake of the Brown decision mandating the end of segregation in the public schools. He shames the racists into silence but is unwilling to see the racism outside his comfortable island of Maycomb, Ala. He makes gestures that require courage, but it was courage that could not dent the fundamental structure of racism built into the culture.

Like politics, racism was local in "Mockingbird," but the patronizing platitudes of Atticus sound today like simplistic feel-good banality lacking the complexity of authentic moral courage. His thematic voice, even after the verdict of "guilty" for the innocent black man he defended against rape of a white woman, expresses passive perception as much as outrage.

"You never really understand a person until you consider things from his point of view," he tells his daughter Scout, "until you climb into his skin and walk in it." This is the bromide often quoted by examiners of the first Atticus, whose tolerance is open-ended for the racist as well as for his victim. He tells daughter Scout she shouldn't hate Hitler because it's not right to hate anyone. He even defends the leader of a lynch mob because he's "basically a good man," who "just has his blind spots along with the rest of us."

When Scout asks her father if he's a "nigger-lover," as she heard him described in her little town, he answers without irony, "I certainly am. I do my best to love everybody."

Readers of "Watchman" are shocked that this Atticus questions the inclusion of Negroes in the white schools, an issue that tore the South apart after the Brown decision, dividing families, permanently rupturing friendships and sometimes splitting church congregations. Hardly any white folks wanted integration; the arguments were over who would bear the disruption of desegregation. The North got its first taste of such racial anger with the arrival of busing in liberal Massachusetts. "Watchman" is the tougher, more realistic but less artful book. The third-person narration lacks the charm of the child's voice in "Mockingbird," but raises more complicated questions of character when the fist hits the nose that thought it was immune from fists.

It's not so important how these two books came to be written, or the order in which the stories are told, but how they speak to us today. The questions of character and culture challenge all of us.