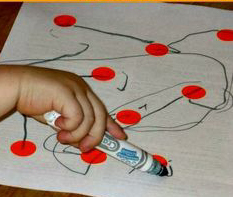 We're living at a time when a large percentage of American adults have disengaged from important news events in America and the world. For many years late night talk shows, such as Jay Leno and Jimmy Kimmel have based comedy routines around "man on the street" interviews with so-called "average people" who have no concept of current events or important world leaders. When asked to name the current vice president or when shown a photo of say Truman or Churchill they draw a blank.

Maybe the same was true for past generations, maybe Americans were always ill-educated about their world, I don't know, but I know that being "blissfully ignorant" in today's world with terrorism becoming a bigger and bigger threat to the West is a dangerous thing. ISIS or as the call themselves, the Islamic State has grown into a well armed, barbaric terroristic fighting force that is moving to engulf the entire Middle East. But as bad as they are, they are only one faction of a much larger threat.

So in the interests of low information readers who maybe have not been paying much attention up to now, I offer up the following explanation in an easy to understand, painless way. I call it the "World Terrorism Dot to Dot Book."

If you don't know, "Dot to dot," also known as connect the dots, is a form of puzzle containing a sequence of numbered dots. When a line is drawn connecting the dots, the outline of an object is revealed. And that's where the metaphor, "connect the dots" comes from. When one "connects the dots," you associate one idea with another to discover the big picture. Got it? Good, now let's go on and play dot to dot terrorism.

What do I mean by terrorism? The term "terrorist" in a general sense is a word that can be applied to anyone who commits an act of violence for the purpose of instilling fear in people. Yes, there've been Irish terrorists and there are Colombian terrorists, but let's get real here. When we speak of the main threat from terrorism today, we are talking about extremist Islamist jihad groups such as al-Qaeda, the terror organization that attacked us on September 11, 2001.

President Bush acted quickly to fight these enemies of America and that was a good thing. But he designated them as "terrorists" and called the war with them "the war on terror." The term is too vague and nonspecific and has done much to confuse people. The war we were in, and are still in, is not a war with "terror" it is a war with Islamist extremists. This war was started by them and it is being waged against all who do not think as they do. Bush should have said as much. Rule number one: always clearly define your enemy

By using the euphemism "terrorists," Bush's intention may have been to avoid casting aspersions on an entire religion. He went out of his way to be sure Americans knew that not all of Islam was our enemy. Indeed, not all Muslims are terrorists, but the ones that are, are scary barbaric fanatics with a goal to establish a worldwide Islamic Caliphate and eliminate the infidels of the West.

President Obama further confused the issue by declaring that the "War on Terror" was over (he forgot to check with the terrorists on that). He bent over backward to embrace our enemies and tried to avoid calling acts of terror by that name. The Fort Hood slaughter by an Islamist extremist became "workplace violence." The aborted Times Square bomber was "civil disobedience." The Boston Marathon bombers were just a couple of brothers who were misguided.

Now let's connect the dots. The dots are all over the world and have been called by different names: Core al-Qaeda in Pakistan; al-Qaeda offshoots in Algeria, Libya, Syria, Iraq, Lebanon, Yemen, Mali, and Somalia; Hezbollah in Lebanon, the Taliban in Afghanistan, Hamas in Gaza, ISSI in Syria and Iraq, Jemaah Islamiyah in Indonesia, Boko Haram in Nigeria, and offshoots throughout Europe.

They all have the same goal, to impose Islamic Sharia law throughout the world. As Israeli Prime Minister Netanyahu has said, "These people fight among themselves to see who will be king of the hill. But one thing they agree on: it's going to be an Islamist hill."

So when you hear or read of the Islamic State (or ISIS) in Iraq and Syria, or of Boko Haram in Nigeria, or Hamas in Gaza, remember to connect the dots. Only by doing dot to dot can we get the full picture of who our enemy is. And only then do we stand a chance of winning the war.