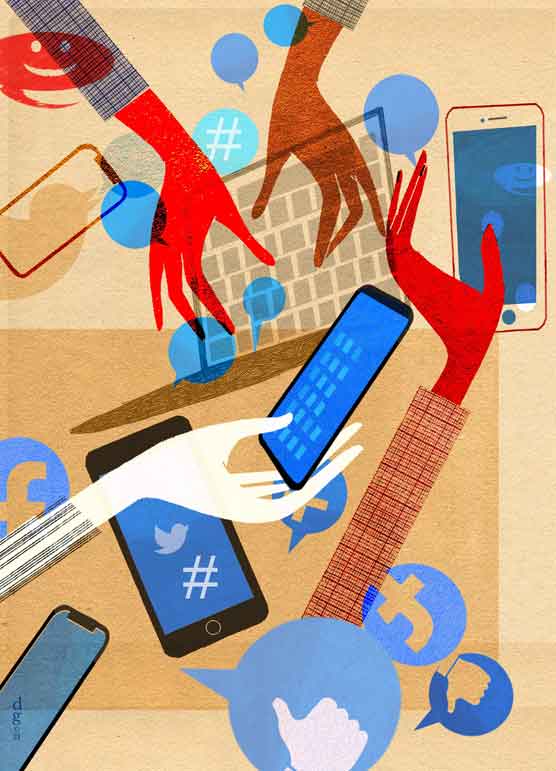 Tierney argues that the "people guilty of spreading misinformation are Facebook and its fact-checkers."

Facebook doesn't do its censoring alone. It partners with groups approved by something called the Poynter Institute, a group that claims "a commitment to nonpartisanship."

But Poynter isn't nonpartisan. It promotes progressive jargon like "decolonize the media," and it praises left-leaning journalists. Once they even proposed blacklisting conservative news sites.

One "fact-checker" Poynter approved is a Paris-based group calling itself "Science Feedback."

Science Feedback objected to an article Tierney wrote that says forcing children to wear masks can be harmful. He cited a study, which later passed peer-review, in which parents complained about masks "giving their children headaches and making it difficult for them to concentrate." Facebook calls Tierney's article "partly false."

That "partly false" label is nasty because it leads Facebook to stop showing Tierney's work to many people.

What should be labeled "false" is Science Feedback's sloppy fact-check. It includes a "key takeaway" that says that masks are fine for children over 2. But "that's not something that most scientists believe," says Tierney. "Not what the World Health Organization believes."

Again, he's right. The World Health Organization says kids under 5 should generally not be required to wear masks.

"There are all kinds of well-documented effects of wearing a mask," adds Tierney. "Workers who wear masks for a couple hours in Germany have to stop and take a half-hour break. This shouldn't be a controversial thing to say."

Facebook often censors things that should be talked about. They banned discussion of the idea of that COVID-19 escaped from a lab, only reversing course when the Biden administration did.

"They censored me for saying we're not in a sixth mass extinction," Shellenberger complains. "We're not!

No scientific study has yet proven that a recent drop in deaths was caused by the temperature rise. But so what? His main point — temperature-related deaths fell while the planet warmed — is true.

Lomborg says the "fact-checkers" want people alarmed by climate change. "It makes it a lot easier to get people to donate money."

Science Feedback's leader now plans to expand his censorship powers — so he can censor not only Facebook, but other social media.

I sympathize with Facebook. Some users spread lies. Politicians blame Facebook and demand the company "do something."

But there's no way Facebook can police all the posts, so it does destructive things like partnering with Poynter Institute "fact-checkers."

The fact-checkers "have a mission outside just facts," says Lomborg. "They also want you to not know stuff. That's not fact check. That's simply saying, 'We don't want to hear this opinion in the public space.' Frankly, that's terrifying ... The goal is nice ... less misinformation on the internet. But you could very well end up in a place where we only have approved facts that fit the current narrative. That would be a terrible outcome."

But that's the outcome we've got.

Facebook and its censors are now the enemy of open debate.

"They're trying to suppress people whose opinions and whose evidence they don't like," concludes Tierney. "They're not fact-checkers, they're fact-blockers."

We need more freedom to speak, not less.