Vaping: Should stupid kids deprive you of lifesaving technology? 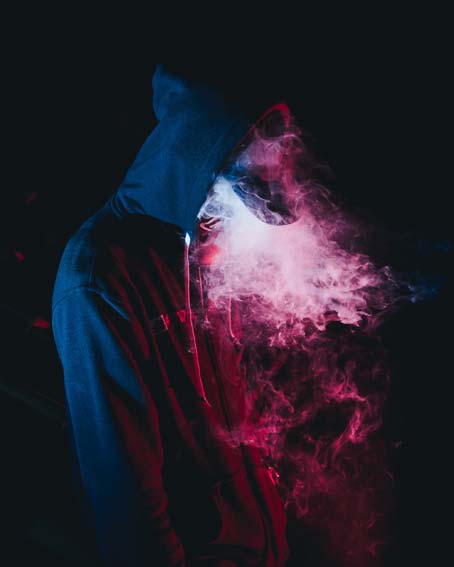 Should the government discourage a technology that can save your life because someone else might suffer ill, though nonlethal, effects from using the same technology foolishly? That's the crux of Washington's debate over electronic cigarettes (also known as "vaping").

Research and personal testimonials from our vaping acquaintances persuade us of several things: E-cigarettes appear to be the most effective means for weaning smokers from the cancer-causing combustible tobacco. Fruity-flavored vapor boosts the likelihood of quitting smoking altogether. And publicity is important for persuading smokers to shift to vaping.

Yet moves are afoot in Washington to limit publicity for e-cigarettes and limit access to fruity flavors because they might lure youthful users. (For the record, one co-author of this column smoked a few cigars four decades ago. The other tried a few cigarettes and puffs of e-cigarette vapor out of curiosity. For both of us, the appeal of nicotine is a mystery.)

The Centers for Disease Control describe cigarette smoking as the world's leading cause of preventable death. Dr. Alton Ochsner first made the connection between tobacco smoke and lung cancer in 1939, and mountains of evidence have confirmed the hazards. Yet, National Center for Health Statistics data show 14 percent of the population still chooses to smoke (or lacks the willpower to stop).

E-cigarettes originated in the 1960s but only achieved wide popularity in the past decade. In 2016, over 15 percent of adults reported having tried e-cigarettes. Previously, smokers were merely advised to reduce cigarette consumption and fight the withdrawal symptoms of nicotine addiction, aided, perhaps, by largely ineffective nicotine gum or patches.

E-cigarettes offer a different cessation strategy. Sophisticated electronics satisfy smokers' cravings for nicotine and pleasure from inhaling. But the delivery mechanism — vapor rather than smoke — virtually eliminates, rather than merely reduces, inhaled carcinogens. Whether the ex-smoker vapes indefinitely or eventually gives up all tobacco products (including e-cigarettes), carcinogen intake plunges instantaneously.

Unfortunately, some teenagers and others will begin vaping when they might otherwise have abstained from nicotine altogether. Of course, absent e-cigarettes, some youthful vapers would have turned instead to cigarettes. The follies of youth are notoriously resistant to legislative remedies.

The U.S. Food and Drug Administration is charged with protecting Americans' health. Recently, the FDA, and specifically Commissioner Scott Gottlieb, have moved to limit aspects of vaping deemed most attractive to younger non-smokers — namely, those fruity flavors and the products' presence on social media.

But herein lies the tradeoff. While a clever Facebook page or Twitter feed might indeed attract teenagers' attention, it might also persuade older smokers to drop smoking and start vaping. (Gottlieb himself said, "I've talked to ex-smokers, who've told me â€¦ it was the flavors that helped them make that transition off combustible cigarettes.") Mint, cucumber, or mango-flavored vapor might attract teenagers, but those flavors also appear to ease smokers off cigarettes more effectively. By some accounts, the flavors eventually make the smell of burning tobacco repugnant to some ex-smokers. Furthermore, a study published in online medical journal BMC Medicine indicates that smokers who spend time with vapers are likelier to try quitting smoking.

Given the toxicity of combustible tobacco, publicity and flavor mean lives saved — perhaps a lot of lives.

Official antipathy toward nicotine isn't new, and it hasn't solved the problem yet. In 1604, Britain's King James I called smoking a "filthie noveltie â€¦ (a) custome lothsome to the eye, hatefull to the Nose, harmefull to the braine, dangerous to the Lungs, and in the blacke stinking fume thereof, neerest resembling the horrible Stigian smoke of the pit that is bottomelesse."

So, should governments discourage a lifesaving technology because someone else might misuse said technology? For us, the answer is "no" in this case. We don't ban bright-colored automobiles or car ads because some teenagers drive stupidly. The sensible response to e-cigarettes is restrictions on youth behavior and enforcement of those restrictions by legal authorities — and by parents.

Robert Graboyes is a senior research fellow with the Mercatus Center at George Mason University, where he focuses on technological innovation in health care. Davis Warnell is a program associate for Open Health at the Mercatus Center.