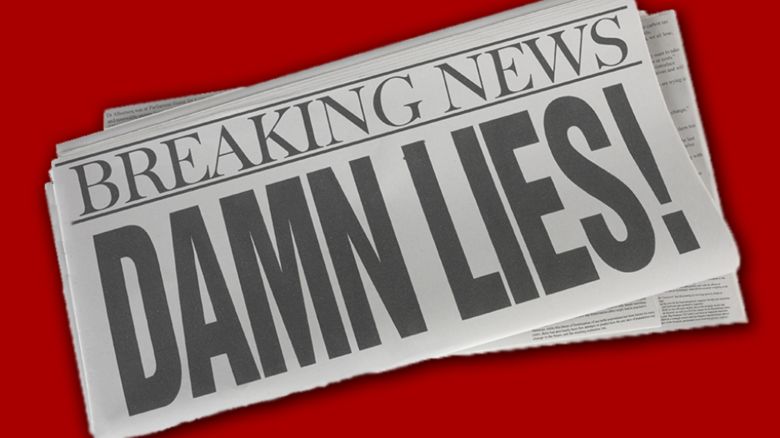 No, this article is not click-bait

If you don't read the newspaper, you're uninformed, if you do read it, you're misinformed.

He's right, of course. The irony is that Mark Twain probably didn't say it.

Which doesn't make it fake news. To be fair, Mr. Washington himself didn't cite Twain as author of the quote, which seems to derive from similar remarks by Thomas Fuller and Thomas Jefferson.

Regardless of the original source, it is heartening to hear a luminary from the left-wing Hollywood glamour culture calling the liberal press out on the red carpet.

When I first saw the Fake News stories populating my newsfeed, I thought they must be referring to those absurd and provocative headlines that infest so many internet news pages. It seemed sad but not surprising that people give credence to this kind of salacious click-bait, but hardly worthy of national discussion.

I soon realized that the subject was more serious and, indeed, more substantive. Nevertheless, there may be a closer connection between the fraudulent and the whimsical than one might imagine.

Let's start with the serious.

First of all, it's not news that there is fake news or how harmful it can be. On May 9, 2005, Newsweek erroneously reported the desecration of a Koran by interrogators at Gitmo, sparking violent protests and riots all across the Muslim world. Within a week, 15 people had been killed and Afghan clerics were threatening a jihad against America.

In November 2014, Rolling Stone Magazine ran its now infamous "Rape on Campus" story about the University of Virginia. Bad enough that the fabricated report defamed the school and libeled an associate dean; even worse, a jury found that the author either knew the story was false or acted with reckless disregard for the truth.

Perhaps most enduring has been the purely fictional "hands up, don't shoot" narrative that gave birth to the Black Lives Matter movement. MSNBC, the New York Times and the Washington Post were all complicit in spreading the rumor, contributing to inflamed racial tensions and setting cross-community relations back by decades. Perhaps most tragic, Officer Darren Wilson had his career and life destroyed, for the crime of responsibly doing his job.

On the one hand, it's deeply disturbing that the most prominent news outlets in the country are complicit in disseminating misinformation on such a grand level. On the other, it may offer some excuse for the people fooled by fake news: at least they can claim that they were justified in trusting their sources.

But that's not true either. "

'WHAT DIFFERENCE DOES IT MAKE?'

Writing for LiveScience, Professor S. Shyam Sundar of Penn State reports his findings that "online news readers don't seem to really care about the importance of journalistic sourcing." Especially when participants customized their own news portals, they were likely to accept anything that came through their feed as fact.

Think about it. How many emails do you get making outrageous claims about corruption, scandal, and new scientific breakthroughs? Too many of us are likely to swallow whole anything that fits with our political or social predisposition, no matter how improbable.

The more we believe, the more easily we believe. After a while, even headlines like Seven Times Lotto Winner, Historic Photos that have been Withheld from the Public, and The Secret Bombshell that Ended Hillary's Presidential Dream barely register on our incredulity meter. If news is absurd or provocative -- well, the more the better.

Like junk food for the soul, fake news satisfies the most superficial part of us. It confirms our preconceptions; it makes us feel superior, vindicated, and reassured that our own lives are not wildly out of control like the world around us.

But in the long run, tolerance for these false narratives erodes our integrity, misdirects our moral compass, and makes us susceptible to even the most unsophisticated types of mind control. Once we stop employing sound judgment in search of truth, we make ourselves not only dupes but willing agents of deceit and disorder.

So three cheers for Denzel Washington, who couldn't have said it better when he scolded reporters:

Anything you practice you'll get good at --- including B.S.