There IS a War on Men. Fight Back 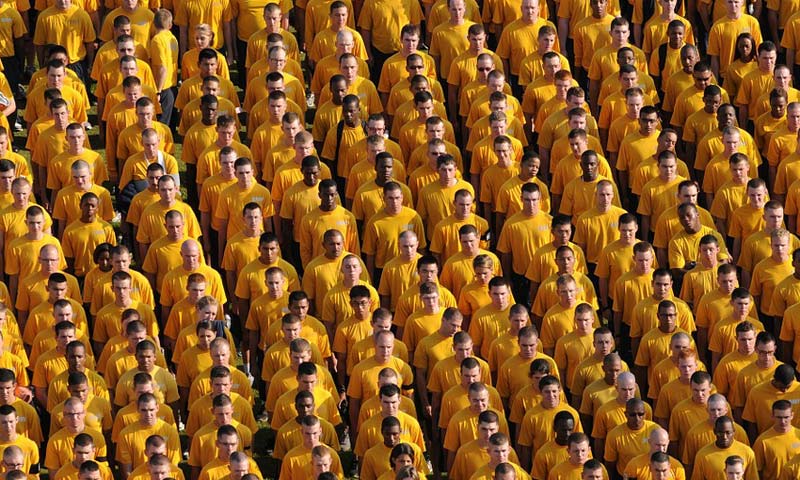 Andrea Long Chu is a writer who has thrown the world of homosexual and transgender activism into disarray with her 2018 essays in n+1 and The New York Times, and now in her new book, "Females," in which she argues that gender is not who one is but what one wants.

Chu is a biological male who identifies as female and has undergone sex reassignment surgery. Chu has outraged feminists (this goes double for lesbian feminists) by embracing so many of the "traditional" (which is to say "stereotypical") notions of femininity that feminists of all stripes have decried for decades as artificial constructs imposed by the desires of men. In particular, Chu has invited the ire of TERFs ("trans-exclusionary radical feminists") for suggesting (as a New Republic interview with her is titled), "We are all female now."

To read Chu's essays — as well as those of her critics — is to find oneself immersed in a maelstrom of philosophical and political debates about women, women, women. But what's left unspoken is what all of this obsession with sexual identity and transition says about our society's view of men .

I am tempted to make a sweeping denunciation of our society's pathological need to eradicate men and masculinity. Oh, there is definitely a movement afoot to do just that. But in fact, it isn't "society" as a whole pushing this agenda. It is a small, brittle crust of malcontents who cast themselves as the cultural elite, and who develop theories and spearhead movements as a way of making themselves feel important — or at least validated.

If this were the extent of their impact, they would only warrant our pity. But they have hundreds and thousands of enablers and water carriers throughout academia and the media who refuse to challenge their patent absurdities, who promote and praise the nonsense in order to themselves be thought intellectual and avant-garde .

In academia and literary circles especially, bizarre, counterintuitive, unproven and completely unscientific "theories" like those espoused by Chu and many others enjoy broad acclaim. And it is a much larger problem than just sexual identity politics, as scholars and authors Peter Boghossian, James Lindsay and Helen Pluckrose revealed in the expose they published in Areo magazine last year.

The three authors submitted for publication in peer-reviewed journals a series of deliberately absurd, counterfactual, wholly unresearched articles worded in gobbledygook academe-speak. A shocking number of them were accepted for publication.

Why does this matter?

"(T)here is a problem in our universities, and ... it's spreading rapidly into culture," say Boghossian, Lindsay and Pluckrose. "Radical constructivism is ... a dangerous idea that ... we must , on moral grounds, largely reject the belief that access to objective truth exists."

They continue: "Any scholarship that proceeds from radically skeptical assumptions about objective truth by definition does not and cannot find objective truth. Instead it promotes prejudices and opinions and calls them 'truths.'"

The Areo expose should have been a category 8 earthquake. But it wasn't. Other than some perfunctory criticism in places like the Chronicle of Higher Education, Vox and The Atlantic, the Areo revelations barely registered on the media's Richter scale. They quietly faded away because they were an embarrassment. And because they are true .

Boghossian, Lindsay and Pluckrose give a number of examples of academic nonsense that have made their way into popular culture as gospel, such as "white fragility." But the most recent cause celebre is the popular attack on men and maleness. We can see it in the media and entertainment industry's rush to celebrate men who wish to be women and promote works like that of Andrea Long Chu, which display evident self-loathing and vulgar criticism of maleness in general. (In one interview, Chu discusses her relationship with her girlfriend. "Heterosexuality," Chu asserts, "is so much better when there aren't any men in the equation.")

This is in addition to longer-running drumbeats of anti-male criticism like "Male privilege!" "Rape culture!" and "Deadbeat dads!"

Men in the United States are suffering under this pervasive attack. They are told by the loudest voices in our society: "You are a predator, an incipient rapist, potentially violent. Your views are oppressive. Your voice doesn't matter. You would be better if you were female."

This is not just balderdash; it is cultural rot.

We cannot be surprised that men in the United States are being diagnosed with mental illness and committing suicide in record numbers. And it isn't just grown men who are suffering. Male children are also victims. Much of the social media universe was enraged by the recent story of James Younger, whose mother (a pediatrician, no less) insisted that he is really a girl because he likes the movie "Frozen" and asked for a girl's toy Happy Meal at McDonald's when he was 3. Younger's father has been fighting to keep the child's mother from putting the little boy on puberty blockers.

The war on men and maleness may have its origin among academics and hoity-toity social commentators. But it has spread out into the general population. And we must fight back.