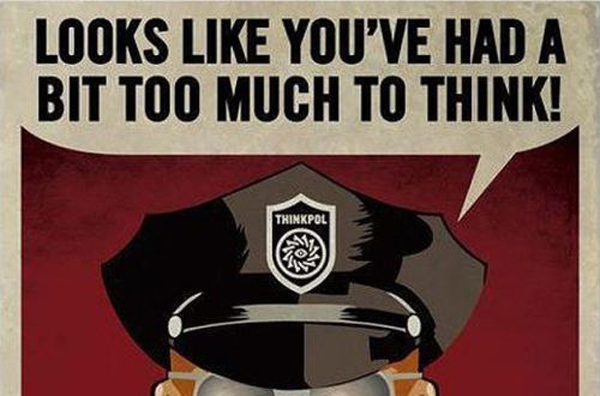 Trump was said to have advised his lawyers and other subordinates, past and present, not to cooperate fully with the Mueller investigation. Yet the special counsel did not pursue any actionable cases of egregious interference by the .

Indeed, Mueller would never have concluded his $35 million, 22-month investigation had he not enjoyed cooperation from the .

employees were questioned freely by the special counsel. Documents were released. When the special counsel's exhaustive investigation into purported Trump-Russia collusion found no such crime, the fallback claim of obstruction arose. Trump allegedly wanted to curtail Mueller's parameters of inquiry into something that was proven not to be a crime.

Mueller found no grounds for a criminal referral on obstruction of justice. But he repeatedly hinted that Trump had thought about obstructing the non-crime of collusion.

In the Ukrainian melodrama, Trump is accused of the thought crime of considering the withholding of military assistance unless investigated possible Ukrainian tampering in the 2016 U.S. presidential election and also former Vice President intervention in Ukrainian politics on behalf of his son.

Biden had bragged at a conference that his threats to withhold non-military assistance to led to the dismissal of a prosecutor, . It turns out Shokin may have been considering an investigation of the energy company where Biden's son Hunter had been given a lucrative position on the board of directors.

Two questions arise from hours of impeachment inquiry testimony before the :

One, did Trump cut off military assistance, prompting the compliant Ukrainians to launch investigations to ensure that endangered military aid was not curtailed?

Two, did Trump reverse prior foreign policy by cutting off military assistance, thus threatening the security of ?

Regarding question No. 1, military assistance was delivered to after a delay. Ukrainian President never announced investigations of the Bidens or election tampering.

In response to question No. 2, the Obama administration's policy was to deny significant military assistance to . Even non-military aid was apparently leveraged by Biden to force the Ukrainians to fire a prosecutor whose role in looking into company is still murky.

In other words, Trump is accused of thinking about cutting off aid as a lever to force Ukrainian investigations. Yet the prior administration never extended significant military aid and threatened to cancel non-military aid over a bothersome prosecutor.

That disconnect prompts another question: Is thinking about cutting off military aid to a greater crime than declining to provide with significant military aid?

Trump is also accused of the thought crime of contemplating bribery. Critics allege that Trump wanted to do him a "favor" of inestimable value by launching those investigations.

Trump supposedly used the gifting power of the government to obtain a personal political benefit to his 2020 presidential candidacy.


But that premise is shaky on a number of grounds. Trump did not receive any such investigatory help from . Yet even if had announced the investigations that Trump had sought, the fact that chose to run for president in 2020 does not exempt him from government scrutiny of his suspect behavior with regard to when he was vice president.

Both and seem to agree that corruption is endemic in and demands constant vigilance as a condition for foreign aid. Moreover, the public did not learn about the bad optics of the Bidens in from Trump-pressured Ukrainian leaks. Instead, Biden publicly bragged of his own clout in strong-arming the Ukrainians -- and ostensibly about how tough he would be as a future president. Any benefit to Trump of showcasing Biden's bad behavior came not from thinking about pressuring , but from Biden's own braggadocio.

Trump has been accused of thought crimes, not actual crimes. Trump can be indiscreet, even crude, in his speech. But alleged bad thoughts are not crimes -- at least not outside George Orwell's dystopian novel "1984."