GOP, transform lame-duck Congress into working-duck session. Do it NOW! 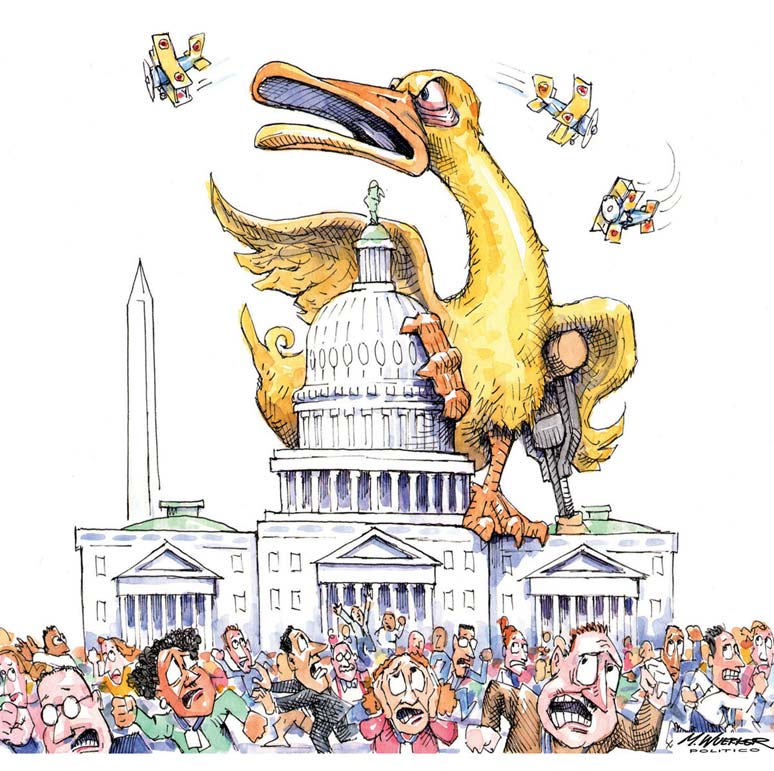 Democrats will stop the GOP. Pelosi, or whoever becomes speaker, will convert the House into a giant rubber stamp that says, “HELL NO!”

Aside from an infrastructure bill, anything that slips past filibustering Democrats and passes the GOP Senate will be machine-gunned the second it reaches the House. The Trump/GOP legislative agenda, as such, dies in two months.

Instead, the Democrat House will launch big-government measures (even if they sink in the Senate), probe every curve of the Trump Administration, and possibly impeach President Donald J. Trump for the high crime of defeating Hillary Clinton, even though there is zero chance that 67 senators would vote to convict him.

House Democrats cynically will assure that nothing Trump wants goes anywhere. Then, come 2020, they will slam him as a do-nothing president. There is no bottom to the Democrats’ craftiness.

Facing these facts, Republicans should lead the mother of all lame-duck sessions. In fact, they should call it the working-duck session.


• As deficits and the national debt creep higher, Congress should pass the Penny Plan. Every dollar of federal spending this year would drop to 99 cents in 2019, 98 cents in 2020, and so on. In 2024, spending will hit 94 cents on the dollar. This should yield a balanced budget, as painlessly as possible.

• It’s now or never to repeal and replace Obamacare. The Senate should re-visit the “skinny repeal” bill on which the late Senator John McCain (R-Arizona) turned his thumb down. The reliably conservative Senator John Kyl (R-Arizona), McCain’s temporary replacement, would turn his thumb up on this measure. If the other Republican “Ayes” hold, Obama’s national embarrassment finally will be unplugged. Medicaid funds re-directed to the states will shift healthcare decisions from Beltway bureaucrats closer to American patients and doctors.

• Planned Parenthood funds should be block-granted to the states on a per-capita basis. Let governors and state legislatures restrict those funds as they wish.

Republicans should use their remaining power until 2019. Democrats will scream, but they always do. Republicans must resist the foolish temptation to “be nice” to Democrats, in hopes that they will return the favor. They won’t.

Instead, Republicans should vote, vote, vote relentlessly until January 3, with just a day or two off for Thanksgiving, Hanukkah, and Christmas. They should litter President Trump’s desk with bills that enhance individual freedom, fortify national security, limit government, and unleash markets. Come 2019, President Trump will have little if anything to sign. Until then, congressional Republicans should give Trump a sprained wrist from signing a pile of worthy bills.