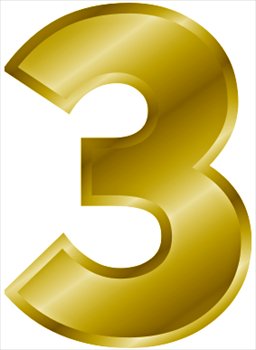 Donald Trump's campaign is in deep trouble -- with the possibility of an electoral whitewash very much in play. Given the flailing state of Trump's campaign, there's a tendency to assume that everything he says and does is wrong or bad.

That's not true. In fact, listening to Trump's speeches over the last few days, there are pieces of it that have real resonance in this time of deep resentment toward both political parties. Politicians on both sides would do well to borrow some of Trump's language -- emphasis on some -- going forward as they continue to navigate a fed-up electorate desperate for change.

Why Trump didn't start using this phrase six months ago is beyond me. It's without question his best message of the campaign. The problem for Trump, of course, is a) he just started saying it and b) there's so much water under the bridge for him with voters that it doesn't sell as well as it might have.

But, fundamentally, the idea of getting rid of the creatures and the culture of Washington is quite appealing to people who live outside the Beltway, aka normal people. There is an assumption that politicians (and the media) are not to be trusted. Anyone who can run as an outsider to the "way things work" in Washington has real power in this sort of environment.

While that's more easily done for a candidate with Trump's profile -- never run for office before, businessman -- it's also doable for politicians currently in office. Running on a reform message -- whether that tax reform, education reform or electoral reform -- has power. Make sure people know that you know there's a problem and the only way to fix it is with fundamental change.

Like "drain the swamp," Trump's call for term limits is a new arrival to his stump speech/overall messaging. But it is a very nice addition.

Are term limits ever going to get passed by Congress? Almost certainly not. (Would most employees pass a rule that puts a hard out-date on their careers? Would you?) And, are term limits a good thing for politics? I would argue no; in the states where term limits are in place -- state legislatures in California and Florida, for example -- the institutional wisdom typically held by long-serving members is instead held by lobbyists, which is not the best trade-off.

That is all besides the point. What we are talking about here is trying to find ways to position yourself in a deeply toxic political environment. And, term limits -- politics shouldn't be a career occupation, citizens legislators and all that -- is code to most voters for not being a same old, same old politician.

3. Why hasn't she changed anything?

One of Trump's best lines, which he used in the first debate before, inexplicably, dropping it, was that for all of Hillary Clinton's big promises about what she would do if she were elected president, she hasn't actually done much in during her long years spent in politics.

For Republicans who expect Trump to lose and are already positioning to be at or near the top of the 2020 Republican field, this line of attack should be front and center to any campaign against President Hillary Clinton.

Yes, she will undoubtedly point to the accomplishments she is able to eke out from what is nearly certain to be a divided Congress and a very-abbreviated (or maybe even non-existent) presidential honeymoon period. But given that likely divided Congress and the fact that Clinton will come to the White House as the least popular president elected since World War II, there's a strong likelihood that she may not be able to get a terribly ambitious agenda though the legislative branch.

Hammering Clinton as someone who has sold herself in this campaign as the single most effective bureaucrat in the country but then failed to make the gears of government go is actually an even more effective attack line in 2020 than it is in 2016 -- since she isn't president yet.

Broadly speaking, what's important to do when it comes to Trump is separate the messenger from the message. The messenger is irretrievably flawed in ways that make it very tough for him to win a majority of the country's votes. But it is a testament to the strength of the message Trump carries -- anti-elite, protectionist, populist -- that he could ascend to the Republican nomination despite those flaws.

Trump's message is, at times, exactly in tune with large swaths of the American public. Played properly that anti-Washington, anti-elites message could cut across partisan lines and put a Republican nominee very much back in the game for president.