'Star Trek' was silly. That's why we loved it 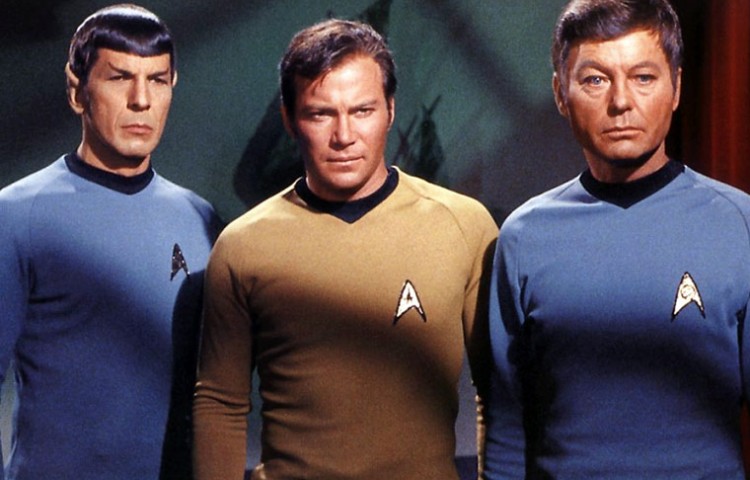 Despite all of last week's hoopla, true "Star Trek" wonks know that the 50th anniversary of the premiere actually falls this week. In the parlance of the era, what aired on Sept. 8, 1966, was called a preview -- an appetizer to increase the audience for the actual premiere, which, in the case of "Star Trek," came the following Thursday. (Thus "The Man Trap" was the preview; the premiere was "Charlie X.")

When "Star Trek" first beamed down, I was a schoolboy in Washington, D.C. Two years later, I joined the legion of teenagers who wrote "Dear NBC" letters to protest the network's plans to cancel the show we had come to love. The program was cheesy. It was preachy. Now and then it was downright silly. But mostly it was grandly optimistic fun, and we were proud to have played a role in its rescue.

Today, the cognoscenti call what premiered in 1966 "Star Trek: The Original Series" (never omit the caps) or "TOS," to distinguish it from its many progeny. Yet even as encomiums overflow now that "TOS" has hit its golden anniversary, I find myself remembering how small a group we were, we fans, and how quirky we seemed to outsiders. NBC's decision to preview the show a week before the premiere suggested a fear that finding an audience might prove a challenge.

"Star Trek" debuted that September as part of a trio of what the Los Angeles Times promptly labeled "gimmick shows" -- the others being "The Time Tunnel" and "The Green Hornet." Of the three, only "Star Trek" survived for a second season, and this in spite of a storm of critical derision.

Did I say storm? More like a hurricane. I had forgotten how much the show was hated until I looked up a few reviews. The Boston Globe: "Clumsily conceived and poorly developed." Variety: "An incredible and dreary mess of confusion and complexities ... better suited to the Saturday morning kidvid bloc." The Baltimore Sun: "A Class C horror movie." The Houston Chronicle: "Disappointingly bizarre." Newsday: "If that's the future, who wants it?" The reviewer, Barbara Delatiner, was particularly contemptuous of the "pointy-earred [sic] assistant skipper from the planet Vulcan."

And in a review quoted by furious Trekkers ever since, Jack Gould of the New York Times was withering: "Astronautical soap opera that suffers from interminable flight drag."

Yet somehow "Star Trek" endured. At the dawn of the second season, Variety was predicting that the show's "savvy balance" between character and "sci-fi gimmickry" would "see it through another semester." Creator Gene Roddenberry was determined to put his air time to good use. He wanted to use the episodes the way Rod Sterling had used "The Twilight Zone," to highlight issues he considered socially significant.

The trouble was that "Star Trek" tended to stumble when confronting these issues head-on. Roddenberry could be heavy-handed. "Let This Be Your Last Battlefield," an episode about racial prejudice, was crushed under the weight of its own symbolism (the aliens who hated each other were literally half black and half white). "Turnabout Intruder," the series finale, which sought to tackle issues of sexism and what we might today call gender fluidity, was ranked at the most recent Star Trek convention as one of the worst three episodes. ("Spock's Brain," long regarded by Trekkers as the very worst episode, somehow failed to make the list.)

Chosen as most disliked in the survey was "And the Children Shall Lead," an episode in the final season that essentially rehashed the generation-gap themes of "Charlie X" from season one, but added an unintentionally comic turn by the lawyer Melvin Belli, who played the evil alien urging the kids not to trust grownups.


There was silly science, too -- the transporter beam, for example, which every Trekker knows was invented by the writers as an economy measure: There just wasn't money in the budget for shuttles constantly carrying the cast back and forth to the surface of planets.

Yet with all its flaws and gaffes, the show's best episodes -- "The City on the Edge of Forever," for example, or "Mirror, Mirror" -- soared above pretty much everything else on scripted television in the late 1960s. The interracial crew, the evolution of women's roles over the three-year run, the unthreatening alien Mr. Spock -- in all of these, "Star Trek" was in advance of the medium.

The whole experience was weird fun. When rumors of the show's cancellation swirled at the end of season two, students from the Massachusetts Institute of Technology demonstrated outside NBC's Rockefeller Center headquarters. Their comrades from Cal Tech marched on the network's Burbank studio.

Television columnist Vernon Scott urged fans to mail "a note of protest or a card of outrage to an NBC-TV Bigwig," and offered a name and address. What can I say? We did as bidden, and a mass movement constructed without the aid of the internet or cell phones kept the Starship Enterprise afloat for another year.

Of course all good things must come to an end. The Original Series was cancelled after season three. It thrived in syndication. And in books, at a time when nobody wrote books about television shows. I attended one of the early Star Trek conventions -- Atlanta, 1976 -- and I still remember how wildly we cheered when an earnest Gene Roddenberry insisted from the lectern that all three networks (the old days) were interested in reviving the program. Revived it was, in films (some brilliant, some forgettable) and in spinoff series (ditto).

And, yes, the critics were right. The Original Series was cheesy. The original movies were talky. And sometimes the show and its progeny were at their most watchable when they were at their silliest. (For instance, "The Trouble with Tribbles.")

We eldest Trekkers (back then Trekkies ) were crazy about the show. As with many of history's most passionate love affairs, I cannot point to precisely what drove us. But I am grateful to have spent the past half century infected with the madness.