The Demise of the Love Gov 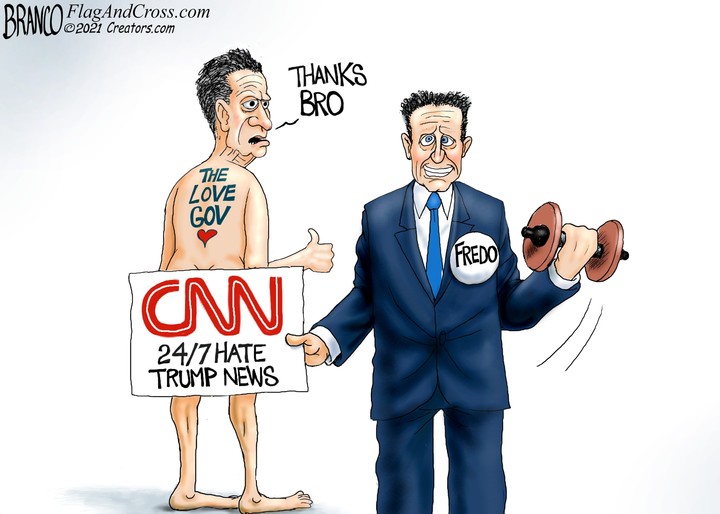 This week, Gov. Andrew Cuomo of New York resigned his office. It was a stunning turnabout for a man who had been proclaimed a hero of the republic by the entire media just last year, even as he presided over the worst COVID-19 spike in the United States and covered up the deaths of thousands of nursing-home patients.

Trevor Noah declared himself a "Cuomosexual"; Chelsea Handler gushed about her "crush"; there was even talk about supplanting President Joe Biden with Cuomo at the top of the 2020 Democratic ticket were Biden to falter. Crown Publishing saw fit to shower $5 million in advance money on Cuomo's self-flattering COVID-19 memoir, humbly titled "American Crisis: Leadership Lessons from the COVID-19 Pandemic."

Now, of course, Cuomo isn't being dumped by the side of the road because of his horrific performance with regard to COVID-19, despite the fact that his state currently carries the second worst deaths-per-million ratio in the United States (Florida, the media's favorite bugaboo, ranks 26th by this metric, despite its status as America's oldest state outside of Maine).

Upon Cuomo's resignation, Biden lamented that Cuomo had done a "hell of a job" on "everything from access to voting infrastructure to a whole range of things. That's why it's so sad."

Instead, Cuomo was forced into resignation because of his habit of touching subordinates' body parts. Attorney General Letitia James, who has her own eyes on the gubernatorial mansion, put out a 168-page report detailing Cuomo's treatment of 11 different women who alleged sexual harassment; the most egregious allegation came from Brittany Commisso, a former aide, who said that Cuomo had rubbed her butt, kissed her on the lips and grabbed her breast under her shirt. James declined to prosecute Cuomo or recommend his prosecution, but her report was enough to open the floodgates.

By the end of last week, it was clear that Cuomo didn't have any support in the halls of power to remain as governor — at least partially due to his long-standing habit of treating legislators like trash.

Now we're told that Cuomo's ousting is the result of Democrats' high moral standards. Joy Reid of MSNBC bragged that Cuomo's departure was "100% the result of Democratic pressure" — true as far as it goes, given Democrats currently comprise a supermajority in the New York state Senate. Russell Berman of The Atlantic made the same argument, stating, "Democrats hold their leaders to higher standards than Republicans do."

Of course, that isn't true. At all. Democrats routinely overlook powerful politicians accused of sexual misconduct, from the late Sen. Edward "Ted" Kennedy to former President Bill Clinton to Biden himself. It all depends on the politics of the moment. And the reality is that Cuomo was a liability for Democrats not merely because of his penchant for grabbing asses, but because his COVID-19 performance was so abysmal.

Cuomo's lockdown policies resulted in extraordinary numbers of deaths, residents fleeing the state and the fourth-worst unemployment rate in the nation — even as Democrats championed him as a model governor.

Getting rid of Cuomo, then, was good politics. It allows Democrats to pretend that they care deeply about the #MeToo movement while simultaneously ridding themselves of a rather nettlesome problem. That's why it must be so galling for Cuomo — who has gotten away with egregious interpersonal behavior for at least a decade — to have to resign in his supposed moment of triumph. It's also why Democrats must defenestrate him: To acknowledge that Cuomo botched COVID-19 would be to acknowledge that Democrats' current policies mirror Cuomo's botchery.

Better to brush Cuomo under the rug than for Cuomo's opponents to continue holding him up as an object lesson in dictatorial and bloviating incompetence.