Twisting what Trump said is repugnant 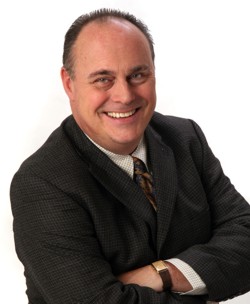 For a few hours, the commanding topic on Donald Trump's Charlottesville remarks was why he couldn't have delivered Monday's thorough, tone-appropriate condemnations of racists on Saturday.

In wide-ranging remarks that sent some TV analysts into conniptions, the president took advantage of having checked the box for rebuking the right villains, and explored some substrata of the Charlottesville controversy that raised eyebrows nationwide.

"He just equated Robert E. Lee and George Washington!" gasped one talking head. "He just defended the neo-Nazis!" blurted another.

Except he did no such thing. Everyone is free to like or dislike what the president says; making stuff up is another matter.


• The violent left was on hand in Charlottesville as well, with the clear intent to react to the hate groups with a variety of weapons. This is a fact.

• Alongside a throng of admitted racists, decent people can be found at protests seeking to prevent the erasure of Confederate monuments (a fact Dallas Mayor Mike Rawlings would do well to realize as he cobbles together a "task force" to plot the fate of Dallas monuments. Wonder how that will go).

• If the confederate monuments are obliterated, activists will not stop there. Get ready for attacks on imagery featuring any of history's slaveholders, from Sam Houston to Thomas Jefferson to George Washington. Anyone doubting this has not been paying attention to the wanton fervor of the revisionist left.

On the day after hooligans in Durham, N.C., yanked down and defiled a Confederate monument, Trump said his favored policy on the fate of statues is to leave the matter to "a local town, community or federal government, depending on where it is located."

Sounds reasonable to me. But then my radical position is to harbor neither affection nor revulsion for the statues, which are sure to be future flashpoints. Those will be interesting occasions, as people seeking to preserve those images with no racist intent find themselves aligned with execrable figures like David Duke and Richard Spencer.

Should that send good-hearted folks away from their cause? If David Duke likes "Star Trek," do I have to stop watching it? This is all so very stupid, a fog machine billowing from one source: narrators hell-bent on affixing President Trump to the hate groups he has repeatedly berated.

In what now seems like ancient history, for the record, count me among those who would have liked to have heard the specific condemnations of neo-Nazis, Klansmen and white supremacists sooner rather than later. He could have done himself a great favor, sparing himself two days of criticism from enemies and supporters alike.

He attempted Tuesday to suggest that his broad Saturday rebukes were sufficient. They were not, especially for a president who knows he has a loud chorus of haters ready to suggest the redesigned Oval Office will feature a wall-mounted swastika flag.

But with specific scoldings now on the record, honest examination of the president's actual words will reveal that his observations are worthy. They are also shared by millions who grow weary of the daily chore of being called racists by virtue of their votes for Trump.

That burden will not soon be lifted. There is no shortage of attackers eager to spread that slander, and no shortage of inattentive Americans who may choose to believe it.

Mark Davis is a radio host in Texas and a frequent columnist for The Dallas Morning News.