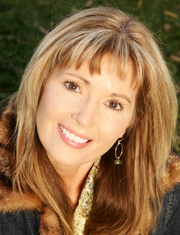 The progressive left has cannibalized the Democrat[ic] Party to the point that even its chairman, Debbie Wasserman Schultz, can no longer differentiate between today's democrat and a socialist. Or, if she can, she's afraid to explain the difference, which is what likely happened during two recent interviews where she had to change the subject rather than speak to the question. So apparently, there is nothing to see here, time to move on.

We should ignore, of course, that as a democrat, President Obama's divided this nation with the same kind of class warfare and race-baiting that communism has employed for decades. He's led the charge against job creators, extended olive branches to enemy states and praised anarchists like the "99 Percent." He's publicly castigated police, belittled Christians, and disparaged the third (and his equal) branch of government. He trades terrorists for traders, denigrates our allies and discourages our military.

Are people really so gullible to not see the similarities?

Author and former politician Upton Sinclair sure thought at least democrats were that gullible. In 1951, referring to his own experience running for public office after switching from the Socialist Party to the Democrat Party he said, "The American people will take socialism, but they won't take the label. I certainly proved it... Running on the Socialist ticket I got 60,000 votes, and running on the slogan to 'End Poverty in California' I got 879,000." Sinclair tricked 819,000 people, err, democrats into voting for him simply by switching labels and tweaking his message.

The same kind of message tweaking is taking place regarding our sick economy. The economy's bad with GDP's growth historically low. Of course, we should ignore just-released GDP figures from the Bureau of Economic Analysis reflecting that seven years of "yes we can" effectively turned us into a nation of "no we can't." Can't make it economically, that is.

I know. At this point, we should pause for a moment of silence to remember what Obama inherited. Okay, but let's also remember what President Ronald Reagan inherited. If Obama inherited the Great Recession, then Reagan inherited the Great-Great Recession with higher unemployment, inflation and interest rates. Reaganomics rocked the economy while Obama's economy's on the rocks. It's no wonder that the American entrepreneurial survivalist spirit has risen from the ash heap, motivating people to do whatever it takes to pay bills. Or put something on the table besides the First Lady's recommended daily servings of grass products or cardboard flavored entrees school kids regularly toss into trash bins.

With good jobs scarce, many hard working folks are doing whatever they can to make ends meet, including working for a ride-sharing service called Uber, which brings together willing and ready drivers and needy, paying customers. A 21st century solution that has the progressive left up in arms, declaring war against organizations like Uber. Let's not forget how pro-entrepreneurship democrats were back in 2010 when Nancy Pelosi channeled her best Ayn Rand while promoting Obamacare, promising it was the gateway to a brave new entrepreneurial world offering "an economy where people could be an artist or a photographer...without worry about keeping their day job." Hail-hail Obamacare! Who knew how right she was? Last year, the Congressional Budget Office reported the equivalent of 2.5 million people won't need to "worry about keeping their day jobs" because Obamacare's killing them. Consequently, people need jobs like Uber.

Nevertheless, we shouldn't be surprised when far-left extremists like New York City Mayor Bill de Blasio declares war against Uber, disregarding that Uber improves workers' lives and meets a need for a large swath of the population who appreciate efficiency and value. Drivers could do something more productive like waiting in welfare lines, which may give them time to come up with an answer to the question Ms. Wasserman Schultz refuses to address. Here's a hint: There is no difference except that most self-declared socialists are honest enough to admit it.