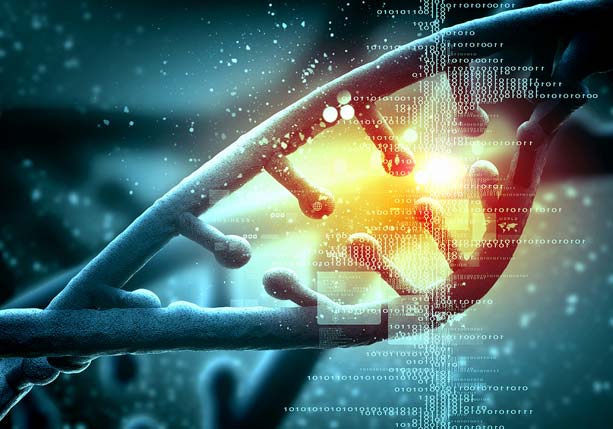 A promising new class of cancer treatments recruits the cells in our blood to fight tumors, using powerful gene-editing tools to transform a type of white blood cell - called a T-cell - from an immune cell that normally targets bacterial or fungal infections into a living cancer drug.

The genetic alterations could boost immune systems to successfully fight cancers on their own. Researchers remove T-cells from patients and slip new genes into the cells. After clinicians return the modified T-cells to patients, the cells, like microscopic bloodhounds, lead the immune system on the hunt for tumors.

"We're living in an amazing moment in cancer immunotherapies," said Alexander Marson, a microbiology and immunology professor at the University of California, San Francisco.

In 2017, the Food and Drug Administration began approving genetically altered immune cells for small groups of patients, such as those with aggressive non-Hodgkin lymphoma or a rare form childhood leukemia. Other experimental trials, involving cancers such as myeloma and melanoma, show encouraging results.

But further developments have been slowed, with a bottleneck arising not from red tape but demand. Delivery systems able to insert new genes into immune cells are in short supply.

Disabled viruses, which inject genes into cells like a shot from a syringe, are the current standard. Just a few biotechnology companies, equipped with expensive manufacturing systems, can produce the viral vectors. Wait times for new viruses can be as long as several years, as James Wilson, who directs the gene therapy program at the University of Pennsylvania's Perelman School of Medicine, told the New York Times in November.

Marson and his colleagues have developed a new, faster method to reprogram T-cells, as they described Wednesday in the journal Nature. Rather than relying on viruses to deliver the genetic package, researchers jolted T-cells with electricity. The shock relaxed the membranes that surround the cells, making them receptive to new genetic material.

If chains of edited genes floated nearby, as they did in the study, the DNA commuted through the membrane. With the help of CRISPR-Cas9 - a molecular system often likened to cut-and-paste - the new DNA fused into the cell's nucleus. (Exactly why the shock works, the study authors said, is not fully understood.)

"It's a turning point," said Vincenzo Cerundolo, director of the Human Immunology Unit at Oxford University, who was not involved with this study. "It is a game-changer in the field and I'm sure that this technology has legs." He predicts cheaper therapies and much faster development times - as swiftly as a week, rather than the months required to manufacture a virus.

Researchers previously used the delivery technique, called electroporation, to coax genetic material into cells. Last year, for example, Harvard University scientists translated a movie of a galloping horse into DNA. Through electroporation, they inserted the clip (an animated GIF) into bacteria.

In the new research, Theodore Roth, a doctoral student in Marson's lab, performed thousands of experiments in quick succession to identify the best way to zap new genes into T-cells.

The method's efficiency varied, depending on the donor cells and the targeted genes. In cells from healthy volunteers, the most successful group, the new genes integrated with as many as 35 or 40 percent of cells.

Roth pointed out that electroporation also allowed researchers to insert genes at "a specific site in the genome." The genes delivered by a virus's jab wind up in a more or less random location, he said.

The study authors tested the method in two scenarios. First, they used CRISPR-Cas9 to fix a single mutation in T-cells.

Three children in a family have a rare autoimmune disease, which prevents the normal function of regulatory T-cells that keep the immune system in line. The researchers took mature immune cells from the affected siblings. In a dish, the scientists carefully snipped out the harmful mutation. They grew hundreds of millions of repaired cells. The entire process took approximately one to two weeks.

"By fixing one gene, you can essentially repair" the broken cells, said Fred Ramsdell, vice president of research at the Parker Institute for Cancer Immunotherapy in San Francisco. Ramsdell, who was not a member of the team behind the study, called the ability to quickly revamp T-cells "extraordinarily significant."

A bone-marrow transplant, the existing treatment for similar autoimmune diseases, requires patients to take immunosuppressive drugs for life. Because of that, said study co-author Kevan Herold, an endocrinologist and immunologist at Yale University, the family was keen to find other options. Herold and his colleagues are seeking FDA approval to treat the family with the repaired T-cells.

"There will have to be discussions with regulatory agencies," Herold said. "All of us are aware of the potential pitfalls here." Researchers need to answer a "critical first question: Are these cells safe to be put back into people?"

In the second scenario, also completed in vitro, the researchers reworked T-cells to home in on melanoma cells. Electroporation opened the gates for large amounts of genetic material to enter the cell. The authors said previous non-viral insertions had been confined to short segments of at most a few dozen bases - the letters that make up DNA code. The new technique inserted hundreds of bases.

Such a long chain allowed scientists to, essentially, gut-renovate a specific part of the T-cell.

T-cells have small protruding receptors, like feelers, that identify infectious invaders. Cancers such as melanoma can evade the detectors. The study authors replaced the T-cell receptor with feelers that sense melanoma cells. At the same time, the scientists kept the T-cell's original anti-invader powers intact.

"Its ability to kill, its ability to produce inflammatory proteins," Roth said, "we can harness all of that and direct it against exactly the [target] that we want it to."

The technology "really opens up the ability for us, as a community, to think about very creative and potentially unique ways to activate a T-cell," Ramsdell said.

Herold said it is too early to discuss cost, except to note that the therapies are not inexpensive. Current costs for gene therapy can be as high as $1 million for rare diseases. Treatment for more common diseases also can be expensive, with bills running in the six-figures.

Likewise, Ramsdell said predicting a timeline would be difficult: "We will begin to see this kind of technology brought forth in human clinical trials" in the next one to three years.