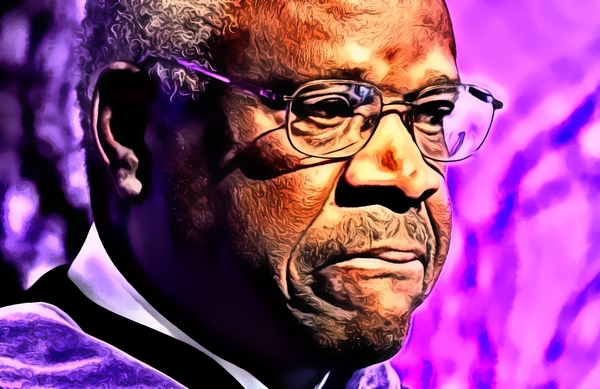 WASHINGTON - The leak of a draft opinion regarding abortion has turned the Supreme Court into a place "where you look over your shoulder," Justice Clarence Thomas said Friday night, and it may have irreparably sundered trust at the institution.

"What happened at the court was tremendously bad," Thomas said in a conversation with a former law clerk at a conference of conservative and libertarian thinkers in Dallas. "I wonder how long we're going to have these institutions at the rate we're undermining them. And then I wonder when they're gone or destabilized, what we're going to have as a country."

It was second time in a week that Thomas has decried declining respect for "institutions"; he made similar remarks at a conference of judges and lawyers last week.

Thomas, 73, said the leak has exposed the "fragile" nature of the court.

"The institution that I'm a part of - if someone said that one line of one opinion would be leaked by anyone, you would say, 'Oh, that's impossible. No one would ever do that,'" Thomas said. "There's such a belief in the rule of law, belief in the court, belief in what we're doing, that that was verboten."

He continued: "And look where we are, where now that trust or that belief is gone forever. And when you lose that trust, especially in the institution that I'm in, it changes the institution fundamentally. You begin to look over your shoulder. It's like kind of an infidelity, that you can explain it, but you can't undo it."

He made the remarks Friday night at a conference sponsored by the American Enterprise Institute, the Manhattan Institute and the Hoover Institution. In front of an approving crowd, he was pointed and accusatory; he seemed to blame law clerks who work at the court for the leak of a draft opinion by Justice Samuel Alito that would overturn Roe v. Wade, and he appeared distrustful of some of his colleagues.

"Anybody who would, for example, have an attitude to leak documents, that general attitude is your future on the bench," Thomas said. "And you need to be concerned about that. And we never had that before. We actually trusted - we might have been a dysfunctional family, but we were a family."

Just as Alito had done in a speech the night before at the Antonin Scalia Law School at George Mason University in Virginia, Thomas skipped past the usual bonhomie that justices express about their colleagues - that they disagree vigorously but respect and admire each other.

Asked about that by a questioner, who wondered how a friendly respect for ideological differences could be fostered in Congress and other institutions, Thomas replied:

"Well, I'm just worried about keeping it at the court now."

As he had the week before, he praised a previous court - one headed by Chief Justice William Rehnquist and with Justice Stephen Breyer as its junior member - as a "fabulous court." It ended with the appointment of Chief Justice John Roberts after Rehnquist's death in 2005, and now Thomas and Breyer, who retires at the end of the term, remain.

"This is not the court of that era," Thomas said. "I sat with Ruth Ginsburg for almost 30 years, and she was actually an easy colleague for me. You knew where she was, and she was a nice person to deal with. Sandra Day O'Connor you can say the same thing; David Souter, I can go on down the list."

"The court that was together 11 years was a fabulous court. It was one you looked forward to being a part of."

Thomas was in conversation with a former law clerk, John Yoo, a professor at the University of California at Berkeley. Yoo did not ask the justice about recent controversies involving Thomas's wife Virginia "Ginni" Thomas, who was a staunch defender of President Donald Trump and whose texts with Trump's chief of staff regarding legal schemes to challenge Trump's 2020 election loss have come to light.

Before those numerous texts were published by The Washington Post and CBS News, Thomas was the only member of the court to side with Trump's request to withhold White House documents from the congressional committee investigating the Jan. 6, 2021, riot at the Capitol. Thomas did not explain his vote in the court's short order denying Trump's emergency request, and Democrats in Congress have cited his participation as evidence of a need for a stringent ethics and recusal code at the Supreme Court.

Thomas briefly recounted battles with the left, which he said tried to keep him off the court "because of abortion." While saying at his confirmation hearing that he had never considered the correctness of Roe, Thomas joined an opinion just months later saying the precedent should be overturned.

Thomas said conservatives have never employed the harsh tactics of the left.

"You would never visit Supreme Court justices' houses when things didn't go our way," Thomas said. "We didn't throw temper tantrums. I think it is incumbent on us to always act appropriately and not repay tit for tat."

Asked if conservatives were living up to the "mantra" of civility in politics, he said: "They've never trashed a Supreme Court nominee. The most they can point to is Garland did not get a hearing, but he was not trashed."

Thomas was referring to Attorney General Merrick Garland, who as a judge was President Barack Obama's nominee to replace Scalia after his death in 2016. Sen. Mitch McConnell, R-Ky., then the Senate majority leader, refused to schedule a confirmation hearing.

"It was a rule that Joe Biden introduced, by the way, which is you get no hearing in the last year of an administration," Thomas said. He did not mention that Republicans pushed through Justice Amy Coney Barrett's nomination to replace Ginsburg just weeks before Election Day in 2020.

Thomas did not speak directly about any of the issues before the court, but he was asked about stare decisis, the doctrine that generally says past decisions of the court should be respected and rarely overturned. It is addressed at length in Alito's draft opinion that would overturn Roe.

On the current court, Thomas is the least loyal to the doctrine. "When someone uses stare decisis, that means they're out of arguments," he said. "They're just waving the white flag."

At another point in the speech, he lamented those who lack "courage." He continued: "Like they know what is right, and they're scared to death of doing it. And then they come up with all these excuses for not doing it." It was not clear whether he was referring to some of his conservative colleagues, whom he has criticized in past opinions for not moving quickly enough to right what he has seen as wrongs in the court's past decisions.

Under Yoo's questioning, Thomas offered up a familiar list of grievances: liberal Yale Law School, where he received his degree; intolerance of conservative views on college campuses; and "elites."

In a room filled with Black conservatives, Thomas talked about being free to make his own choices, which put him at odds with the political views of other African Americans.

© 2022 A product of The Washington Post News Service & Syndicate. All rights reserved