By Ingrid Jacques The Detroit News/(TNS) 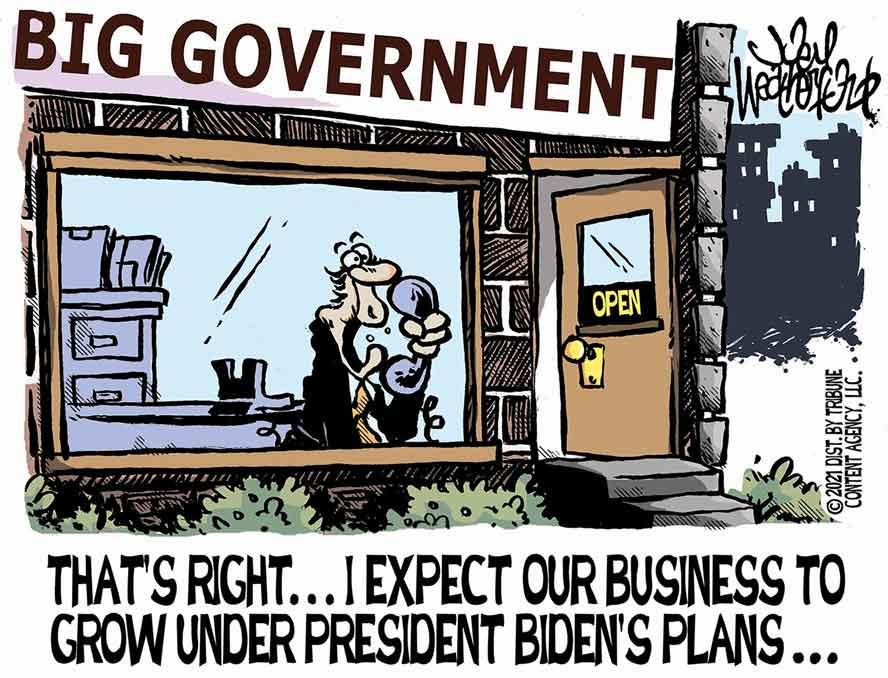 Two years ago, as the pandemic descended, I think most of us were startled by how much power it turned out governors and administrators had to rule our lives.

In March 2020, Cato Institute legal expert Walter Olson told me that the Constitution does offer the executive branch and states significant authority to address threats to public safety — but those powers are supposed to come with a time limit.

"The government must put away these dangerous weapons once the emergency is over," he said at the time.

That's stayed with me. Because anyone who tracks government knows once it gets a taste for more power, it doesn't usually

That's stayed with me. Because anyone who tracks government knows once it gets a taste for more power, it doesn't usually give it up.

That's stayed with me. Because anyone who tracks government knows once it gets a taste for more power, it doesn't usually give it up.

Wall Street Journal opinion columnist Kimberley Strassel is a keen watcher of the government, and last week I spoke with her when she was in Grand Rapids for a Mackinac Center for Public Policy event. She says the unchecked expansion of bureaucracy is a real threat to our liberty.

"We've been seeing this increasingly large risk from the growth of the administrative state for some time now," Strassel says. "It's been interesting to see the degree to which COVID highlighted it."

She points to states like Michigan as some of the worst examples of government heavy-handedness during COVID. Gov. Gretchen Whitmer unilaterally controlled the state for much of 2020 until her emergency powers were ruled unconstitutional, and then she turned to the state health department to issue nearly identical orders.

Just one year ago, recall that Michigan's workplace regulators were crafting permanent rules that would have forced masking and other measures indefinitely. Luckily, those got scrapped.

The overreach is even more pronounced at the federal level. And it started before the current administration. Former President Donald Trump abused his federal powers in 2019 when he declared a national emergency at the border to work around Congress and build his wall. That set a bad precedent of ruling by emergency.

Now, President Joe Biden keeps extending the national "public health emergency," which has offered the rationale for intrusive government edicts, such as the eviction ban, vaccine mandate on private businesses and the public transportation mask mandate.

The courts have struck down all those measures in the past year. That's a positive development, as it's been the courts' refusal to enforce the separation of powers that helped spur the administrative state. Combine that with Congress' inability to do anything but pass gigantic spending bills, and you get our current situation.

"It's created this huge vacuum, and nature abhors a vacuum," Strassel says. "And in it rushes an army of faceless bureaucrats, fueled by the ever-increasing size of government."

Look no further than Homeland Security's new "Disinformation Governance Board" and the department's appointment of Nina Jankowicz to head the Orwellian-sounding body. It's hard to miss the irony that Jankowicz, who is supposedly an "expert" on these matters, originally dismissed the Hunter Biden laptop story as Russian disinformation — a story now confirmed as true even by initially reluctant media outlets.

Is it really a good idea to have partisan bureaucrats telling us what to believe?

The Biden administration is pushing a government that controls ever more aspects of our lives, and though officials may deny that, the evidence speaks for itself.

"It's pretty obvious that they are," Strassel says.