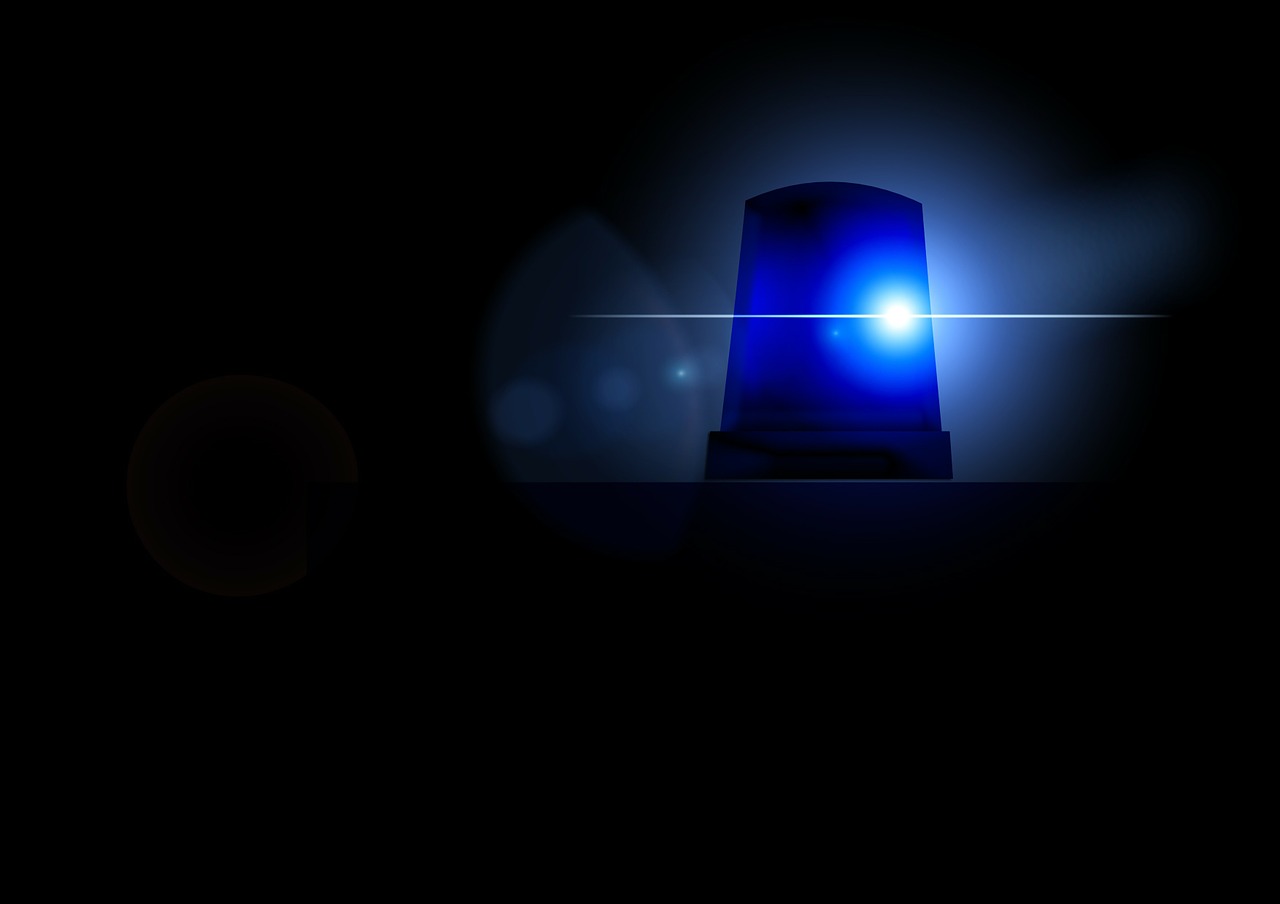 I suppose I might be more optimistic if we hadn't gone through this already with 9/11 - when, as it happens, some serious quarantine might actually have worked. That is, if the western world had been able to bring itself to say, "You know what - and with all due respect to you millions of peaceful Muslims? But we think it best to self-isolate from the contagion of the Koranovirus for a few years and halt all mass immigration from the Islamic world for the duration..."

Instead, we were so anxious not to be thought Islamophobic that we doubled the rate of Muslim immigration - and let the burdens of the 9/11 all-seeing security state mostly fall on our own citizens. So, for example, surveillance powers intended to ensure our intelligence agencies get a head's up on what Ahmed's planning from his cave in Waziristan are used by Obama, Biden, Clapper, Brennan, Comey et al to spy on Carter Page and Michael Flynn and who knows who else.

Emergency without end is the staple of almost every futuristic dystopia - and that's true for real life, too. So Americans shuffle shoeless through the airports for twenty years while their governments negotiate with the very organization that enabled those attacks - the Taliban - to restore them to power. Is a culture that cannot see off goatherds with fertilizer really going to rouse itself to decouple from a global superpower that supplies everything from its crappy "These Colors Don't Run" T-shirts to its surgical masks and pharmacy medications?


For my own part, I have been reading ancient accounts from Occupied France and Vichy for tips on finding workarounds for restraints on the citizenry. As wily and innovative as the French Resistance were, I wonder if their efforts would even be possible in an age when cheap Chinese-made drones can hover unseen and monitor every conversation.

On the other hand, as I wrote a decade ago in After America:

In the Panopticon State, the Shadowlands are thriving: a state that presumes to tax and license Joe Schmoe for using the table in the corner of his basement as a home office apparently doesn't spot the half-dozen additional dwellings that sprout in JosĂ© Schmoe's yard out on the edge of town. Do-it-yourself wiring stretches from bungalow to lean-to trailer to RV to rusting pick-up on bricks, as five, six, eight, twelve different housing units pitch up on one lot. The more Undocumented America secedes from the hyper-regulatory state, the more frenziedly Big Nanny documents you and yours.

This multicultural squeamishness is most instructive. Illegal immigrants are providing a model for survival in an impoverished statist America, and on the whole the state is happy to let them do so. In Undocumented America, the buildings have no building codes, the sales have no sales tax, your identity card gives no clue as to your real identity. In the years ahead, for many poor Overdocumented-Americans, living in the Shadowlands will offer if not the prospect of escape then at least temporary relief.

As America loses its technological edge and the present Chinese cyber-probing gets disseminated to the Wikileaks types, the blips on the computer screen representing your checking and savings accounts will become more vulnerable. After yet another brutal attack, your local branch never reconnects to head office; it brings up from the vault the old First National Bank of Deadsville shingle and starts issuing fewer cards and more checkbooks. And then fewer checkbooks and more cash. In small bills.

The planet is dividing into two extremes: an advanced world — Europe, North America, Australia — in which privacy is vanishing and the state will soon be able to monitor you every second of the day; and a reprimitivizing world — Somalia, the Pakistani tribal lands — where no one has a clue what's going on. Undocumented America is giving us a lesson in how Waziristan and CCTV London can inhabit the same real estate, like overlapping area codes. There will be many takers for that in the years ahead. As Documented America fails, poor whites, poor blacks, and many others will find it easier to assimilate with Undocumented America, and retreat into the shadows.

Even without governors terrorizing those tavern-keepers or hairdressers who defy them, the lockdown has exaggerated the contradictions: The state wants open borders for "migrants" but a security perimeter around the homes of its citizens. Maybe the absurdities become so obvious that there is widespread rejection of them. Or maybe, one by one, the poor put-upon over-surveilled citizenry take a cue from their undocumented non-brethren. Perhaps I should just mug an illegal immigrant and steal his fake ID...

The emergency is already feeling permanent. It starts with the social norms: Dr Fauci tells us the handshake is gone for good. That's not a small loss. I don't care for the suggested replacements, like the lame-o hand-on-heart gesture. I bow from the neck to the Queen - and just last year I did so to her Canadian vicereine, Mme Payette. Her Excellency then stepped forward and gave me a hug. But I don't suppose she's doing that anymore...

People ask me why I haven't been on TV lately. Well, I mainly like going on TV to behave like a person who's on TV. So, if you notice, on the "Fox & Friends" live-audience shows, I come bounding in like Tigger and do a lot of gladhanding with those on the aisle (including the odd hug), and then I give Steve and Brian manly handshakes and do a little light kissy-kissy with Ainsley. And all that - the basic language of telly for seventy years - is gone, apparently forever.

I like duetting, and it occurred to me the other day that I'll never again see a real duet - like this impromptu one from Frank and Dinah at the end of her show one night in the early Sixties. Stay tuned for Sinatra's "Yeah" at 2-23, because its like shall not come again:

The WHO, the Beijing public relations firm whose pronouncements the BBC, The New York Times et al insist on taking as gospel, now says Covid-19 is here to stay - like HIV. With HIV, it wasn't that difficult to avoid catching it, because it required the exchange of bodily fluids, which is a fairly intense and specific degree of intimacy. With Covid, we are rolling a protective condom down over every routine social intercourse.

~The new condom is the face mask. I agree with Laura Rosen Cohen that it's the Corona niqab - because my basic objection to the burqa and hijab has always been that covered citizens are not compatible with an open society. But the same state that told us a month ago that we didn't need masks and they don't protect you anyway is now dispatching its CoronagruppenfĂĽhrers to beat us up and handcuff us in front of our toddlers for wearing them incorrectly:

NYPD officers escorted a young woman with her toddler (both wearing masks) up the subway platform stairs, then forced her to the ground & handcuffed her, in Brooklyn this afternoon.

Scenes such as the above are starting to seem kind of permanent, too, aren't they?

Meanwhile, the cartel of woke billionaires who control access to the entire repository of human knowledge are tightening their grip on free speech. When it comes to Coronavirus, you're free to agree with what the WHO and the government are saying - even though what they say this week may disagree with what they said last week. But, if you're two California doctors calmly explaining why their experience with actual patients differs from the pronouncements of Anthony Fauci (who hasn't seen a patient in two decades), YouTube will ban you in the public interest.

How many of you truly believe that model of "free speech" will remain confined to Covid-19? I've been in a First Amendment lawsuit for eight years - but right now, as a practical matter, the GoogleYouTube-Facebook duopoly's definition of free speech supersedes the First Amendment. And I still get complaints from so-called "conservatives" about why they can't access The Mark Steyn Show direct from Google Play. Carry on hammering in your prison bars, guys...