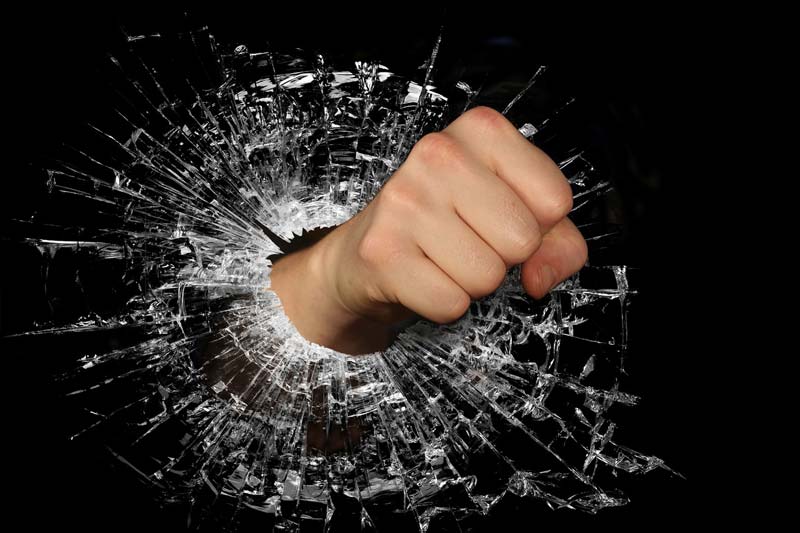 The left destroys everything it touches — or at least everything it gets control of. This was not necessarily true when leftists called themselves "liberals." But now that traditional liberalism is passé, its place taken by "progressivism," it is a foregone conclusion.

I was reminded of this yet again when reading an article in The Nation titled "Want to Dismantle Capitalism? Abolish the Family." It was an interview with Sophie A. Lewis, author of the book "Full Surrogacy Now: Feminism Against Family."

What a grand repository of idiocy this is. Lewis calls herself a "repro-utopian." Pregnancy, childbirth and mothering are unpaid work, Lewis insists, which should be done by paid surrogates, rather than genetic mothers. She favors "sodomitical maternity" (which she translates as "structurally queer"). Children should not "belong" to anyone — that only perpetuates the notion of property, a fixture of the capitalist system she seeks to undo. One who bears a child is not a "mother" but a "gestator." Parenting should be "collective." The relationship between parent and child should be "comradely."

Capitalism, which Lewis and plenty of her progressive fellow travelers despise, has alleviated the extreme poverty of over 700 billion people just in the past 20 years. It is estimated that in the past 40 years, the number of those living in extreme poverty (less than $2 a day) has halved. Noted economist and author Deirdre McCloskey has written extensively that when combined with (18th-century) liberal ideals of political freedom, equality and individual liberty, entrepreneurial capitalism has transformed the standard of living on the planet in ways unprecedented in human history. And contrary to the popular progressive narrative, it is the poorest on the planet who have benefited most.

Lewis is ambitious even by idealistic progressive standards. It isn't enough to make capitalism collapse; she seeks to do it by attacking the foundational structure of human society itself: the nuclear family of father, mother and children, disregarding common sense as well as scientific research that demonstrates the bond between (biological) mother and child, and the importance of both parents (ideally, married) to healthy child development.

But "the party of science" pays no more heed to what the social sciences tell us than it does the biological sciences. Nor does it care when its current positions directly contradict earlier progressive priorities. For example, progressives characterize themselves as "feminist" but are now insisting that "trans women" (biological males who identify as female) must be able to compete against females in sports. Surprise, surprise — these athletes trounce biological females. How does this help advance the equality of biological females in sport? It doesn't — and, apparently, it doesn't matter. (One wonders why we cannot just create a "trans" category and let all trans athletes compete against one another. Would progressive activists complain that it's not fair for trans men to compete against trans women, who have a biological advantage?)

Progressive policies have all but destroyed mainline Protestant churches. Membership has plummeted, thanks in large part to the abandonment of core theological principles (like salvation from Jesus Christ and biblical inerrancy) in any effort to appear more "relevant." A prime example was the 2009 appointment of abortion activist Katherine Ragsdale as head of the Episcopal Divinity School. (Ragsdale infamously gave a speech in which she proclaimed, as reported by World Magazine, "Abortion is a blessing, and our work is not done.") And they are gunning, big time, for the Catholic Church, weakened as it is by the festering wounds of pedophilic and homosexual sex scandals.

Their educational policies (like wasting time on pornographic "sex education" instead of academic fundamentals) have damaged the public school system — and then they seek to trap people in it by eliminating alternatives like charter schools, vouchers and scholarships. (Hint: If the schools are excellent, people will beat the doors down to get and keep their children there. But — oh, no! — that is a capitalist market principle.)

The progressive notion of no-fault divorce was supposed to be a win-win. It collapsed the marriage rate and cast millions of women and children into poverty.

Progressives still support the "sexual revolution" — sexuality unfettered by cultural mores like modesty, self-discipline and sex within marriage. One tragic consequence has been the explosion of sexually transmitted diseases, especially in young people ages 15 to 24.

And abortion had to be legalized once promiscuity became de rigueur ; that was the inevitable consequence of an attitude about sexuality that bifurcated sexual pleasure from the role of sex in the reproduction of the species. The reported result is over 60 million babies aborted in the United States since 1973. Black Americans have suffered greatly under the present abortion regime: Three times as many African-Americans have died by abortion since 1973 than by all other causes combined , according to BlackGenocide.org. Black women make up only about 13% of the female population of the United States but have 36% of all abortions in the country.

And speaking of black Americans, progressive welfare policies have all but destroyed the black family in the United States, creating incentives to give birth outside of marriage, thus undermining the role of fathers and creating generations of impoverished mothers and children, including fatherless young men who end up incarcerated in appalling numbers.

Given their record of failure, it's a wonder that anyone takes progressives and their proposed policy platforms seriously today. But a record number of candidates in the Democratic Party are running as unabashed progressives, which means that someone is taking them seriously.

And that is a serious problem.