Are Dem Voters Fed Up, Too? 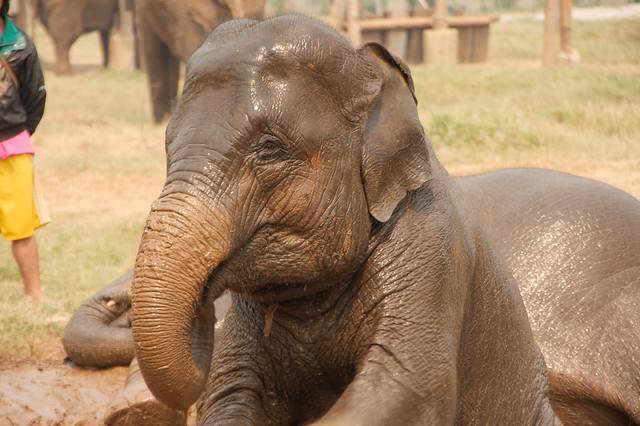 Maureen Dowd's and Frank Bruni's recent columns in the New York Times, as well as Hillary Clinton's autocratic "Emailgate" press conference on Tuesday, have me wondering: for all the talk of fractures among Republicans, aren't there any Democrat voters who are fed up with the state of affairs in their party?

Dowd seems to think the bloom is off the Clinton rose. She writes: "Everyone is looking for signs in how Hillary approaches 2016 to see if she's learned lessons from past trouble. But the minute this story broke, she went back to the bunker. ...Everything needs to be a secret ... Yet the Clintons always act as though it's bad form when you bring up their rule-bending. They want us to compartmentalize, just as they do, to connect the dots that form a pretty picture and leave the other dots alone. ... Why is it so hard to be straight and direct and stand for something? ... Given all the mistakes they've made, why do they keep making them?"

And this was before the press conference. Hillary's defiant refusal to turn over her server, destruction of evidence and self-serving assurances that no wrongdoing had been committed, smacked of a South-American dictator. Since when does someone accused of impropriety get to define propriety and walk away?

Democrat voters, aren't you sick of all this? The posturers who pretend to be populists while they gallivant around on private jets and speak for 30 minutes at a quarter of a million dollars a pop?

Aren't you tired of (barely) closeted Marxists such as the Obamas who apologize for America, cripple our military, alienate our allies, bow to dictators and make lame excuses for barbaric behavior?

Aren't you irate at lawmakers who lie to us about 1000-page laws they don't read before subjecting us to them and exempting themselves? Don't trillions of dollars in unpayable debt worry you?

Aren't you concerned about a border that hundreds of thousands of people cross, unhindered by law enforcement? In today's climate of global terrorism, isn't that egregiously irresponsible? Don't you think it's odd that our government not only refuses to enforce our immigration laws but sues the states that are trying to? How is any of this "fair" or "safe" for American citizens or those who aspire to be?

Ronald Reagan famously said, "I didn't leave the Democratic Party; the party left me." How many of our parents and grandparents feel the same way? How many of them would even recognize today's Democrat Party, much less support it?

Democrats used to be the party of the "little guy": the worker, the small businessman, the farmer, the soldier. Now, our Democrat president and his wife live and travel like bored royalty. Hillary Clinton makes millions from the biggest corporations, and her foundation takes millions from foreign governments. Our largest corporations lobby for legislation and regulations that will stifle innovation and cripple competition from entrepreneurs and small business — and get it. Estate taxes hobble family businesses and farms.

Where is "the little guy" in any of this?

Today's Democrat Party, led as it is by the Clintonistas and the Obamacrats, is not the party of earlier generations. And many of today's Democratic voters must know it. Certainly the press does, which is why it manipulates voters by fostering a climate of deceit and hypocrisy.

The press actively lies about conservative candidates (Paul Ryan didn't want to push seniors off a cliff). It covers up for "their" politicians when they lie (President Obama only "misspoke" when he said 30-plus times that Obamacare would not take people's insurance plans and doctors away). Dissent was "patriotic" when the despised George Bush was in office, but is "racist" when Obama is. And when "racism" isn't an inflammatory enough charge, they trot out "treason." Treason! Meanwhile, we have a president who flagrantly flouts the constitutional limits on his power!

The standard Progressive — for that is what Democrats have become — narrative is that their objectives are so morally superior (and their opponents so despicable) that any means to achieve them are acceptable. The press is more outraged about criticism of Obama than it is about his usurpation of legislative power. But what will protect us when the Constitution's limits on political power have been expediently eroded?

Who cares? It's about getting what we want done, done.

Why does Hillary keep "making the same mistakes"? Maybe, Ms. Dowd, it is because the Clintons — and others like them — have been rewarded for their bad behavior, time and time again. By Democratic voters, certainly. By the press, almost always.

Do you all plan to do something about that?