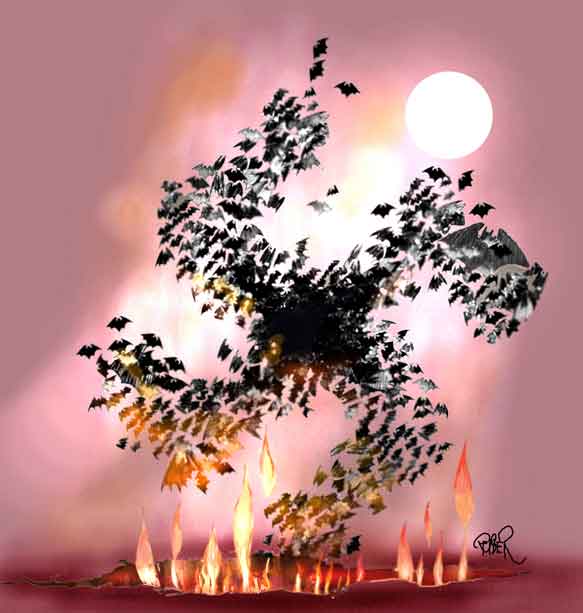 FORT WORTH, Texas — When I first heard about the hostage-taking at Congregation Beth Israel in Colleyville last Saturday, I wasn't immediately convinced it was a targeted act of hate.

Houses of worship are notoriously vulnerable to acts of violence. Indeed, praying is itself a most vulnerable act.

Unfortunately, we've seen faith communities targeted before; for various reasons, with alarming frequency, here and around the country.

And ascribing motive to a perpetrator's actions before more facts are known, while a familiar practice these days, can be dangerous and foolish and is often done solely for political gain.

But as the standoff at Congregation Beth Israel progressed and a gunman held a rabbi and three congregants hostage for hours, it became abundantly clear he was driven by garden-variety antisemitism.

The perpetrator, an armed British national named Malik Faisal Akram, had entered the synagogue and demanded the release of imprisoned jihadist Aafia Siddiqui, a woman whose hatred of Jewish people ran so deep that she reportedly insisted Jews not be on the jury in her 2010 trial.

Hostages said Akram believed that Jewish people have undue political influence and could compel the government to set the convicted terrorist free.

"He terrorized us because he believed these antisemitic tropes that the Jews control everything, and if I go to the Jews, they can pull the strings," Beth Israel hostage Jeffery Cohen told CNN.

Yet even after the facts were clear, there was hesitancy to acknowledge that Akram's choice of target was intentional.

Some pundits worried that the hostage-taker's Muslim identity would spark rampant Islamophobia; if identifying one kind of hatred would ignite another, we should just keep quiet about motive.

Others appeared to suggest that white supremacy was the driving force behind the attack, because antisemitism really isn't an issue.

And as many Jewish writers and thinkers surmised on social media, the stand-off and the motives behind it largely faded from the national headlines within hours of the hostages' successful rescue.

It's difficult to imagine that being the case if the identities of the perpetrator and victims were different.

But that's often what happens when facts fail to fit into prescribed narratives.

That seems to be the problem with the failure to call out antisemitism in general, but is particularly true when doing so is inconvenient or complex.

American Jews — just like American schoolchildren — are extremely unlikely to ever encounter the kind of terror endured by the Colleyville hostages.

High-profile incidents like the assault on a rabbi's home in Monsey, New York, or the Tree of Life synagogue shooting in Pittsburgh are rare and can paint a false sense of everyday danger.

But hateful attacks on Jews have been rising in recent years. And most antisemitic acts receive little attention as such.

That's because sometimes the source of antisemitism is a member of another minority group, and that makes media narratives more complex.

It's because some perpetrators of hate and disdain are darlings of the media or pundits. The founders of the Women's March, who enjoyed glowing profiles in major news publications while their professed admiration for the openly antisemitic, homophobic and misogynistic Nation of Islam preacher Louis Farrakhan went unacknowledged for more than a year.

And it's also because antisemitism is sometimes propagated by people in power, in the soft and subtle bigotry of their words that largely goes unchallenged, and in more obvious ways, like the targeting of Orthodox Jewish communities by city and state leaders during COVID-19 lockdowns in New York.

This kind of antisemitism is perhaps the most dangerous.

The casual acceptance of prejudice from sources we support or admire runs deeper. It's more insidious, so it's much more difficult to address.

And it helps make incidents like the Congregation Beth Israel hostage crisis possible.