President should deliver State of the Union --- as planned, and effectively. Here's how 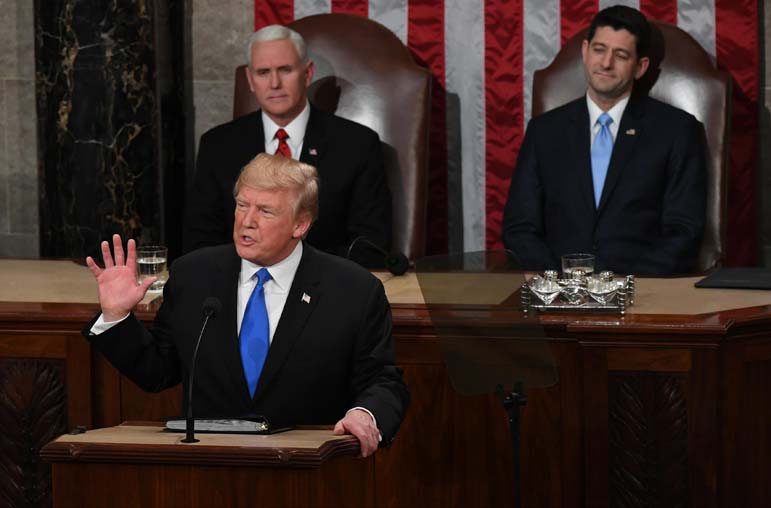 President Donald J. Trump should ignore friendly advice about alternative venues for the State of the Union address. Instead, he immediately should write House Speaker Nancy Pelosi (D-California) and remind her of her January 3 letter inviting him to present his second SOTU on January 29.

Citing supposed safety risks, Pelosi suggested Wednesday that this joint session of Congress be delayed until after the government shutdown. But DHS Secretary Kirstjen Nielsen quickly contradicted Pelosi via Twitter: “The Department of Homeland Security and the US Secret Service are fully prepared to support and secure the State of the Union.”

So, President Trump should embrace SOTU as the ideal opportunity to make his case dramatically on the shutdown.

Standing before leaders in all three branches of the federal government, Trump will have at least an hour to explain the need for a wall to advance broader border security, the rule of law, national security, prevent crime, and control deadly drugs. Trump repeatedly can point to his guests in the House gallery who will embody his points.

• On the rule of law, Trump should identify a legal immigrant who patiently has awaited citizenship, such as my Russian friend who has spent 20 years and some $80,000 in legal fees to become an American. Trump should say: “It’s unfair for illegal aliens to cut the line ahead of these legal immigrants.”

• On national security, Trump should introduce the Border Patrol agent who arrested Mukhtar Ahmad and Muhammad Azeem just north of Tijuana in September 2015. Both of these Pakistani illegal immigrants were on terrorist watch lists.

• On narcotics interdiction, Trump should present Eric Bolling. His son, Eric Chase Bolling, fatally overdosed on a Xanax pill laced with fentanyl. Through July 31, officials seized 1,357 pounds of this severely toxic opioid on the U.S.-Mexico border.

The president then should detail how he has stayed in Washington nearly non-stop, eager to compromise with Democrats. He should discuss his specific offers and concessions. Meanwhile, Pelosi jetted off to Kona, Hawaii. This week, congressional Democrats partied in Puerto Rico. Top Democrats have skipped negotiations, although the Problem Solvers Caucus, mainly backbenchers, spoke with Trump Wednesday. He should praise them, by name, thus isolating Pelosi from these members.

Trump should observe that, yes, walls do work, as confirmed by a 98.1 percent drop in apprehensions at Yuma, Arizona, since a 2005 wall installation there. Trump should quote House Majority Leader Steny Hoyer (D-Maryland). On Fox News Wednesday, Hoyer said about walls: “Obviously, they work some places.” This comment will erect a wall between Nancy and her chief deputy.

Congressional Republicans will cheer Trump’s words and steel his national base. He will look powerful and presidential as GOP applause reinforces his message.

If Democrats also shout praise, they will bolster the president. This would show that, in fact, they share some positions.

But, more likely, if Democrats scowl, pout, boo, or hiss, they will show Americans that they really want zero borders. They really don’t care about the rule of law. They’re not concerned about national security. They have no interest in illegal-alien criminals, even when they murder Americans. And they don’t give a damn about the tons of heroin, fentanyl, and other toxic drugs inundating the U.S.-Mexico border.

Whatever Democrats do, President Trump wins.

All of this would unfold less than a fortnight hence, as two fresh caravans of uninvited illegal aliens march toward the border, making this emergency more urgent by the day. These parades of people who couldn’t be bothered with pesky visa applications make it painfully obvious that America immediately needs a wall, fence, barrier, impediment, hindrance, obstacle, inconvenience, or whatever synonym soothes Democrats’ enough that they approve $5.7 billion for such border security.