Visionaries and Ideology: A study in contrasts 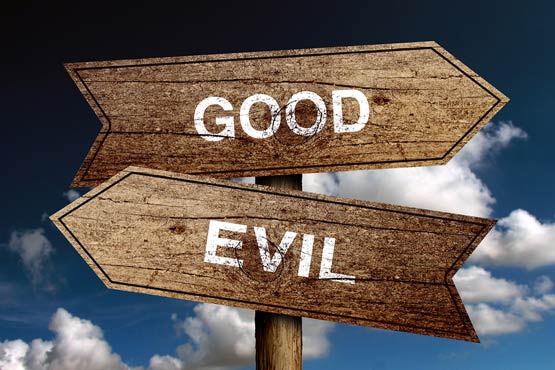 Who knew a trip to New York could be so emotional?

I didn't want to go in the first place. As my 92-year-old student likes to quote: Travelling is for peasants.

But my wife convinced me with simple arithmetic. Four tickets to bring three kids and son-in-law home or two tickets to visit them. No-brainer.

So I went grudgingly, confirming in the end the truism that some of life's most profound moments come not only unexpected but against our will.

Our first stop was the 9/11 museum. I marveled at the artistic vision that had conceived the memorial pools, the water channeling down in rivulets that mirrored the face of the fallen towers, the continuous downward rush balanced by the redemptive feeling of water -- the source of life -- returning to the heart of the world. Here there was solace, closure, and consolation.

But a very different feeling accosted me inside. Almost upon entering the doors a single word brandished itself across my mind's eye: Holocaust.

But then again, yes there is.

First, there is the shock value. 3000 murders compressed into 102 minutes is mathematically equivalent to six million in 139 days. Add to that they psychological trauma upon a nation that thought itself secure within its borders, the ensuing economic crisis, the emotional aftermath, the agonizing reappraisal, the moral uncertainties, and the recriminations that followed and remain woven into the social fabric of America to this day. Then add in the ideology of death and destruction that rejoices in the destruction of perceived enemies even (or all the more so) through self-destruction. Finally, add in the certainty that it could happen again.

These two abominations have much in common.

The images in the 9/11 museum are haunting from the first. The twisted support beams, the bits of recovered debris, the walls of smiling faces of victims all conspire to pierce our hearts with the helpless torment of senseless violence. And around every turn, or so it seemed to me, the words "Remember" and "Don't forget."

Whether the architects of the memorial intended this biblical resonance I cannot say. But those three words are so much a part of Jewish tradition that for me they sealed the connection between the fate of the twin towers and the fate of European Jewry.

Remember what Amalek did to you on the way as you came out from Egypt; how he came upon you and struck down from behind all who were faint and weary; and he feared not G-d. Therefore it shall be... that you shall blot out the remembrance of Amalek from under heaven; do not forget.

Who is Amalek? He is the first terrorist nation in recorded history, the prototype of ideological nihilism and a culture of moral anarchy, the spiritual progenitor of every philosophy of hate and violence and, according to the traditions handed down by the sages across the generations, the ultimate ancestor of the German nation.

Remember what Amolek did to you, and remember why: to erase all awareness that a culture of moral integrity can flourish on this earth. Don't forget, lest you leave yourself vulnerable to his never-ending mission to destroy you. There is only one way to deal with terrorist: blot them out from under heaven, or else they will do the same to you. It is a simple matter of self-preservation.

My handkerchief was damp before I left the museum. The magnitude of the destruction perpetrated by unadulterated hatred and evil was overwhelming. If we don't fight against it, we become party to it. If we don't acknowledge it for what it is, we allow it to consume us. And yet every visitor will leave this hallowed place and promptly lose himself in the vanities and trivialities of everyday life… myself included.

But this was only the first part of my New York epiphany. The second would come a few days later, when my wife led me into Federal Hall.

The site of George Washington's inauguration provided as emotional an experience as the 9/11 museum. Here was a shrine to visionary ideology, not distorted into evil but elevated to the highest imaginable strata of human aspiration. Here, a fledgling nation conceived in the minds of practical dreamers took its incipient steps toward the lofty goals of justice, virtue, and equality before the law in a true meritocracy. Here, the noblest impulses of man forged a society out of shared values that had never been applied, never been attempted, never been imagined beyond the musings of political fantasy.

The obstacles had been myriad and megalithic. The chances of success had been spare. The need for compromise and cooperation had required superhuman resources of selflessness, humility, and a sense of common purpose. The collective will to succeed in their grand vision was the bond that overcame their differences, and the resourcefulness born of desperate times guided them to find solutions to their most intractable problems. And if our democracy today is slipping into a sad shadow of what it was conceived to be… well, it still stands alone in the world as a symbol of the ideals and the responsibilities of freedom.

May we find the wisdom to follow the way of heroes.

Yonason Goldson, a Talmudic scholar and former hitchhiker, circumnavigator, and newspaper columnist, lives in St. Louis, MO, where he teaches, writes, and lectures. Visit him by clicking here.