Hang in there, America, and give thanks 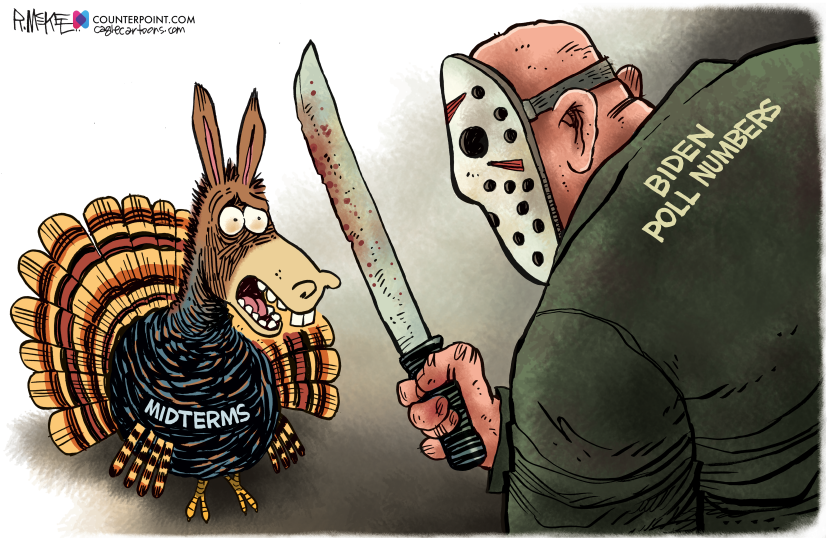 The other day, I ran into someone who was too discouraged to give thanks for much of anything.

Heâ€™s convinced the world is going to end and the USA â€“ led by what the politicians running California are doing to ruin this once great state — is going to hell in a handbasket.

I admit I found it hard to disagree with him.

Thanks to the general incompetence and sabotaging of the economy by the Biden administration, the country has been thrown into chaos and disarray.

Inflation is spiking. The prices of gas and food and used cars and houses have already spiked. So have crime rates and drug ODs and suicides.

Our police forces and the judicial system have been deliberately weakened. And now we have organized smash-and-grab gangs brazenly looting shopping malls and Beverly Hills jewelry stores.

Meanwhile, thereâ€™s the serious harm that’s been done to Americaâ€™s economy â€“ and its basic freedoms — by the federal and state war against COVID-19.

Government mismanagement has destroyed hundreds of thousands of small businesses, thrown millions out of work and split our already politically split country into two new camps — one that’s for vaccine mandates and one that’s against them.

But you know what, I told my friend, a lot of Americans felt exactly the way he does today at the end of the 1970s.

Remember the Cold War? The defeat in Vietnam? The long lines at gas stations? How about double-digit inflation and chronic sky-high unemployment?

Remember how disgracefully our returning Vietnam vets were treated? Spat upon? Afraid to wear their uniforms in public?

We had just as many serious ills during that miserable decade as we do now â€“ plus bell bottoms, disco and a president named Jimmy.

But Americans have the innate ability to right our ship of state no matter how far it lists to the left.

Thatâ€™s what we did in 1980 when we elected my father and put the country back on the right track.

Within a few years inflation was 3 percent, oil and gas were plentiful and America was back better and stronger than ever.

We were able to make that comeback because, thankfully, America has elections every two and four years that allow us to correct our worst mistakes in a short amount of time.

Thatâ€™s what is going to happen next fall.

Just as the voters in Virginia righted their ship earlier this month by crushing the state’s Democrat incumbents, in the 2022 midterm elections the American people are going to sweep the Democrats out of power in Congress on a mighty Red wave.

Until then, let’s enjoy this Thanksgiving weekend by thinking of the many things to be thankful for in our great country.

Start with your family, as I always do.

Other than thanking each one of them for the good and loving people they are, I specifically give thanks to my wife Colleen for all she does for our family.

As I always tell people, if it werenâ€™t for her, Iâ€™d be living in a tent under an overpass on the Hollywood Freeway.

I give thanks to my son Cameron and daughter-in-law Susana for having two wonderful grandkids, Marilyn and Penelope.

And I also give thanks to my daughter Ashley for being a great kindergarten teacher and for helping us in so many ways with our Reagan Legacy Foundation.

Look, itâ€™s OK to be discouraged by all the things that are going wrong in Bidenâ€™s America.

We should be mad as hell at the evil political stuff that Old Joe and his progressive wrecking crew are doing to trash the country.

But this Thanksgiving weekend is not just a good time to get away from politics, sit down and watch your favorite pro or college football teams on TV.

It’s also a perfect time to reflect on the enduring greatness of America — and to be thankful that we can right our ship so quickly.