The paths of the hated 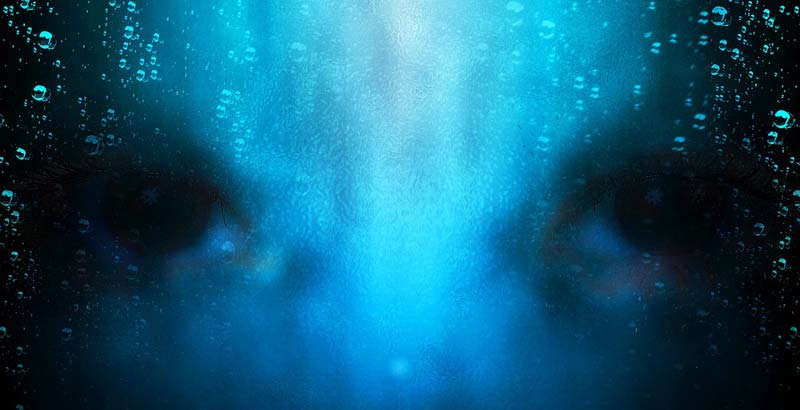 A single family of 12 tribes numbering 70 souls -- the Jews who descend to Egypt -- grows into a nation, and a nation grows into its destiny. The book of Genesis records the formation of the family, the book of Exodus records the history of a people. That history begins in suffering, continues in liberation, and ends in the acceptance of a spiritual truth and a world mission.

At the beginning of Exodus we face the beginning of the people's history: suffering. Hatred overcomes the Egyptian Pharaoh; the subjugation of the Jewish people begins. The whole story is a study in hatred. The anti-Semitic mentality, the patterns of bigotry, the tactics of oppression, are all laid bare. There is a parallel story here. Seemingly hidden, it is actually told simultaneously with the story of hatred. This is the story of being hated. The story not of the oppressor, but of the oppressed, not of the qualities that impose suffering but that respond to suffering. The opening chapters of Exodus detail how the first Jews who suffer as a nation respond stubbornly, painfully and successfully.

Pharaoh, fearing Jewish population growth, enslaves the Jews. In making them build storage cities, Pharaoh puts them under crushing labor. Their response? "As much as the Egyptian taskmasters would oppress the Jewish nation, so it would increase" (Exodus 1:12). Pharaoh instructs the Jewish midwives to kill all male newborns; the midwives evade his order. Pharaoh then instructs the Jewish people to kill the male newborns whom the midwives delivered; the nation evades the order.

This is the first response to being hated: grow. Ask not how the children will live, just conceive and bear them. Fight the threat of decimation demographically. Bear the children, no matter what. In Egypt, they faced death in the Nile; 3,000 years later, in much of Eastern Europe, the Jews faced bitter poverty and pogroms. In both periods they witnessed some of the highest rates of population increase in Jewish history. Suffering spurred commitment. Even in the concentration camps Jewish women bore Jewish children. Their prototype is Moses. He is born under duress, at pain of death.

Then, when alive, he is hidden to avoid being put to death. He survives due to defiance -- the second response to being hated. Defiance is separate from the will to bear children, because defiance implicates more than the parents. It implicates the midwives and other family members who know of the demographic conspiracy. Jewish midwives, two of whom are named and praised in this week's Torah portion, defy Pharaoh at risk of death.

The third response to being hated is collaboration. Once Moses' mother and midwife successfully bring him into the world, he cannot survive without the aid of the enemy. Hidden in the Nile, Moses is discovered by no less than the daughter of the ruler who has decreed that all Jewish male newborns be killed. Pharaoh's daughter takes mercy on the child. Seeing this, Moses' older sister Miriam shamelessly and effectively collaborates with Pharaoh's daughter. Miriam convinces her to let a Jewish woman - Moses' own mother! - nurse him; and, of course, Miriam knows that if Pharaoh's daughter is to be Moses' sponsor, Moses must be raised in the palace of the enemy. Collaboration!

When Moses grows up he adds the fourth and fifth responses to being hated: violence and exile.

"He [Moses] went out to his brethren and saw their burdens." Moses sees an Egyptian striking "one of his Hebrew brothers" (Exodus 2:11). Notwithstanding his Egyptian upbringing, Moses somehow knows he is a Jew. His response? Violence. He smites the Egyptian dead. He first checks to make certain no one is watching and afterwards hides the body, but he is discovered anyway. Moses' life is in danger. He flees into exile - to Midian.

Violent response to being hated includes retreat. Absolute repugnance over evil, such as Moses' violent response to an Egyptian pummeling a Hebrew slave, is not sufficient. Total response to being hated enlarges the framework of violence to include reflection, planning and spiritual identity. From David hiding from King Saul and writing psalms, to ancient and modern day Maccabees reciting these psalms, successful warriors and revolutionaries act dialectically: reflexive violence, followed by exile for spiritual growth and tactical refinement, then again action, this time more thought out, powerful and broad-based.

The larger framework that emerges from Moses' exile is the sixth and seventh responses to being hated: leadership based on faith. In exile Moses forges a spiritual identity, both religious and political. His faith and leadership are coextensive, both rooted in holiness.

Arriving in exile, Moses comes upon a well and finds seven Midianite girls watering their father's sheep and in need of rescue from marauding shepherds. Moses rescues the girls. Jethro, their father, takes Moses for a son-in-law.

Shepherding his father-in-law's sheep, Moses moves far into the desert, reaching Horev, the "Mountain of G od." Suddenly there is a bush, burning yet not consumed, an angel amidst the fire. Mysteriously, G od calls Moses -- the first encounter between the "father of the Prophets" and the Creator of the universe. "Moses, Moses," G od calls. "Here I am!" replies Moses. G od addresses his stunned, suddenly G od-intoxicated servant: "Do not come closer here, remove your shoes from your feet, for the place upon which you stand is holy ground" (Exodus 3:5).

Moses is transformed. G od delivers His religious message and political charge: "'I am the G od of your father, the G od of Abraham, the G od of Isaac, and the G od of Jacob.' Moses hid his face, for he was afraid to gaze toward G od. Hashem said, 'I have seen the affliction of My people that is in Egypt. . . I shall descend to rescue it. . . and bring it up. . . to a land flowing with milk and honey. . . And now, go and I shall dispatch you to Pharaoh and you shall take My people the Children of Israel out of Egypt'" (Exodus 3:6-10).

Thus begins the Bible's long religious and political conversation between G od and Moses. The exiled killer of the Egyptian taskmaster is now burdened with this response to being hated: a Divinely imposed mandate to become a leader, to remove not only himself but his whole people from their condition of being hated. Heroic and essential though it may be, demographic growth is not enough. Strength of character though they may evince, defiance and collaboration are not enough. Courage and determination though they may demonstrate, violence and exile are not enough. They all provide partial solutions. Needed is a total solution -- the total redemption of the total people. Accordingly, the Bible's next level of response -- leadership -- requires extensive definition and emphasis.

Moses' leadership is based on faith, which is rooted in holiness and leads to obedience to G od's word. Moses must query G od and G od must instruct Moses for his leadership to be realized.

Moses' long, unique encounter with G od begins with reluctance, queries and quandaries: Who am I? Moses asks. What is G od's name, that I may convince the people I am His messenger? Why should they believe a stutterer like me? G od's replies to Moses' stubborn yet simple questions -- G od's fashioning of Moses into a leader -- include some of the most mysterious and profound verses in Scripture: "I am that I am [is My name]"; "the G od of Abraham, the G od of Isaac, and the G od of Jacob has sent Me to you -- this is My name forever and this is My remembrance from generation to generation"; "Who makes a mouth for man, or who makes one dumb, or deaf, or sighted or blind? Is it not I, Hashem?" "And I will harden his [Pharaoh's] heart and he will not send out the people" (Exodus 3:14, 16, 4:11, 21).

Moses needs these profound teachings because he is not just any leader, his is not just any revolution. The purpose of his leadership -- his response to being hated -- is actually more than total redemption for a total people.

Moses must become a leader of G od to redeem the people of G od to make the world a place of G od. Moses' revolution is at once paradigmatic and unique. His is a response to hatred at once instructive and without parallel.

As a leader Moses acts out the eighth response to hatred: confrontation with the oppressor. Moses and his brother Aaron come to Pharaoh and demand the Jews' liberation. Their spiritual identity firmly anchored, they demand liberation in the name of G od and link the Jews to G od. "Thus said Hashem, the G od of Israel," Moses tells Pharaoh, "let My people go, that they may celebrate unto Me in the desert" (Exodus 5:1).

As the bitter, brutal confrontation between Moses and Pharaoh begins, Pharaoh's initial tactic is to punish Moses. Pharaoh exacerbates the conditions of slavery by instructing his slavemasters no longer to supply the Jews with straw for the bricks. They must gather it themselves, yet meet the same production quotas. Naturally, they resent Moses for this. They see cause-and-effect: Moses visits Pharaoh, their conditions worsen.

Pharaoh seeks to divide and conquer: pit the leadership of the hated group against the rank and file. This leads to the ninth and final response to being hated: blame. "May Hashem look upon you and judge," the people tell Moses bitterly, "for you have made our very scent abhorrent in the eyes of Pharaoh and the eyes of his servants, to place a sword in their hands to murder us!" (Exodus 5:21)

Needless to say, the sequential unfolding of the nine strategies of response to being hated do not dictate the order or combination in which they subsequently will be used. But this is the mix: growth, defiance, collaboration, violence, exile, leadership, faith, confrontation, and blame.