America has shingles. A divided Congress could be the cure 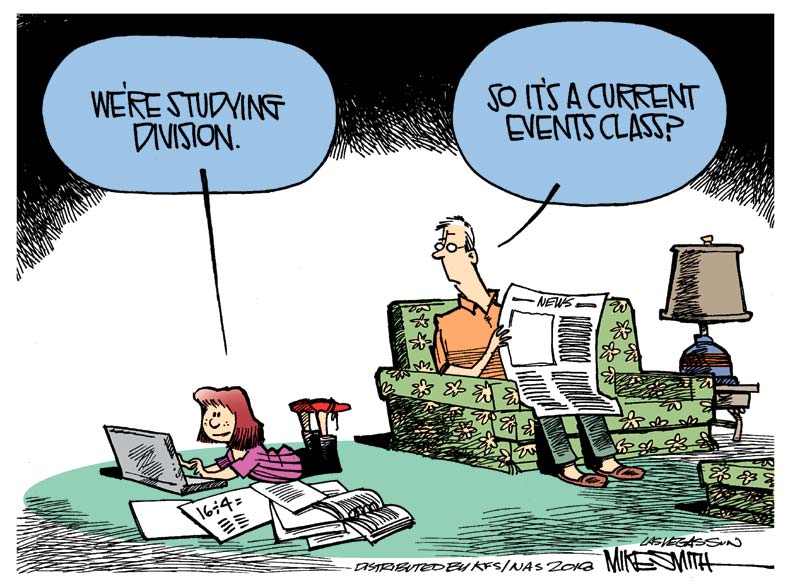 America's body politic has recently been scarred by excruciating political shingles, and 2018 campaigning was equivalent to acid reflux. But Tuesday's elections indicated that some political antibodies are strengthening the nation's immune system.


Tuesday was, on balance, deflating to Democrats, who learned -- or perhaps not -- that despising this president, although understandable, is insufficient. His comportment caused his congressional party only slightly more than half the carnage that Barack Obama's party suffered in the middle of his first term.


The GOP depressingly ends 2018 more ideologically homogenous than it has been for 11 decades. Hitherto, it has been divided between Theodore Roosevelt progressives and William Howard Taft conservatives; between Robert Taft conservatives and Thomas Dewey moderates; between Nelson Rockefeller liberals and Barry Goldwater libertarians. In today's monochrome GOP -- color it orange, for the coiffure of its Dear Leader -- postures range all the way from sycophancy to adoration.


Americans are sensibly parsimonious with their trust, preferring divided government to one party's control of both ends of Pennsylvania Avenue. So, when the 116th Congress adjourns in autumn 2020, the nation will have completed 40 years in which one party controlled the presidency and Congress for only 10.


Tuesday's results refuted two tiresome and shopworn axioms: Americans "vote their pocketbooks," and "all politics is local." This year, Americans voted their competing national aversions, some against the president's palaver, others against those he baited into carpet-chewing tantrums.


America's political dyspepsia produced 2018's surge in midterm voting, which should, but won't, sober those Pollyannas who insist that high turnouts indicate civic health. (In four German elections 1930-1933, as the Weimar Republic crumbled, German turnout averaged 84 percent.) Campaign spending -- about $5.2 billion in House and Senate campaigns over the 2017-18 cycle; about what Americans spend every two years on Halloween candy -- should, but won't, end hysteria about "too much" money spent on political advocacy.


Neither will this redundant evidence of the steeply declining utility of campaign dollars: Beto O'Rourke raised $7 million, then $10 million, then $38 million in 2018's first three quarters, and his Quinnipiac poll numbers were 44 percent in April, 43 in July, 45 in September, 46 in October. Tuesday he received 48.3 percent, and his cable-television groupies, impervious to discouragement, instantly segued to speculation about his possible presidential candidacy.


Tuesday's winners included the Affordable Care Act. Referendums in three crimson states -- Idaho, Utah, Nebraska -- mandated Medicaid expansion (Nebraska's Legislature had rejected it six times), which is Obamacare's arrhythmic heart. And Republican candidates everywhere genuflected at this altar: Pre-existing conditions shall not preclude access to health insurance. Now, however, many Democrats, artists of self-destruction, might forfeit the health care ground they have gained: The 157 million Americans content with their employer-provided health insurance will rightly hear menace in "Medicare for all."


If Nancy Pelosi, the villain in 61,000 Republican ads, is elected House speaker, she will be the first since Sam Rayburn in 1955 to regain that post after yielding it. If she is not elected by House Democrats, who are indebted to her tactical canniness and prodigious fundraising, they will deserve the Prince Felix of Schwarzenberg Trophy: He was the Austrian prime minister who, when Russia sought reciprocal assistance after helping Austria suppress unrest, replied that Austria would astound the world with its ingratitude.


Having strengthened their grip on the Senate, Republicans, who two years hence will be defending 21 seats (Democrats only 12), increased the chance that if they lose the presidency in 2020 they can impede or modify Democratic initiatives. Meanwhile, the Republican Senate can continue staffing federal courts and being what it has been while Republicans controlled the House: the graveyard of House initiatives. Soon, House Democrats can perhaps pore over the president's tax returns, acquaint his minions with oversight, and even test his sincerity regarding his occasional interest in infrastructure magnificence.


John Marshall, the famously amiable future chief justice, participated in Virginia's heated debate -- his adversaries included titans: George Mason and Patrick Henry -- about ratification of the proposed Constitution. He later wrote, "The county in which I resided was decidedly anti-federal [against ratification], but I was at that time popular, and parties had not yet become so bitter as to extinguish private affections."


Amiability could be infectious in a nation weary of politics as Henry Adams defined it in "The Education of Henry Adams" -- "the systematic organization of hatreds." Someday, someone in the upper reaches of politics is going to resort to amiability, as a novelty, and his or her party will prosper.