The best antidote for a bad election is a better election 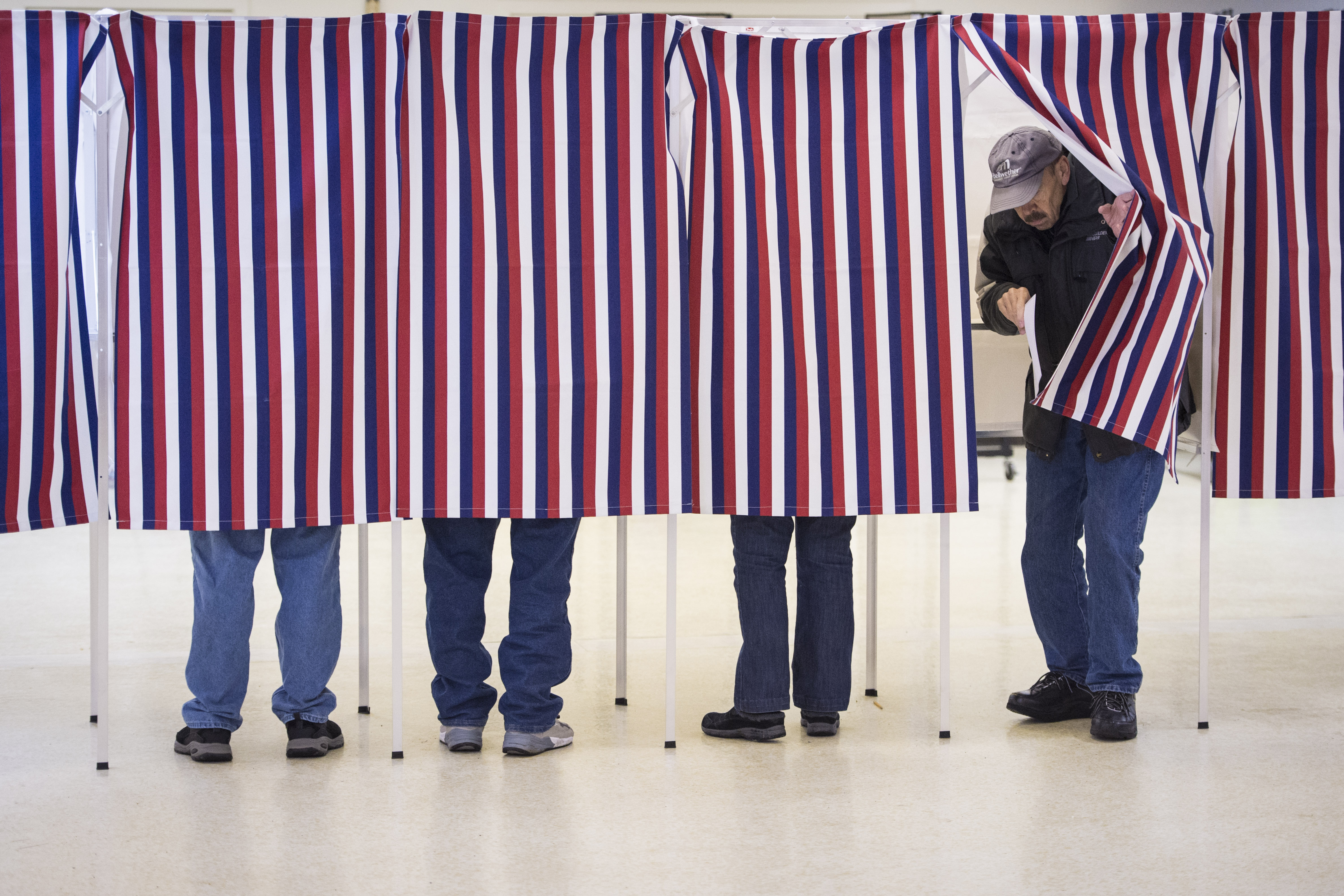 If Donald Trump were to tweet that 9 is a prime number, that Minneapolis is in Idaho, and that the sun revolves around the Earth -- "Make Earth Great Again!" -- would even five Republican senators publicly disagree with even one of the tweets?

This matters in assessing the wisdom of beginning an impeachment process against the president. If every senator in the Democratic caucus were to vote to convict Trump in an impeachment trial concerning articles voted by the House, 20 Republicans would have to join them to remove him from office. So, the likelihood that he will not finish his term is vanishingly small.

What, then, can be accomplished by the impeachment inquiry that was announced just 406 days before the next presidential election? Three things.

First, and not least important, it would augment the public stock of useful information and harmless pleasure to make Senate Republicans stop silently squirming and start taking audible responsibility for the president who they evidently think they exist to enable. Second, it would affirm Congress' primacy.

We have heard too many defensive assertions that Congress is "co-equal" with the executive and judicial branches. It is more than that. As the American Enterprise Institute's Jay Cost notes, Congress is involved in the other branches' actions by determining the size and scope of the other branches. (All federal courts other than the Supreme Court, and every executive department and officer except the president and vice president, are Congress' creations.)

And by confirming or rejecting nominees to executive and judicial positions. And by stipulating those nominees' salaries. And by overriding presidential vetoes. And by exercising the power -- unused since June 4, 1942 -- to declare war. And by ratifying or rejecting treaties, and shaping the military's size and mission. And by initiating constitutional amendments. As Cost says, the other branches are largely incapable of interfering with Congress, which sets its own pay and rules.

Yet today's Republican-controlled Senate, Trump's sock puppet, will not consider legislation that he disapproves -- as though the Senate expressing its own judgment about the public good would be lese-majeste.

Third, articles of impeachment might concern his general stonewalling of congressional inquiries. This obduracy vitiates Congress' role in the system of checks and balances, one purpose of which is to restrain rampant presidents. An impeachment proceeding could strengthen institutional muscles that Congress has allowed to atrophy.

These three benefits from impeachment would not be trivial. But even cumulatively they probably are not worth the costs of impeachment -- costs in time, energy and political distraction. This is so because, regardless of the evidence presented, there is approximately zero chance of an anti-Trump insurrection by 20 of his vigorously obedient Senate Republicans. So, a Senate trial might seem, to the attentive portion of the public, yet another episode of mere gesture politics, of which there currently is too much. And it would further inflame the president's combustible supporters.

As this column has hitherto argued (May 31), impeachment can be retrospective, as punishment for offenses committed, and prospective, to prevent probable future injuries to society. The latter is problematic regarding Trump: What is known about his Ukraine involvement reveals nothing -- )nothing -- about his character or modus vivendi that was not already known. This is unfortunate but undeniable: Many millions voted for him because he promised that the loutishness of his campaigning foreshadowed his governing style. Promise keeping is a problematic ground for impeachment.

Assumption College's Greg Weiner understands what he calls "the politics of prudence," and this truth: "That an offense is impeachable does not mean it warrants impeachment." Impeachment is unwarranted, for example, if the reasonable judgment of seasoned political people is that impeachment might enhance the political strength and longevity of the official whose behavior merits impeachment.

This might be a moment in this nation's life when worse is better: The squalor of the president's behavior regarding Ukraine, following so much other repulsive behavior, is giving many Americans second thoughts about presidential power, which has waxed as Congress has allowed, often eagerly, its power to wane. Impeachment, however dubious, might at least be a leading indicator of an overdue recalibration of our institutional equilibrium.

Nevertheless, the best antidote for a bad election is a better election. The election the nation needs in 400 days would remove the nation's most recent mistake and inflict instructive carnage -- the incumbent mistake likes this noun -- on his abjectly obedient party.